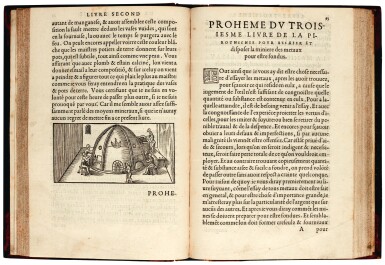 First French edition, though not a particularly respected edition, because of its omissions. The privilege is dated 1552 though it was not printed until a few years later. Jacques Vincent was a prolific translator who died just before publication.

Acheson(n), early inscription on title-page; Thomas Hamilton (1721-1794), 7th earl of Haddington, armorial bookplate on verso of title-page (obscuring the text of the privilege)