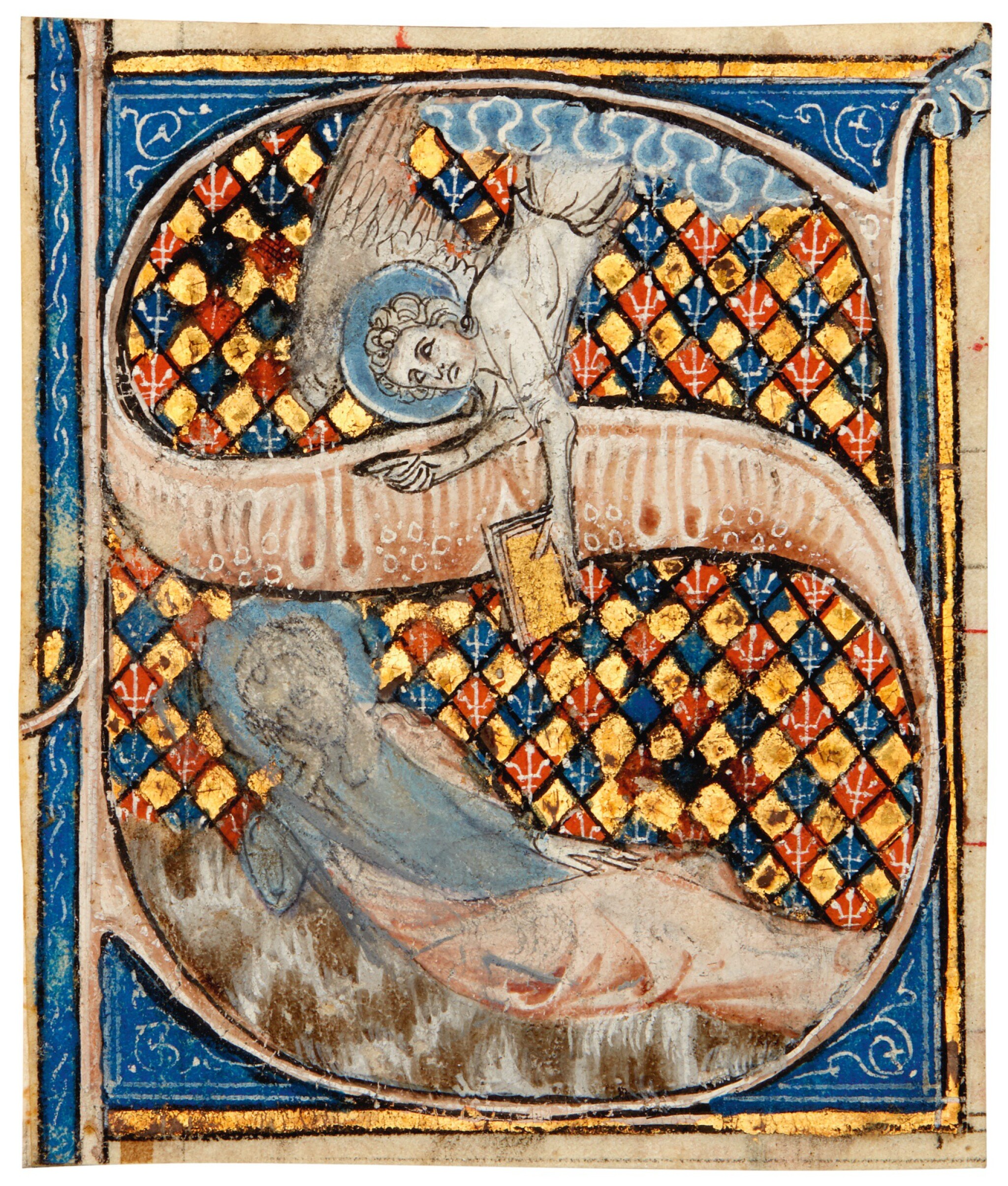 AN ANGEL DELIVERING A MESSAGE

historiated initial on a cutting from a Gradual or noted Missal in Latin [France (Paris?), early 14th century]

Vellum, a cutting, c.75x63mm, with an initial "S" with an angel holding a book and addressing a sleeping figure with a halo, on a diaper ground with tiny fleurs-de-lys, the reverse with portions of text and music in square notation on a four-line red stave (rastrum c.20mm) with a large flourished initial "A"(men), apparently: "[Allelui]a vado ad [eum qui misit me …] Amen", the lower figure partially smudged

The subject of the initial, and the text it introduces, is uncertain but in light of the text on the back, which was sung on the 4th Sunday after Easter, it is perhaps "Sedit angelus", the first antiphon for the following Sunday.

(1) Eugène Rodrigues (1853–1928), Parisian lawyer, connoisseur, and collector of early drawings: included as part of a group of illuminated manuscript cuttings in his anonymous sale (Catalogue d’une vente importante … collection R…, Paris), sold by Muller, Amsterdam, 12–13 July 1931, lot 244 (ill.), attributed to Maître Honoré. Two were resold at Helbing, Munich, 24–25 November, 1933, lots 86 & 87 (ill.); two others are now in the Barnes Collection, Philadelphia, one is at the Princeton Museum of Art, and one is in a private collection in the USA. (2) Anonymous German-speaking owner(s), with pencil inscriptions on the mount, including an attribution to the mid-13th century.

Please, note that a # symbol should be associated to this lot in the printed catalogue. VAT will be applicable on the buyer's premium.