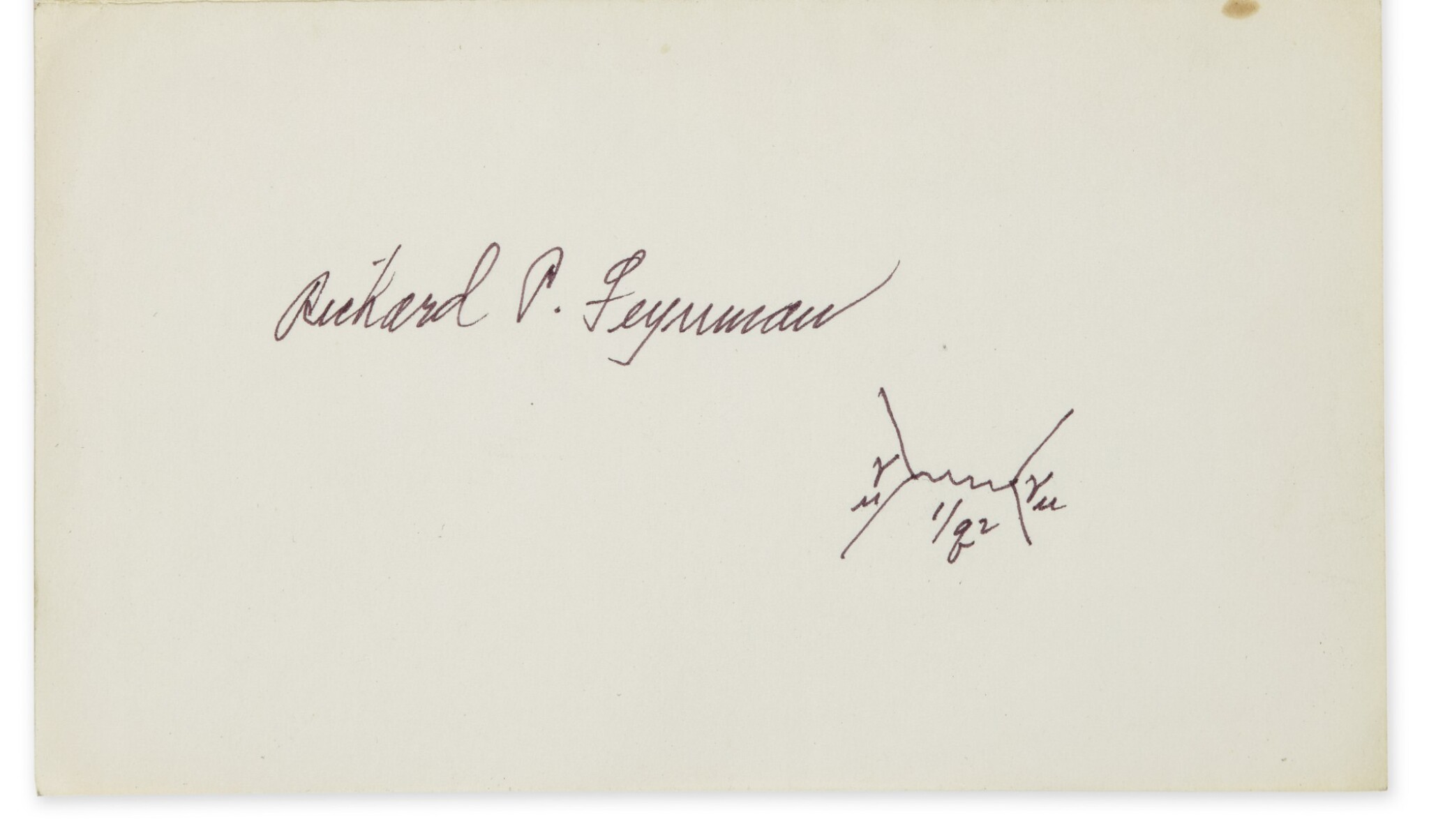 IN THE HAND OF THE MASTER HIMSELF. An autograph abstract in Feynman’s hand of THE FIRST FEYNMAN DIAGRAM, indeed the archetype, which he had devised in 1948–49 to represent the fundamental process of quantum electrodynamics (QED), whereby two electrons exchange a virtual photon. He published a more formal version of this, fully labelled, in the Physical Review on 15 September 1949, and had the same diagram painted on his legendary 1975 Dodge passenger van. This is only the second example of Feynman's signature accompanied by an autograph Feynman diagram seen on the market since 1999 or before, this being a larger, cleaner example, with unbroken provenance since 1983.

Private collector (Arizona), from the author 1983; sold to the present owner