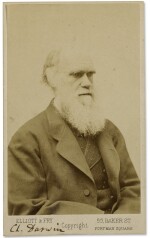 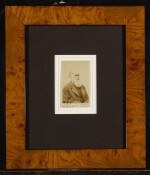 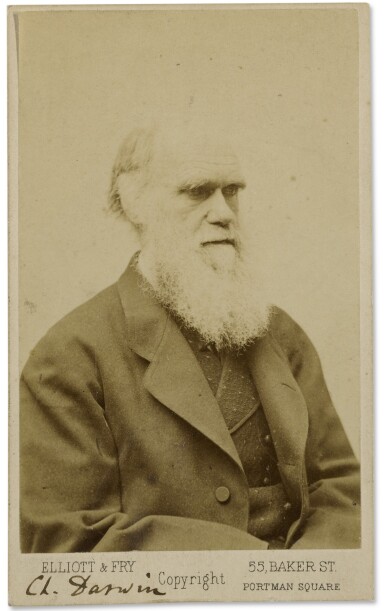 A STRIKING IMAGE OF ONE OF THE MOST INFLUENTIAL FIGURES IN HUMAN HISTORY, SIGNED "CH. DARWIN".

Darwin was very interested in the science of photography and its uses, and sat for many portraits during his lifetime. Photography played an integral role in his Expression and Emotions in Man and Animal (1872), and Joseph Dalton Hooker deemed Darwin’s epistolary exchange of photographic images his “carte correspondence”. Once Expression of the Emotions in Man and Animals was published, Darwin needed an updated carte-de-visite that he could send out to his friends and supporters. He turned to Elliot and Fry, the photographers who had made his most recent cartes. They produced at least four different poses, which Darwin then sent to friends and admirers.