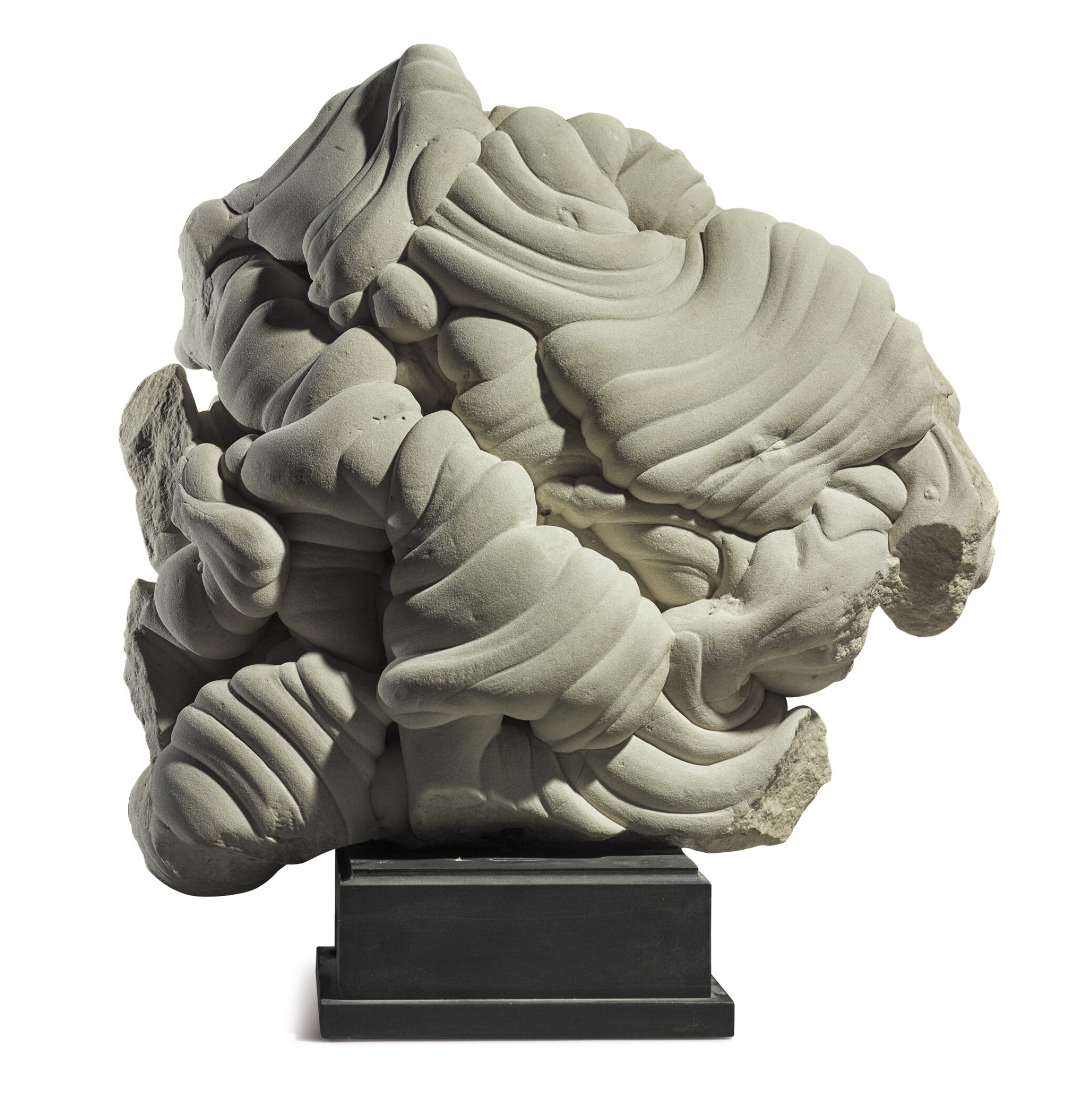 Oligocene (30 million years ago), pale grayish-white sandstone in cascading layers with soft edges, the concretions burgeoning to a rounded assemblage of folds, supported on a custom stand (48 x 48 cm, 51 cm tall on stand).