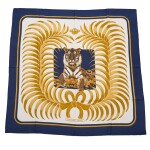 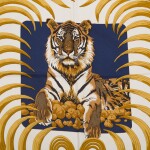 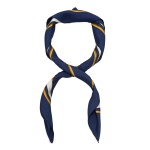 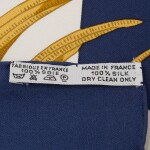 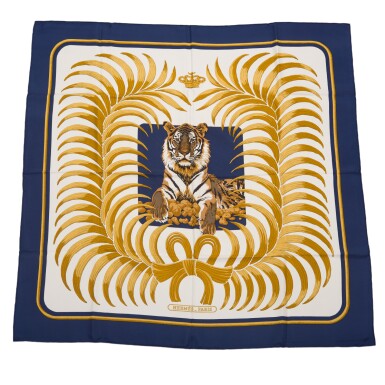 This scarf is in silk twill and in a navy blue colorway with white and gold accents.

It was designed by Christiane Vauzelles, and was originally issued in 1977; it features a regal tiger at the center surrounded by a golden wreath on a white and blue background.

Mint: The scarf has the original rolled edges and original folds. There is a slight dot near one bottom corner that is only noticeable on close inspection.

This lot is offered for sale subject to Sotheby’s Conditions of Business, which are available on request and printed in Sotheby’s sale catalogues. The independent reports contained in this document are provided for prospective bidders’ information only and without warranty by Sotheby’s or the Seller.