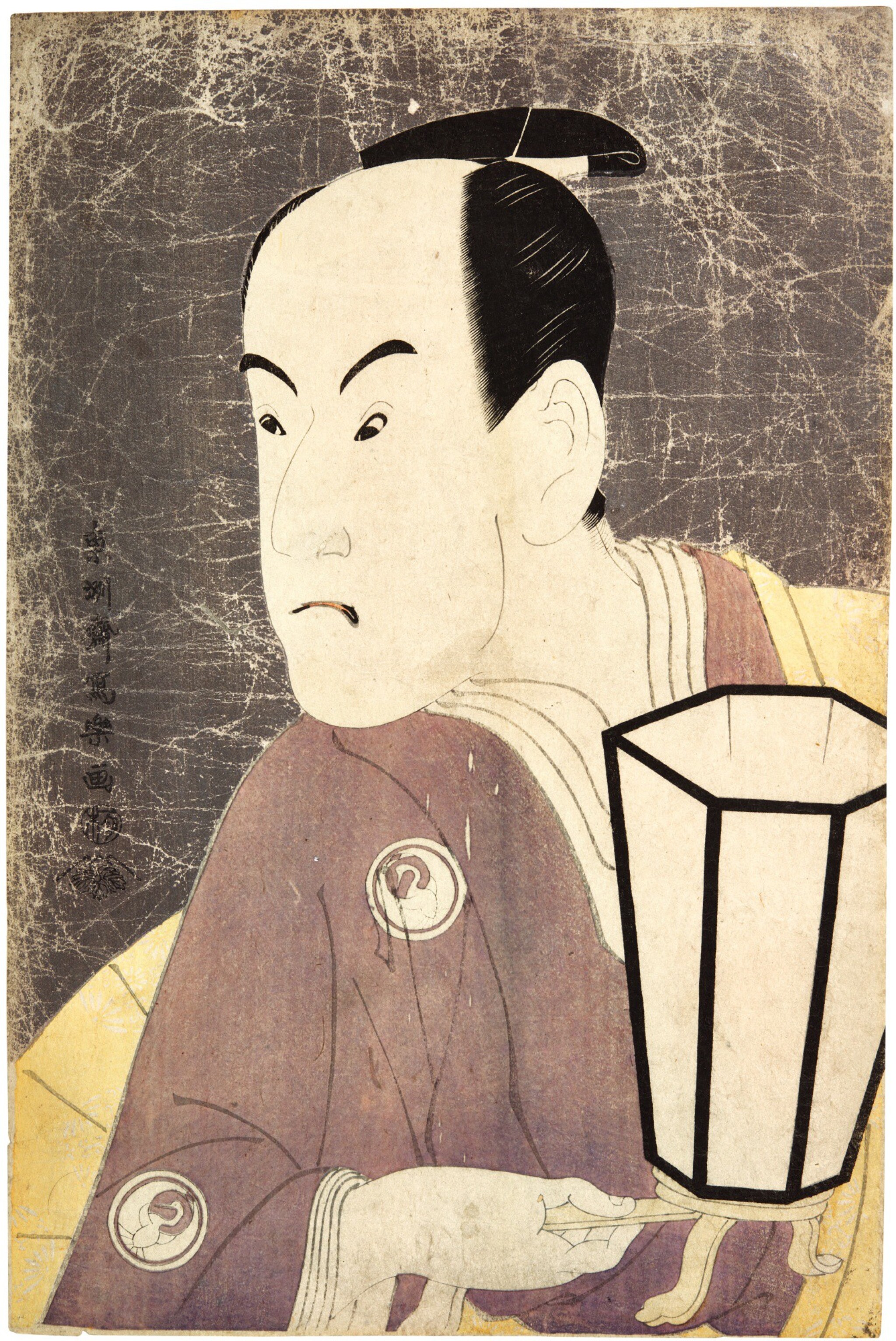 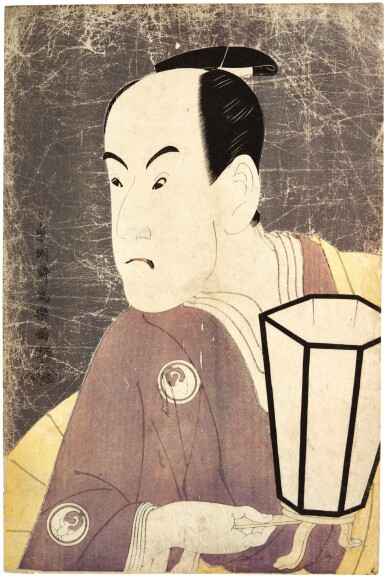 - As can be seen in the photograph, there is slight wear on the paper as the mica background is worn.

- There is a small stain at bottom of right-hand side of his face and few marks on his hand.

- Some fading of colour.

This print is a half-length depiction of Bandô Hikosaburô III during his portrayal of Sagisaka Sanai holding a lamp in his right hand in a scene from the play Koi Nyôbô Somewake Tazuna performed at the Kawarazaki-za in the fifth month, Kansei 6 (1794). The actor’s face dramatically dominates the print on the simple mica background.

Despite the contemporary appreciation of the artist Tōshūsai Sharaku, his artistic career as an ukiyo-e designer was short lived and lasted only from 1794 to 1795. While a number of drawings for prints presumably never reached the publishing stage, he designed around 140 prints depicting exclusively Kabuki actors, the theatre and sumo wrestlers. His work was highly criticized by his contemporaries in Edo up to a degree where his publisher Tsutaya Juzaburo decided not to sponsor the artist in a highly competitive, lucrative print market. The rejection of Sharaku’s work was nearly unanimous and this perhaps accounts for the fact that no records concerning his life or even his identity have been discovered until today.