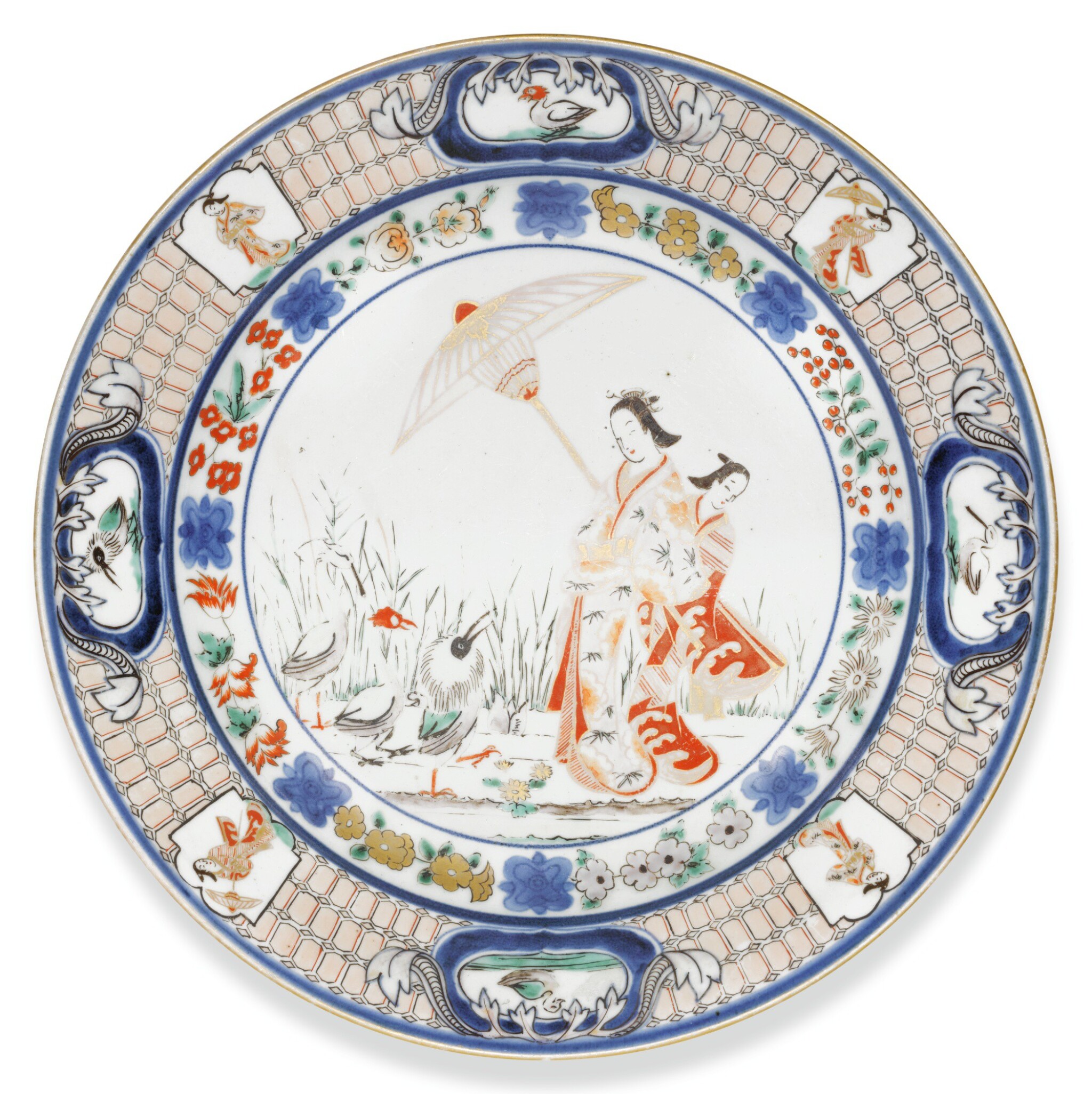 the shallow dishes with wide rim, decorated with the design known as "La Dame au Parasol", the central roundel with two bijin, one beneath a parasol beside birds and reeds, the rim with panels of birds and bijin

Cornelius Pronk (1691–1759) was a Dutch draftsman and porcelain designer who became a pupil of Jan van Houten and Arnold Boomen. He was commissioned by the Dutch East India Company to make a series of designs to decorate ceramics. The first drawing was in 1734, received in Batavia in 1735. This was the only known design to be produced both in Japanese and Chinese ceramics and became known as "La Dame au Parasol". In sending the drawings to Japan, Volker records "we are pleased that your Honours have had the drawings of porcelains sent from this country presented to the Japanese factors in order to test out whether the same can be made in Japan conforming with the drawings (...)".1 However, it did not prove possible to agree a reasonable price with the Japanese potters and no orders were placed. In 1740, the merchants abandoned their attempts on orders of the Dutch East India directors. A small number of pieces were made in Japan including plates of the size in this lot. 1