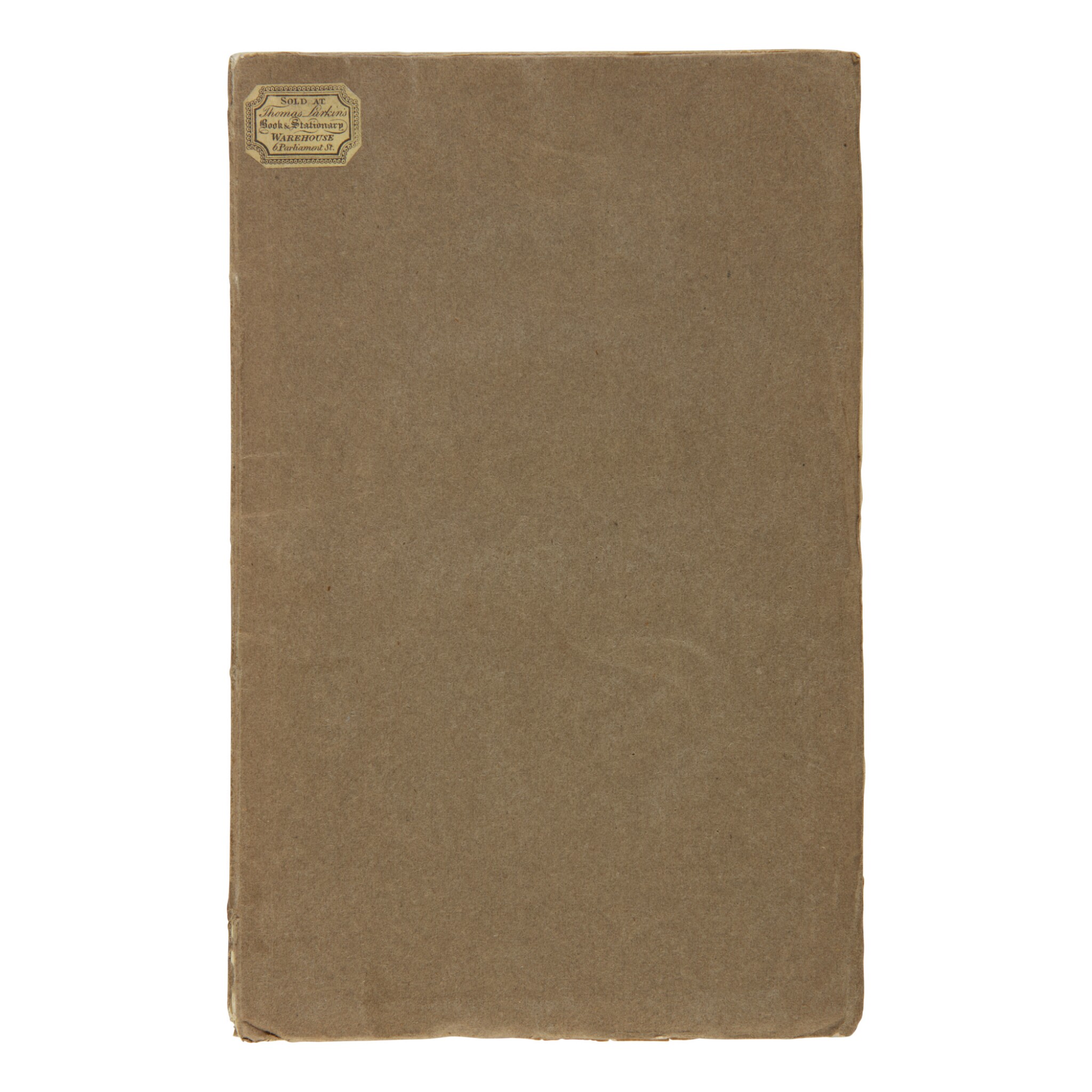 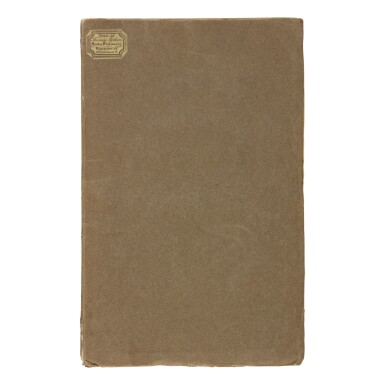 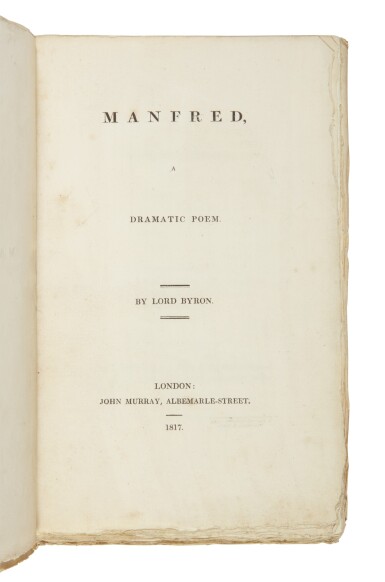 The first issue (with no quotation from Hamlet on the title page and the printer’s imprint on two lines on verso of title page) of this "closet drama." In keeping with the popular ghost stories of the period, Manfred contains supernatural elements, and is a stirring example of Gothic fiction. Byron set about drafting this work in 1816, only a few months after the famous ghost-story sessions with Percy Bysshe and Mary Shelley, which gave birth to Frankenstein.