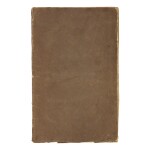 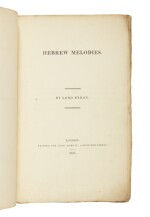 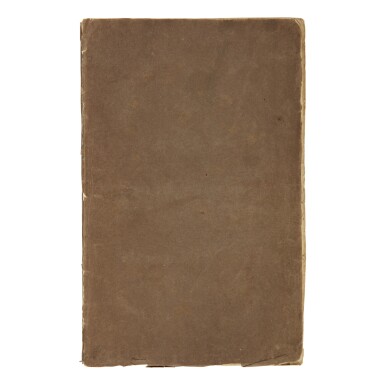 At the urging of composer Isaac Nathan, Byron produced Hebrew Melodies, which included some of his most enduring lyrics, such as "She Walks in Beauty" and "The Destruction of Sennacherib." The former was based on the poet's first meeting with Ann Wilmot. Wilmot was the wife of Byron’s cousin, Sir Robert Wilmot, and Byron was so taken with her unusual beauty, that the now iconic poem was completed the morning after they were introduced to one another.

Randolph notes that the present edition consisted of 6,000 copies.