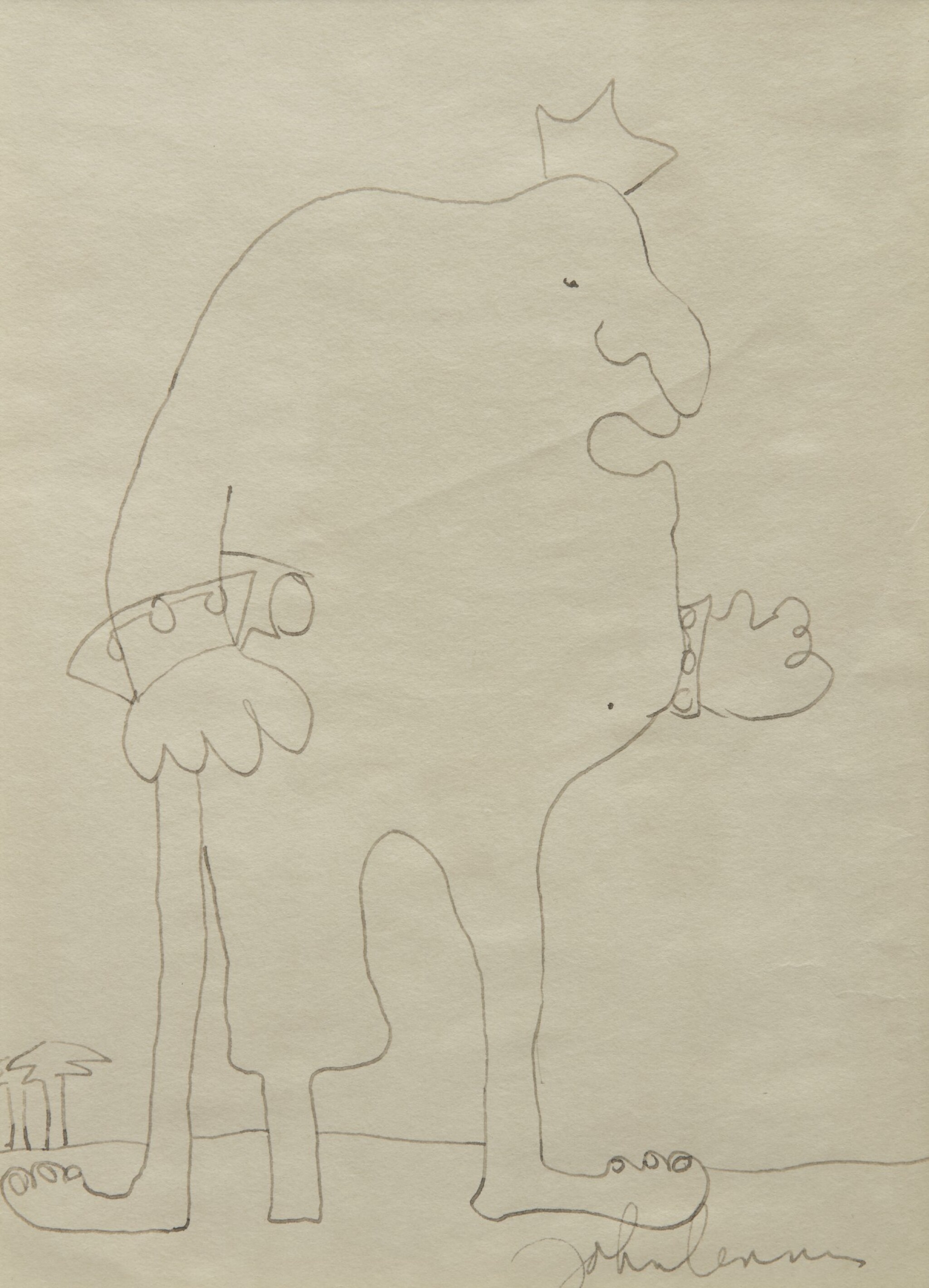 Untitled Illustration of "Large John," Alternate Version from In His Own Write, circa 1960s

Ink on paper (Sight: 8½ x 6 inches), signed "John Lennon" (lower right); small crease diagonally across paper. Elaborately matted, framed, and glazed to 26½ x 23¾ in., not examined out of frame. [With] Certificate of Authenticity on Bag One Arts Inc. Letterhead, signed by Director Lynne Clifford, and affixed with the Bag One Arts seal, dated 1989, drawing described as "Sketch of a pirate with three legs - one of them a peg leg - with a hat on his head and two plam [sic] trees in the background. The John Lennon signature appears at the right edge of the drawing."

A rare drawing by John Lennon, executed at the height of Beatlemania — with Bag One provenance and documentation

An alternate version of Large John Saliver, as seen in the chapter "Treasure Ivan" on page 43 of John Lennon's first book, the delightfully nonsensical In His Own Write (1964). It was the first solo project by one of the Beatles in any creative medium, and was an enormous commercial and critical success: it sold more than 600,000 copies and was recommended by the Times Literary Supplement as "worth the attention of anyone who fears for the impoverishment of the English language and the British imagination."

In Lennon's affectionate parody of Robert Louis Stevenson's Treasure Island, Large John is a peg-legged pirate who, along with his friend Small Jack Hawkins, search an island for buried treasure. The chapter in which the analogous published image is seen begins, in characteristically cockeyed fashion: "In a little seashore pub in Bristow, a ragged gather of rags are drinking and makeing melly (before sailing to sea in serge of grate treashy on a sudden Isle far across the ocean). 'Belay there me 'earty scabs,' says Large John Saliver entering. Pegging along towards some old saviours whom have soled the several seas." (Lennon, p. 42)