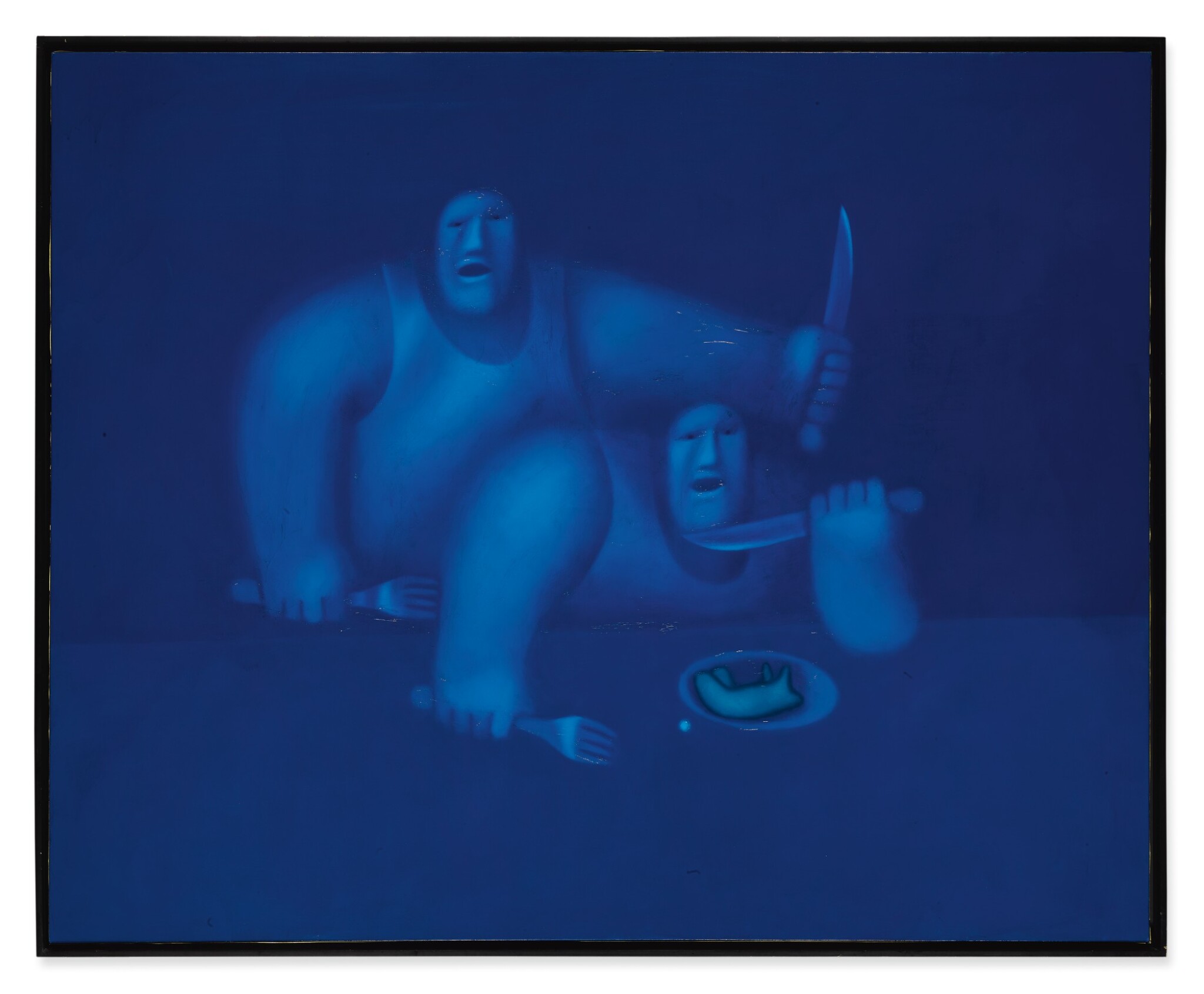 signed in Cyrillic l.r.; further signed and titled in Latin and dated 1987 on the stretcher

Original canvas. There are a few light scuffs to the surface and a light layer of surface dirt. Inspection under UV light reveals no obvious signs of restoration. In excellent overall condition. Held in a black tray frame.

Instantly recognisable, the art of Oleg Tselkov occupies its own distinct space. Although it is possible to trace influences in the vivid, often primary, colors of Russian folk art or in the monumentality and metallic sheen of Malevich’s peasant figures, Tselkov has a style and aesthetic that is all his own. Even in as disparate and loosely-affiliated a group as the Soviet non-conformists, he was always the slight outsider. Figurative and not overtly political, his paintings deal with the eternal condition of man rather than the specifics of the post-war Soviet experience.

The subjects of Tselkov’s paintings also inhabit a distinct, otherworldly space. His generalised, anonymous figures and mask-like faces are a portrait of no one in particular and everyone at the same time. They have a very limited range of accoutrements: in his early works flowers, butterflies, wine glasses and in his later post-emigration works knives, forks and spades creating an unsettling atmosphere of potential violence.

In 2004 the artist presented a later version of this very composition to the State Russian Museum in St Petersburg.