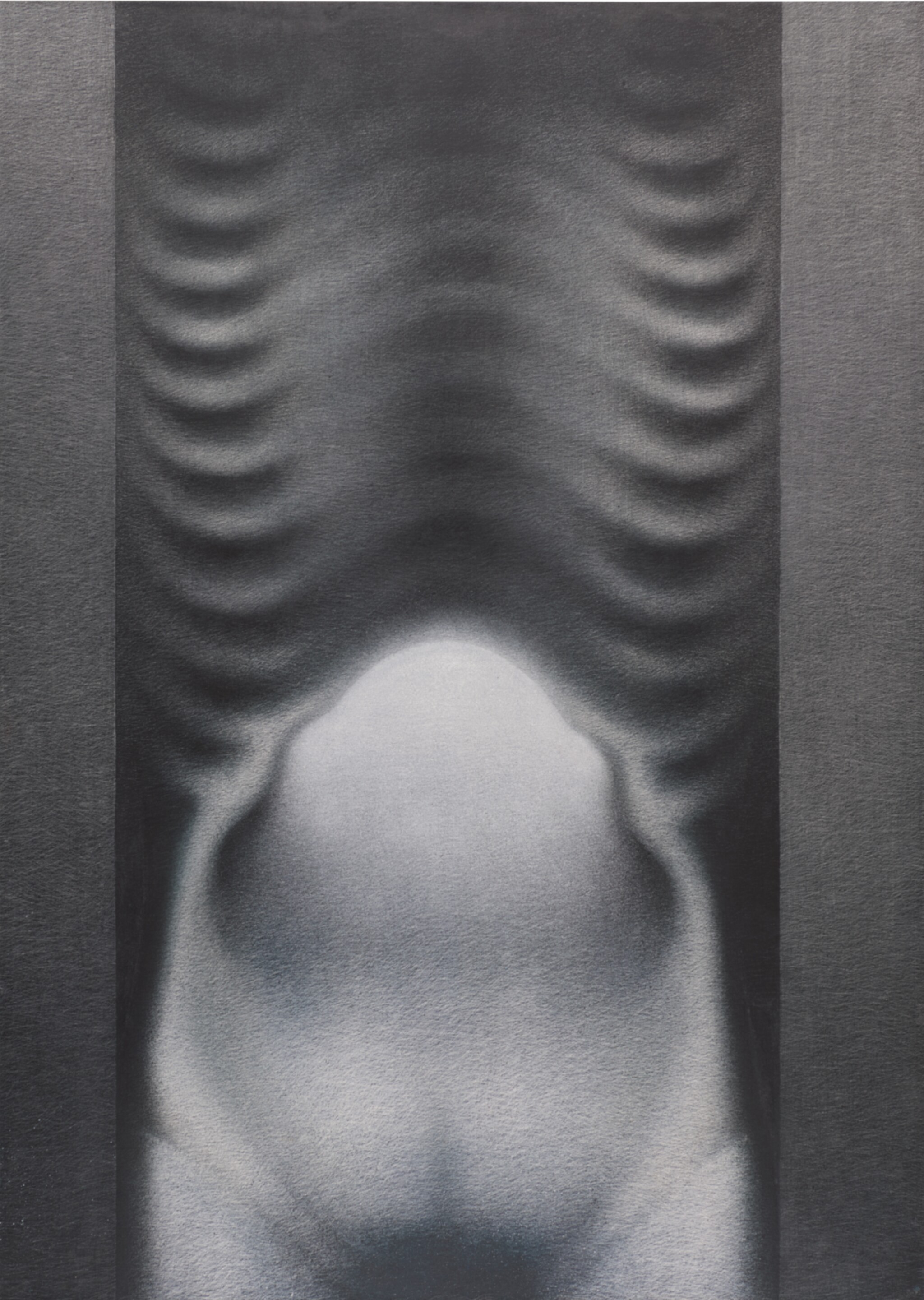 Acquired directly from the artist at Triveni Kala Sangam, New Delhi, circa 1984

'Rameshwar Broota’s Man has, over a period of time, expressed existential anxiety, satire, heroism, and more recently decay. The male nude has shadowed the artist, from his early youth through creative maturity and middle age.' (A. Jhaveri, A Guide to 101 Modern and Contemporary Indian Artists, India Book House Ltd, Mumbai, 2006, p. 22)

In the 1980s, Broota was at a creative nadir and seeking to change his style. He experimented by literally scratching the surface of his discarded works. He began using the male figure as his subject, often using his own body as a model to develop a unique technique, which involved applying multiple thin layers of muted colours which he would then manipulate by scratching the surface using linseed oil. This new method was discovered almost by chance when working on a spoilt canvas. Broota covered an old canvas with monochromatic tones and scraped it with the edge of a knife. Soon he began using a knife and blade to etch the surface and reveal old layers of paint underneath. This highly personalized practice, less painterly in application, has the quality of an early etching, the end result resembling a monumental x-ray. The discovery was important because he carves out his images, going from one stage to the other without depending on any kind of preparatory sketches on paper. The current work from 1980 belongs to this later phase where his focus remains on man, but wounded, hardened and somehow dehumanised. "I just took the canvas, stood before the large mirror without clothes, started just doing scratching, scraping with it, and then from morning till evening, I continuously painted... because that had to be finished when it’s wet... I was dreaming throughout the night, it was such a tortuous night... as if I was scraping my own body with the knife... to reveal this thing...". (R. Broota quoted in Y. Dalmia, Journeys: Four Generations of Indian Artists in their Own Words, New Delhi, 2011, vol. 2, pp. 89-90)

A dramatic transformation as we can see with this current work and the early 70s paintings (lot 19 and 20) is the change in palette. While black is still consistent, the bright saturated colours disappear in favour of monochromatic tones. This work is a prime example of how eventually Broota’s works in this series had an X-ray vision of the human anatomy - a deeper engagement with the male form. The rib cage in the work is evocative of his 60s era emaciated figures, which ties the early and the later works to each other, giving us an insight into Broota’s perseverance and constant improvisation.