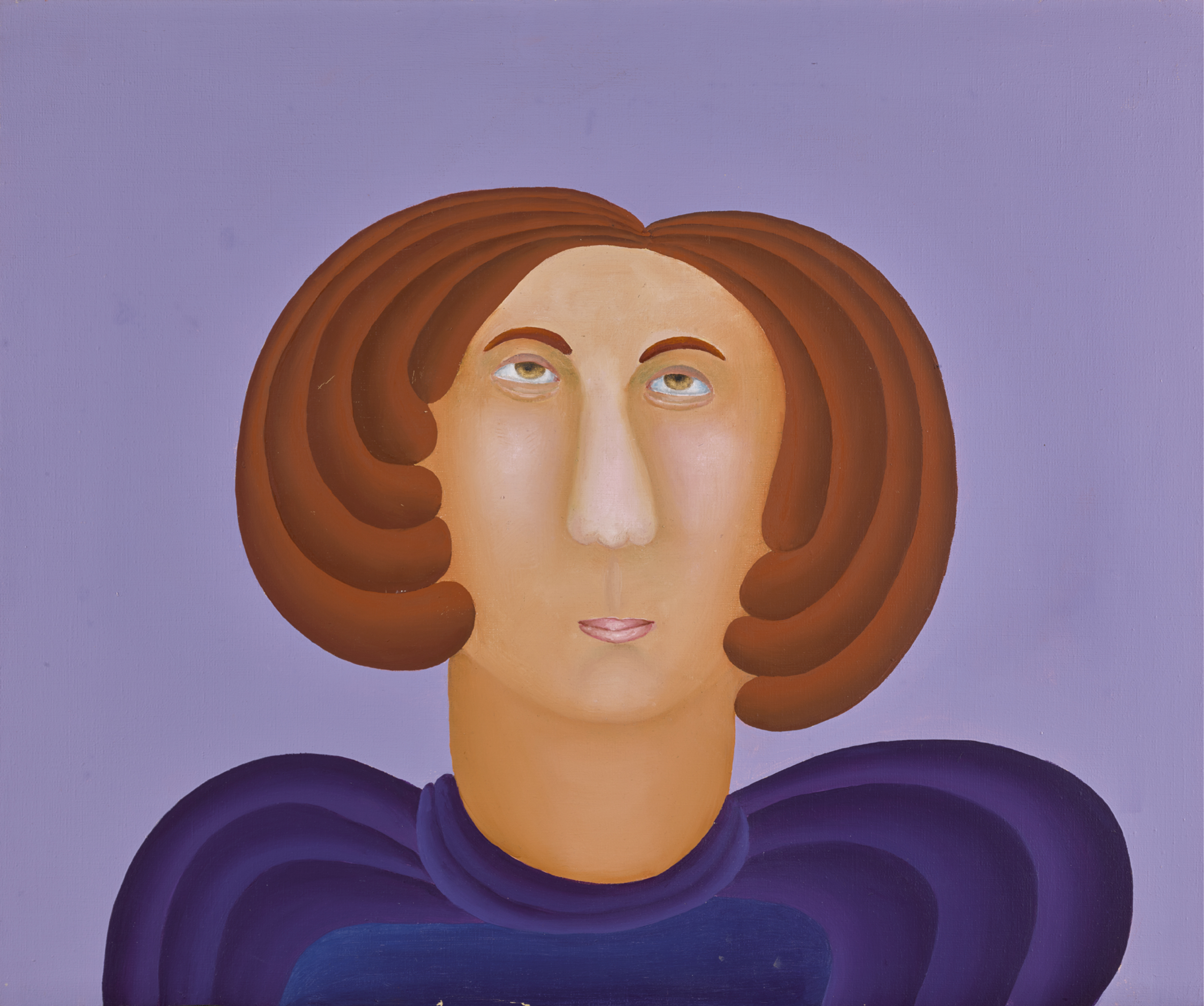 Acquired directly from the artist at his studio in New Delhi, 1982

Manjit Bawa’s figures possess a plasticity; sculptural in form yet suspended weightlessly in a space that is without time or context. ‘He composed figures of biotic shapes forming oddly elongated limbs on softly rounded bodies. Creatures in unexpected bold hues emerge from the action of the brush with no nod to anatomical study.’ (S. Bean, Midnight to the Boom: Painting in India after Independence, Thames & Hudson, London, 2013, p. 123)

Bawa as part of a generation of artists who came of age long after Independence notes that his painting style and quest for an original artistic language placed him in opposition to the prevailing mores of International Modernism. 'Being a turbaned Sikh from an ordinary middle-class family was daunting enough but to strike out against the prevalent forces of Cubism and the iconic Klee was to really ask for big trouble and I was hauled up time and again with strict instructions to toe the line. But I remained true to my calling, naturally annoying authorities. Even then in those formative years I was haunted by the spectre of mediocrity. I was willing to accept any challenge, but on my own terms. I was obsessed with one driving need – to create my own painterly language.’ (M. Bawa, ‘I Cannot Live By Your Memories, Manjit Bawa in Conversation with Ina Puri’, Let’s Paint the Sky Red: Manjit Bawa, Vadehra Art Gallery, New Delhi, 2011, p. 47)