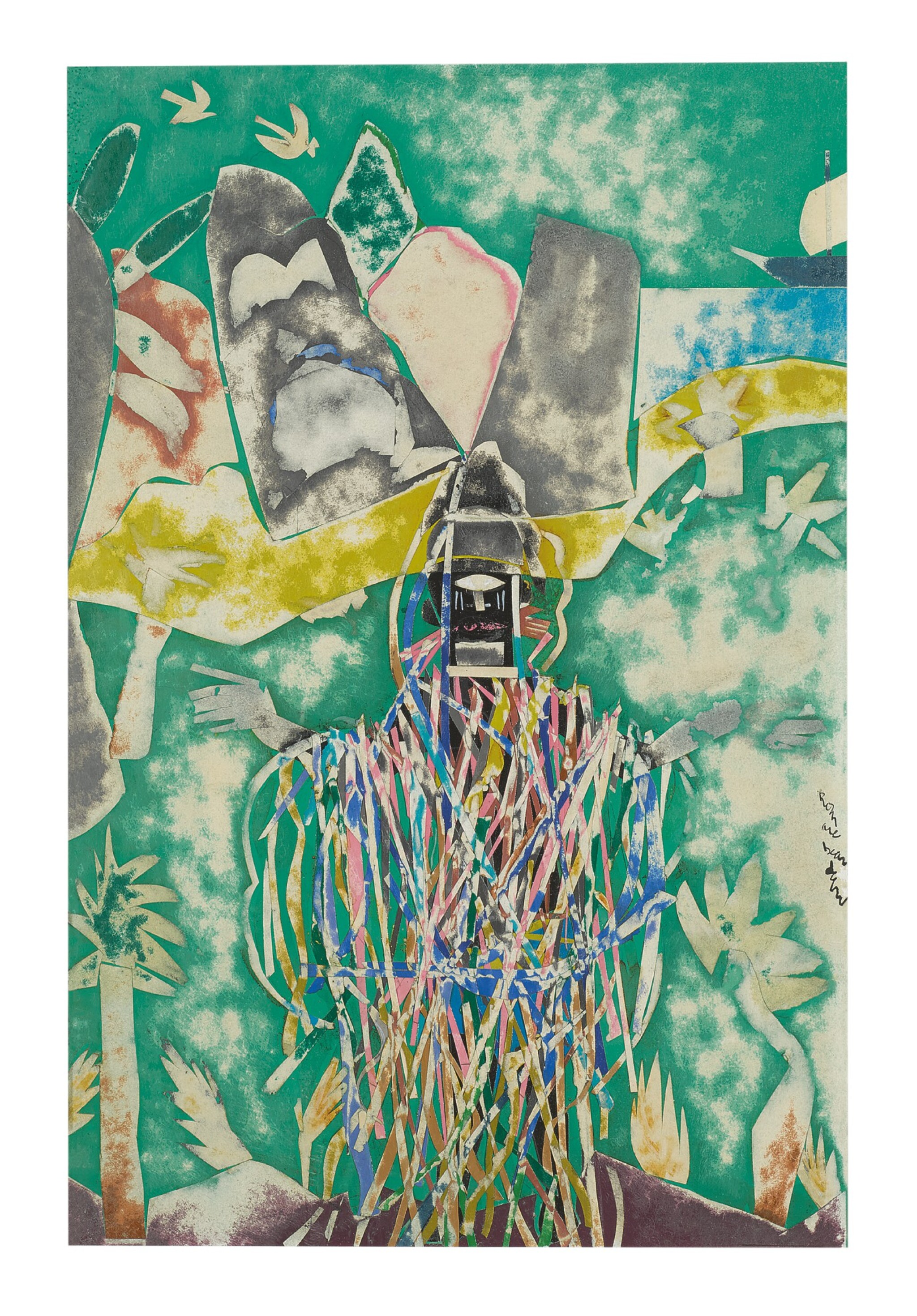 acrylic and paper collage on Masonite

This work is in very good condition overall. All collage elements are stable. There are some adhesive remains surrounding the collage elements, inherent to the artist's working method and chosen media. There is light discoloration to the paper. There is minor wear to the turning edges and corners, not visible when framed. There is some abrasion along the lower left edge due to framing, not visible when framed. Framed under glass.

Private Collection, New York (acquired directly from the artist circa 1977-80)

“In The Odyssey it is men and women who control events, acting sometimes in contravention of divine will. The poem’s great theme, the wandering of the hero who longs for home, has been described by Julian Jaynes in his recent study as ‘an odyssey toward subjective identity and its triumphant acknowledgement out of the hallucinatory enslavements of the past. Romare Bearden’s Odyssey series is not literature but painting, of course, and his technique is that talismanic twentieth century one, collage… An act of necromancy, requiring cunning, grace, nerve, intelligence and luck… It is a rash nature that invokes ‘The Odyssey’ in one department of its activity and Henri Matisse in another. But this is what Romare Bearden does in the series of collages on the subject of Odysseus… it says much for the quality of his imagination… It would be useless to pretend Mr. Bearden’s collages do not draw on the example of Matisse in their treatment of the human figure, in their treatment of exotic foliage, and in their treatment… of submarine life. But this does not at all put them out of account… much of what Homer has to tell us can quite logically be given an African context.”

(Calvin Tomkins and John Russell on Romare Bearden for 1977 exhibition at Cordier & Ekstrom, New York, as quoted in Abdul Goler, “A Refracted Image”, The Art of Romare Bearden, p. 207)