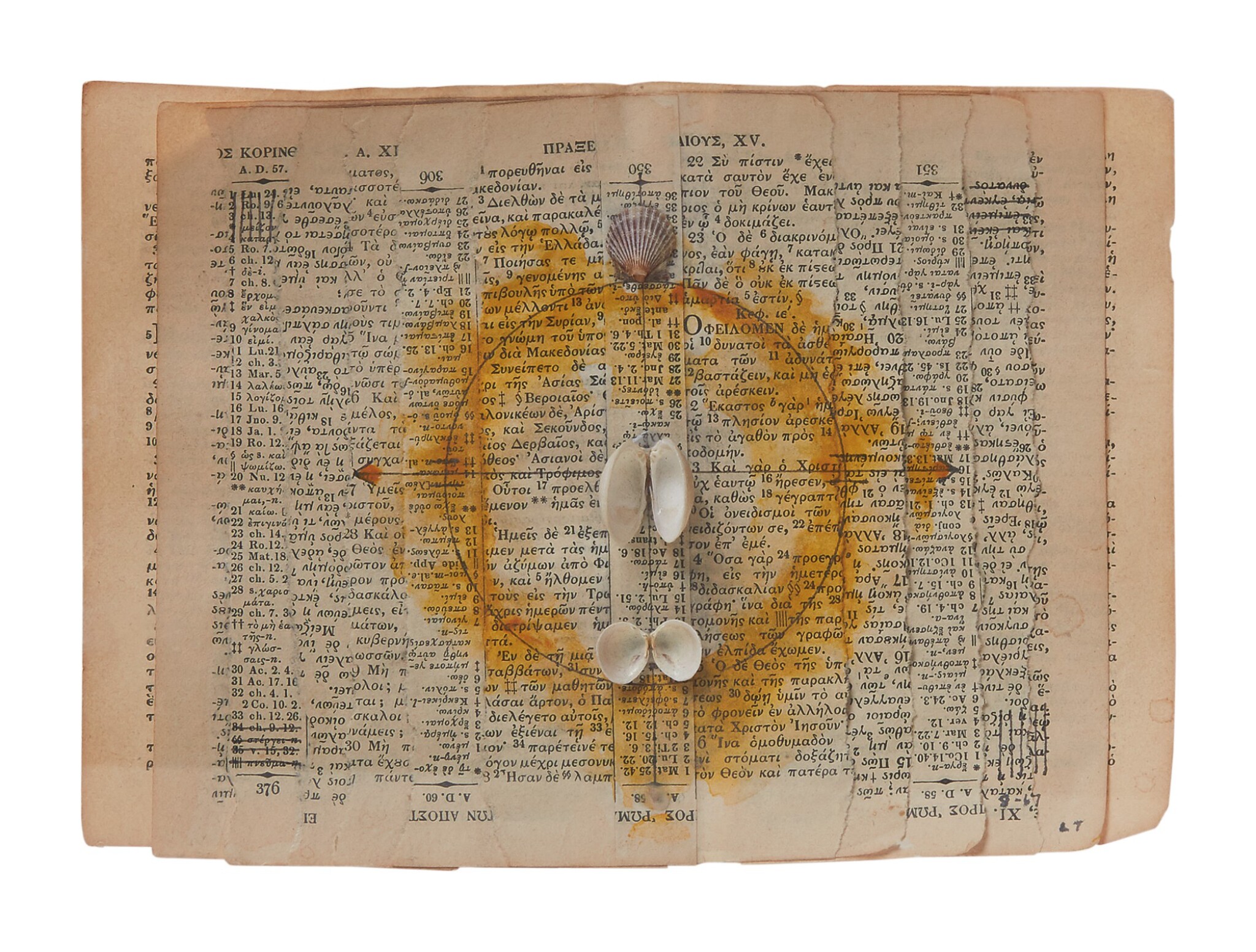 signed with the artist's initials and dated 8-67; dated Aug 1967 on the reverse

This work is in very good condition overall. All elements are present and stable. There is some wear, lifting, creasing and minor losses to the book pages, inherent to the artist's chosen media. There is minor discoloration to the sheet and two faint water marks in the lower right quadrant, potentially inherent to the artist's chosen media. There are some adhesive remains surrounding some of the collage elements, visible upon close inspection. There is an adhesive remain along the lower edge of the circular element with potential associated media loss. Framed in a Plexiglas box.

Acquired from the above by the present owner in May 2010

“Moholy taught me to draw, when I thought I could not draw... Archipenko would have liked [my sculptures]…they showed his influence.”

Lenore Tawney is a pioneering American fiber artist who, along with artists such as Anni Albers and Sheila Hicks, elevated the craft of weaving to a fine art. Tawney attended the Institute of Design, Chicago, studying under Alexander Archipenko and Laszlo Moholy-Nagy, both of whom deeply influenced her practice. In the late 1950s, she moved to Coentis Slip, an old sea port at the tip of Manhattan, where she worked beside Ellsworth Kelly, Agnes Martin, Robert Indiana and others, all of whom were interested in capturing the delicate and ephemeral aspects of natural beauty. Tawney’s interest in natural patterns continued throughout her career and is reflected in the current lot, which incorporate found shells.