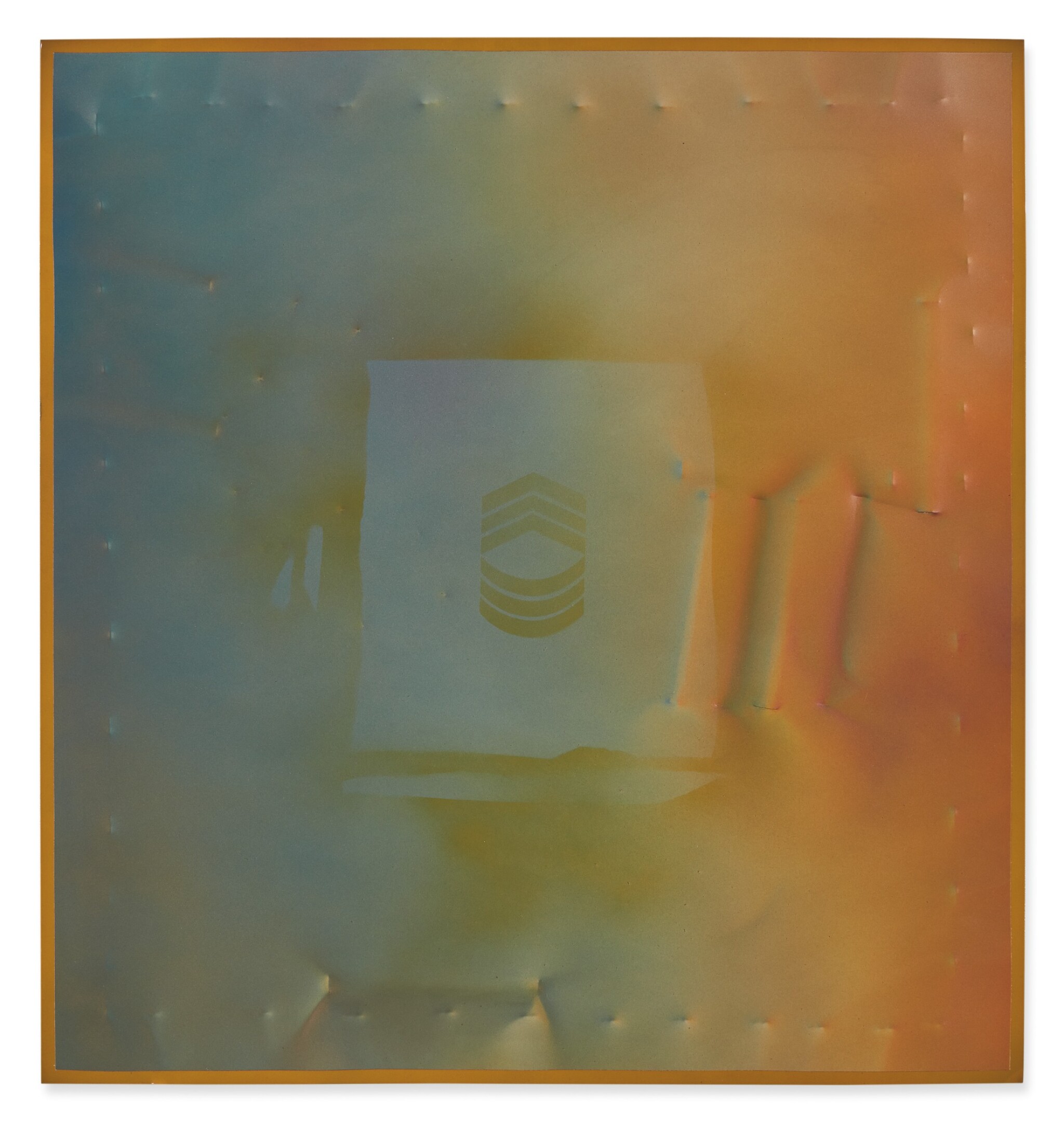 lacquer and acrylic on aluminum

This work is in very good condition overall. There is undulation and some indentations to the aluminum, inherent to the artist's working method. There is minor wear to the edges, visible upon close inspection. Unframed.

Acquired from the above by the present owner in January 1971

“When I arrived in Los Angeles in the late 1960s, a place I found foreign and alarming, the most glamorous and exciting group of people to know were in the art world. The movie stars came to them. A group of artists had emerged and connected, tightly knit to each other and place, anarchic and independent, they produced work so original it quickly acquired a national and international reputation. Their ideas were abstract but expressed through creating an object and exploring the use of materials ranging from fiberglass to light. They were hands on. The names have lasted - Price, Kienholz, Kauffman, Altoon, Moses, Bell, Irwin, Ruscha, Goode, Alexander, Wheeler, McCracken, Graham, Davis, and on and on. Billy-Al Bengston led the pack.”

Vibrant, expressive and refined, the collection of Dr. David Sanders and Prof. Jesse Dukeminier comprises a diverse group of paintings, sculptures and works on paper by the foremost minds in abstraction. The works in the collection are a testament to the power of color and form, their capacity to communicate complex theories and concepts, and their vital function as sources of inspiration and delight.

Ranging from intimately scaled works on paper, such as the gestural and tempestuous drawing by Joan Mitchell, to works which are exemplars of their respective creator’s oeuvres, such as John McCracken’s Plume, the artworks in the collection tell the story of postwar abstraction. Devoted to the arts, Dr. Sanders and Prof. Dukeminier built their house around their collection and loved to share it with their large circle of friends. Dr. Sanders and Prof. Dukeminier lived with a Californian sensibility, which made them open to new experiences and welcoming to others who, like themselves, came to California from diverse backgrounds. They are remembered for their love and generosity for the city of Los Angeles, its institutions and the LGBT community.

Together, the works in the collection provide a window into their unique sense of passion and purpose, enduring as a record of postwar abstraction as filtered through their singular point of view.