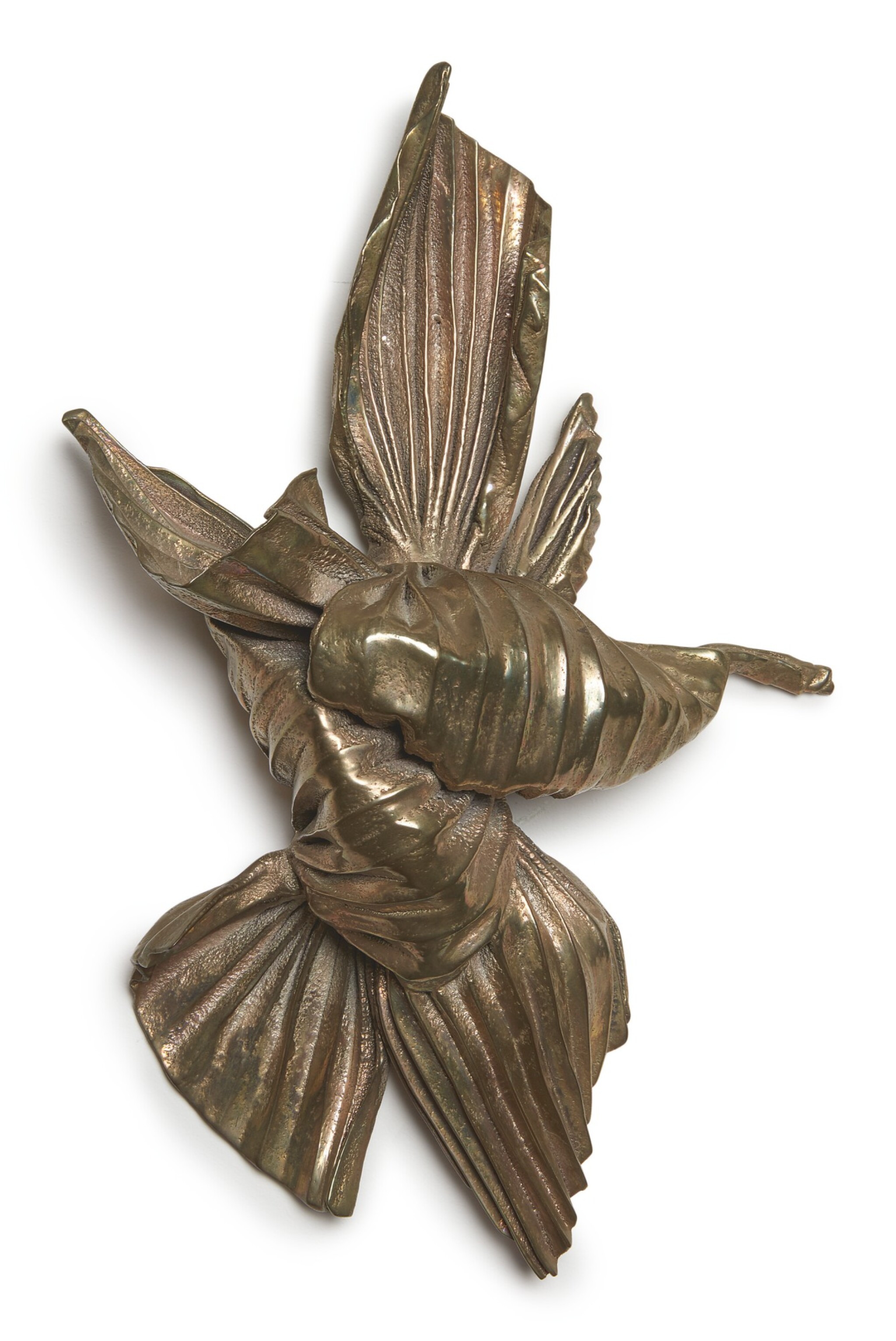 This work is in very good condition overall. All elements are present and stable. There are some tonal shifts to the patina inherent to the artist’s working method and chosen media. There is some minor dust in some of the crevices.

Acquired from the above by the present owner in 1989

“Benglis’s metalized forms seem to germinate, to have a torque and a pulse, yet simultaneously seem devoid of any sense of interior; they are mysteriously vivified… They suggest powerful physical sensations and natural forces, such as gravitational pull or the invisible processes of growth and decay… Many of Benglis’s forms from the 1980s are distinctly floral, and reflect her longstanding interest in the exotic, magnificent forms of plant life. She characteristically superimposes metaphors, however, and her work remains simultaneously highly figurative; it frequently appears like deeply carved luxuriant folds of baroque drapery that has been strangely vacated. Benglis’s metalized knots are at times large bows that have been manipulated into ecstatic anthropomorphic configurations… Usually centralized, obviously organic, …these forms are comparable to the burgeoning, biologically images similarly apparent, for example, in the paintings of Georgia O’Keefe, and their ‘female’ context was often taken as discomfiting.”