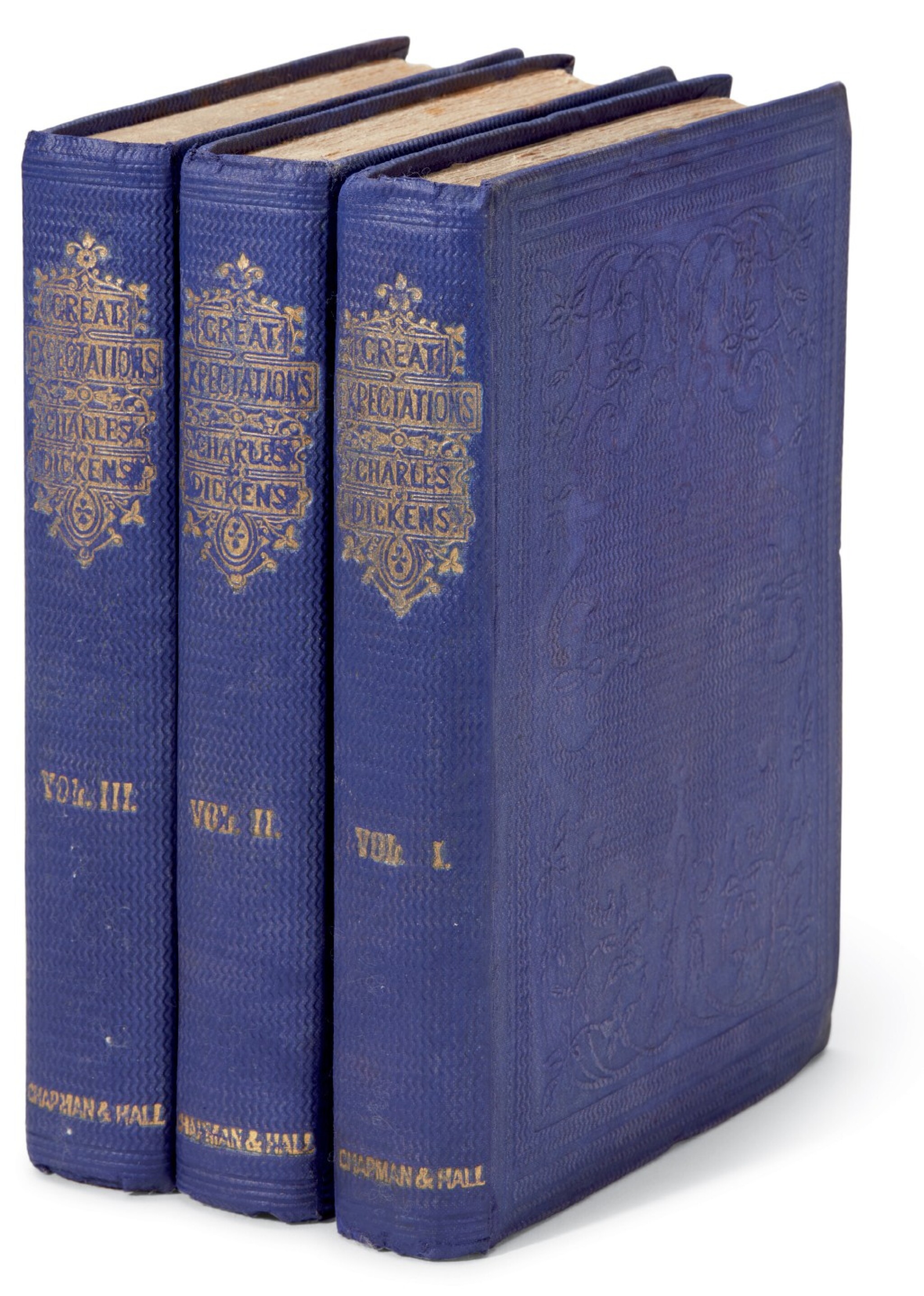 Beyond the "second edition" statement on the title pages, there is only one issue point specific to the second impression alone. This is on page 160, line 12 of the first volume where "f" in "of" is faulty. Other issue points, as detailed within appendix D of the 1993 Clarendon Press edition of Great Expectations, include the following combination of points which relate to a "second edition" (first edition, second impression):