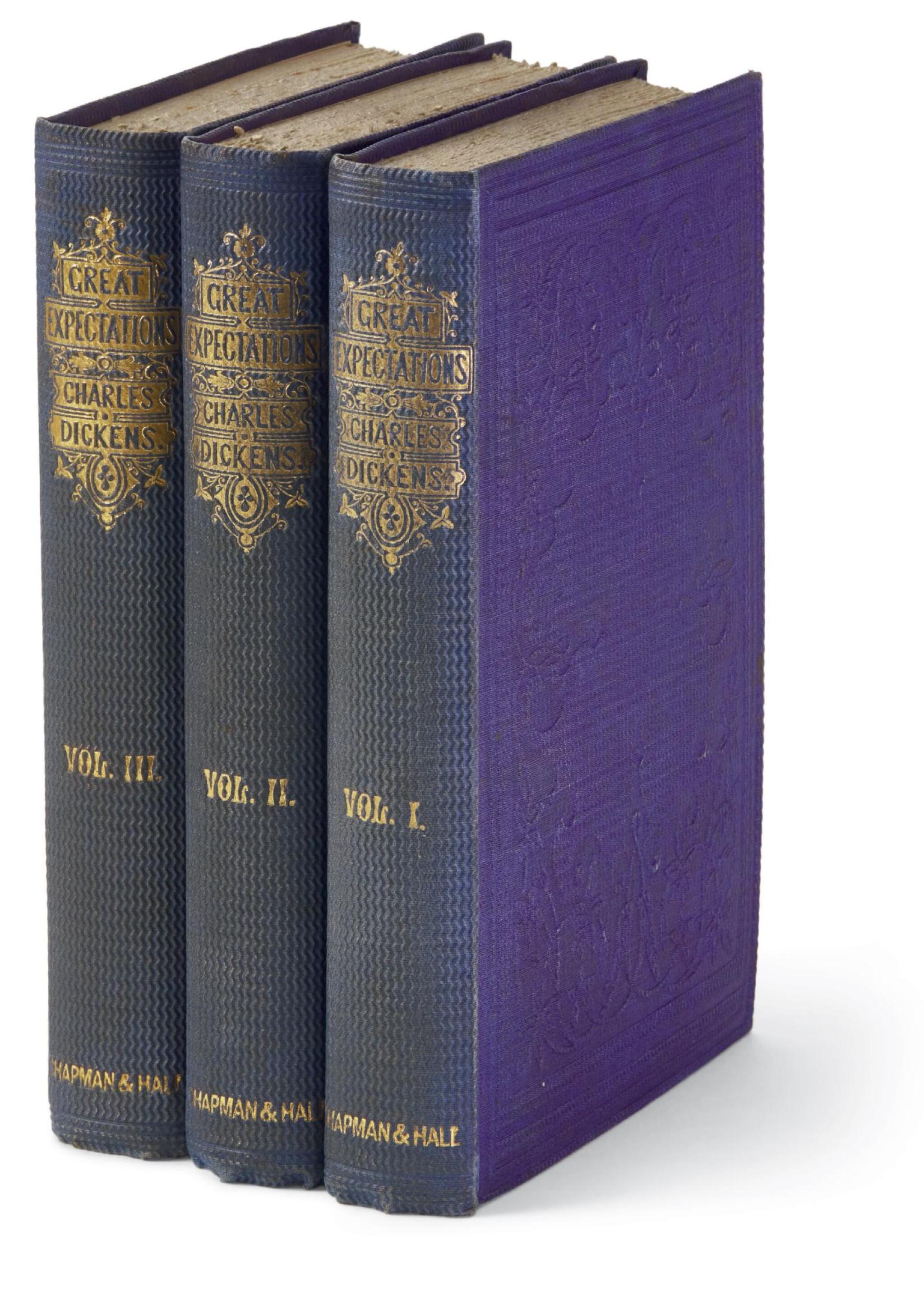 AN EXCEPTIONAL COPY OF THE RARE FIRST ISSUE OF THE FIRST EDITION OF GREAT EXPECTATIONS, IN WHICH ALL FIRST STATE POINTS ARE PRESENT.

"Great Expectations ... is altogether something different. It did not come from research or the theatre but out of a deep place in Dickens's imagination which he never chose to explain...It is set, like so many of his books, in the period of his own childhood and youth...Great Expectations is not a realistic account of how the world was but a visionary novel, close to ballad or folk tale... The story begins in terror..." (Claire Tomalin, Charles Dickens. A Life, p.310)

The publication of Great Expectations as a three volume set was unique within Dickens’ works. As noted by Peter Ackroyd this was “designed to cater for the growing library trade” and “Mudie’s, the great exponent of the circulating library, took most of the first edition”. Smith comments that “the rarity of the first issue of Great Expectations has been attributed to the probable small binding-up of copies with the first title-page, coupled with the fact (according to C.P. Johnson, Hints to Collectors…) that ‘the first edition was almost entirely taken up by the libraries.’ Patten, pp. 290-92, states that 1,000 copies of the first issue and 750 copies of the second were printed and that probably most of the first and more than half of the second (1400 copies in all) were purchased by Mudie’s Select Library”.

There are two issue points within volume III which are present here and recorded within the Clarendon edition of Great Expectations as “missing in some copies”. Given that these two points relate to the loss of type, these two examples suggest this present copy is one of the earliest printed within the issue.

This set includes the first issue points as follows: