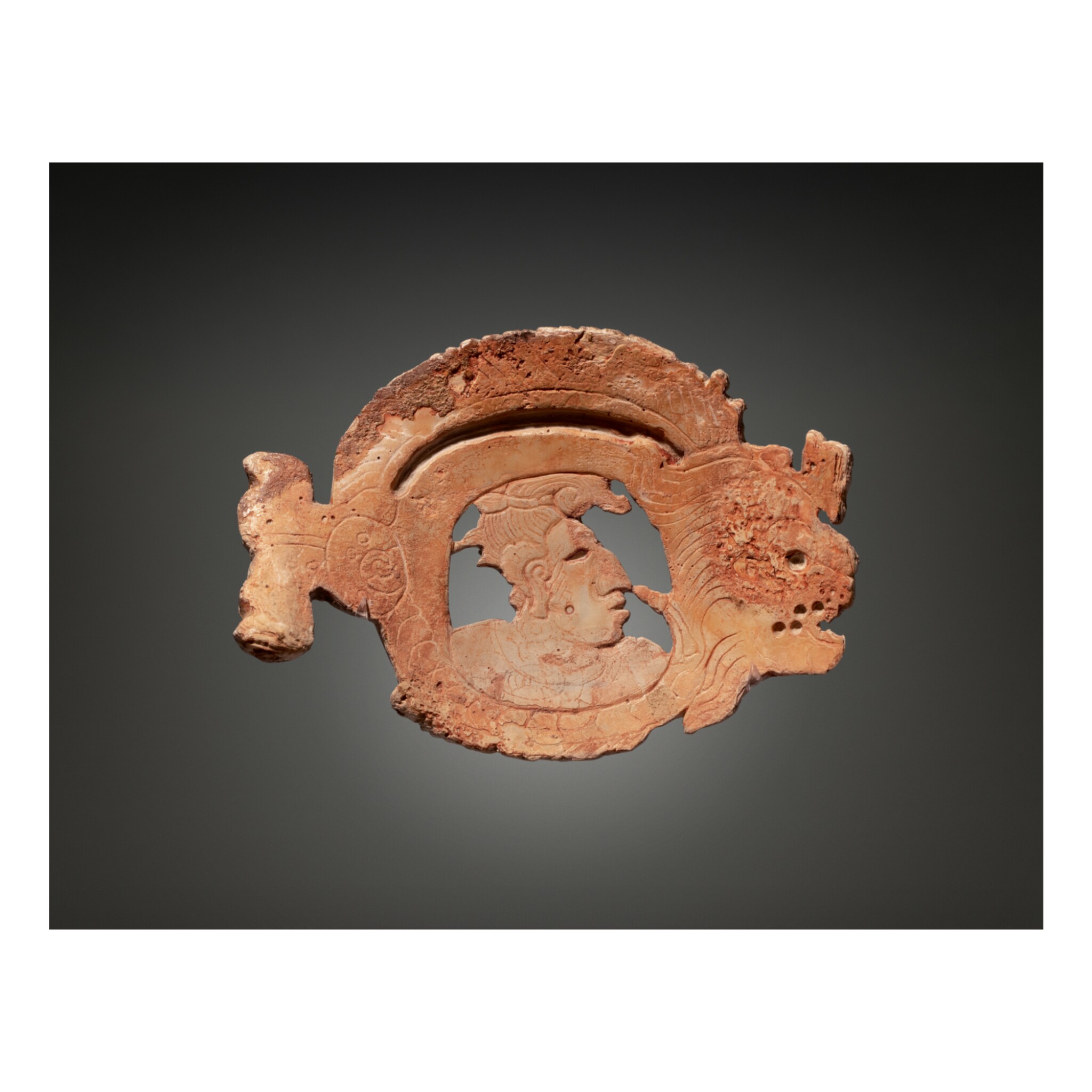 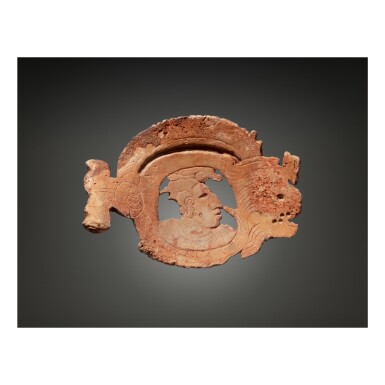 Overall very good but there is resome restoration on the proper Left end of the pendant.

Shell ornaments were a vital part of the elaborate repertory of Maya luxury goods and jewelry paraphernalia. Shells represented fertility, water and the abundance of life from the underworld. Exotic marine shells such as the Spondylus princeps of this pendant were obtained by specialized divers and transported, often from great distances, before reaching the workshops of craftsmen adept at working this relatively delicate medium.

On this pendant, the carved and incised convex section of shell takes the familiar form of the cartouche frame to portray the bust of a young lord within the body of the xoc fish monster, a mythical aquatic creature seen on polychrome vases and other shell ornaments. The lord wears a soft turban with facial details carefully incised, his eye and the fish head before him were each once inlaid with tiny jade or shell beads to further highlight their features.

For similar shell ornaments, see Goldstein and Suárez Diez, Conchas Precolombinas: Mesoamerican Art Created from Seashells, Long Island, 1997, p. 77, figs. 165 and 167, the latter the pendant of a lord on a fish monster in the Dumbarton Oaks Research Library and Collections, Washington, D.C. (PC.B.543)