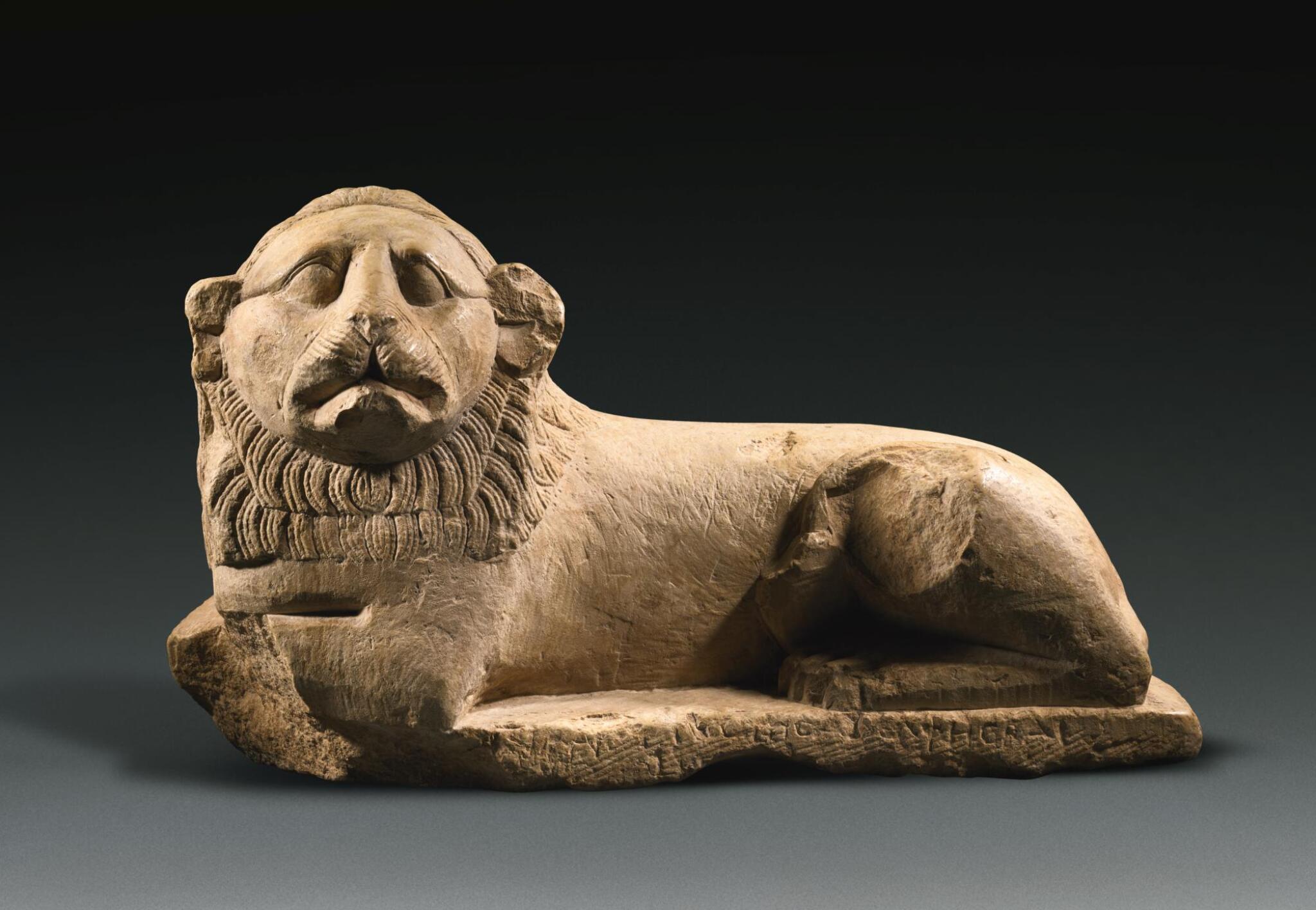 recumbent with his head turned to the left, the forepaws probably once positioned with the left resting over the right, his head possibly recut in late antiquity, the mane falling in two layers over his chest and shoulder, the base engraved with two lines of Greek inscription, probably a dedication to queen Arsinoe II or III; top of head restored.

Prof. Jean-Yves Carrez-Maratray, Professor at Université Paris 13, Sorbonne Paris Nord, kindly deciphered and dated the fragmentary inscription on the base: [Ὑπὲρ Ἀρσινόης, Πτολε]μαίου [β]ασ[ι]λ[έ]ως ἀδελφῆς καὶ /[γυνῆς -----] /Lα vel δ[-- ("On behalf of Arsinoe (II or III), sister and wife of king Ptolemy (II or IV), [so-and-so] dedicated to [...] in the year 1 [or 4]”). We are very grateful to him for his expertise and assistance cataloguing this lot.

The pose of this lion, and of the previous lot, appears to derive ultimately from earlier monumental examples such as the 18th Dynasty Prudhoe lions in the British Museum, dating to the reign of Tutankhamun. With regard to other similar lions dating to the 30th Dynasty, period of Nectanebo I, and to such lions in general, see Christiane Ziegler, in Egyptomania, Egypt in Western Art, 1730-1930, 1994, pp. 345-347.