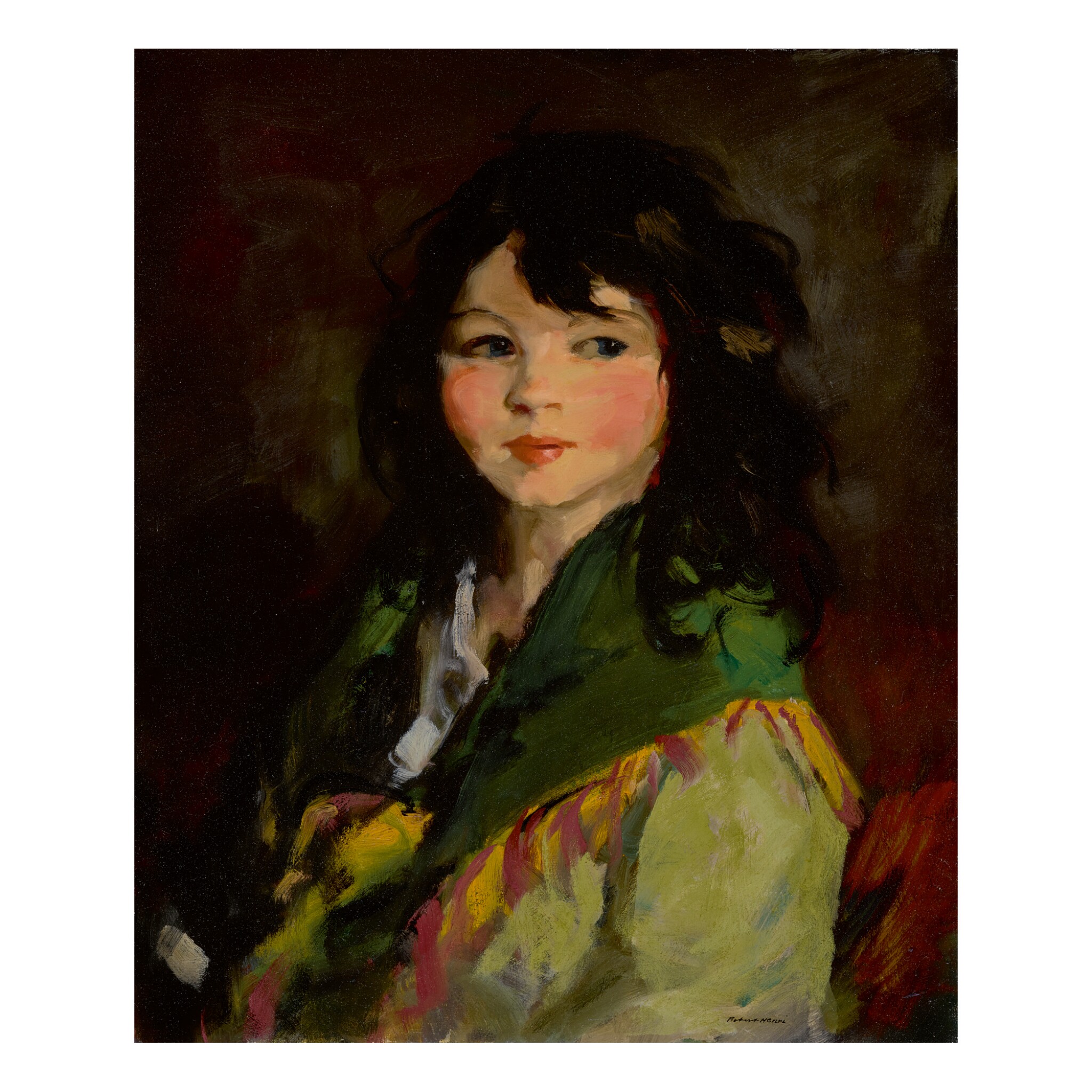 This work has been lined with Beva-371 as an adhesive onto a transparent support, which reveals an original inscription with the title and artist's index number on the reverse. The paint layer is well textured, clean and varnished. It is in good condition. One can see remnants of old varnish under ultraviolet light. The olive green color in the dress in the lower right and lower center reads very strongly under ultraviolet light, but this is all original to the artist. There do not appear to be any retouches at all, except for one spot in the upper left. The varnish remnants could theoretically be removed, but it is recommended that the work be hung as is.

The present work was painted in the spring of 1921 preceding what would become a prolific summer for the artist, spent in Woodstock, New York. The subjects of Henri’s paintings focused heavily on portraits of children in his later years and Henri felt particularly pleased with the present work upon completion. According to Valerie Ann Leeds:

“Painted in April, probably in his New York studio, Francine, subtitled ‘Lovey,’ depicts a girl of about three years old with ‘Irish blue-gray eyes.’ Henri repainted various aspects of this portrait on four separate occasions between April 10, 1921, and May 22, 1922. In his diary, he made extensive color and palette notations, with the additional explanation: ‘The reason for the making of these notes is that I like the picture very much and wish to remember it in all details. Its character, color, composition, painting, drawing – all very free and constructive.’ This represents a departure from Henri’s usual working methods, as he generally worked with great speed, only rarely returning to rework passages or large areas of painting.” (Valerie Ann Leeds, The Independents: The Ashcan School & Their Circle from Florida Collections, Winter Park, Florida, 1996, p. 5.)