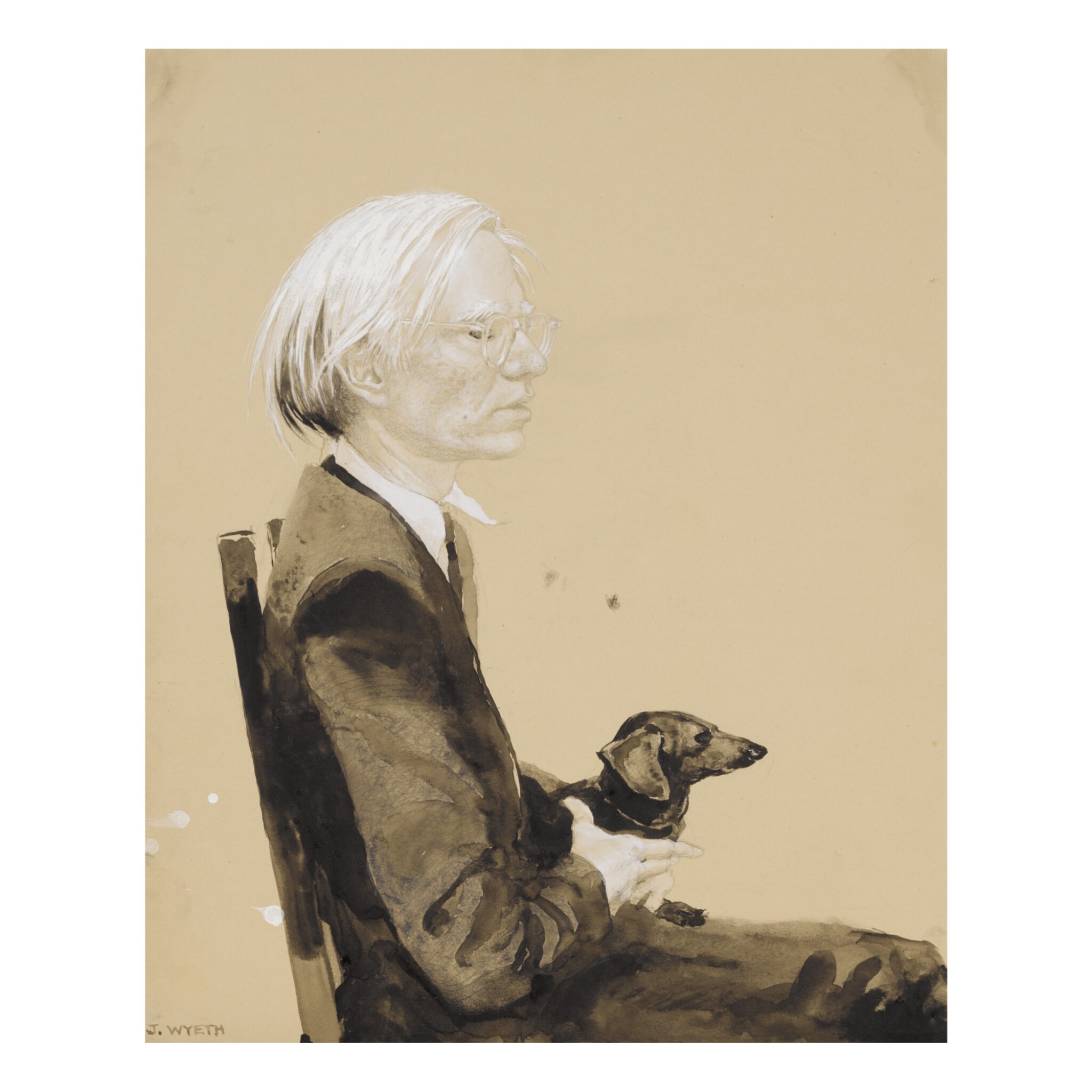 ANDY WARHOL SITTING WITH ARCHIE (NO. 9)

This work has been recorded in the database of the artist's work being compiled by the Wyeth Center at the Farnsworth Art Museum, Rockland, Maine.

Acquired by the present owner from the above, 1980

According to the art historian David Houston, "The 1970s saw Jamie Wyeth working in New York in the epicenter of art, fashion, and high society. He was introduced to Andy Warhol by the photographer and socialite Peter Beard, and Warhol and Wyeth painted each other's portraits in 1976, an arrangement facilitated by Wyeth's friendship with Lincoln Kirstein. Over the next four years Wyeth enjoyed two extended residencies at the Factory, participated in four exhibitions, and shared an exhibition catalogue with Andy Warhol. Jamie Wyeth's portraits of his Factory days are at once grander in spirit and more loosely rendered and casual in mood. His sketches of Warhol on brown cardboard are freely handled and capture a casual snapshot aesthetic typical of the Factory, but unique in Wyeth's work" ("Jamie Wyeth and Recent American Realism," Jamie Wyeth, Boston, Massachusetts, 2014, pp. 18-19).