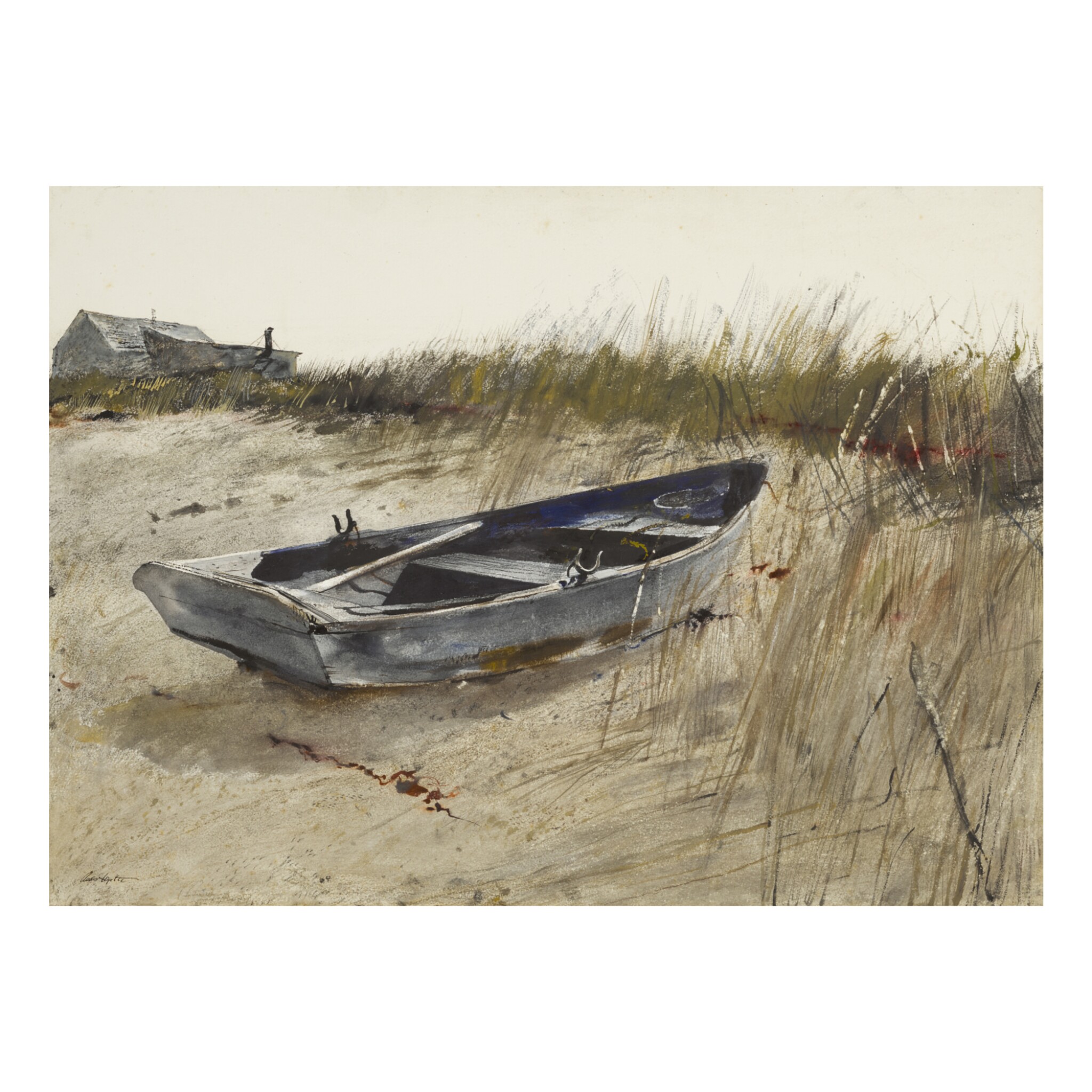 watercolor, gouache and pencil on paper

This watercolor will be included in Betsy James Wyeth’s forthcoming catalogue raisonné of the artist’s work.

The sheet is laid down but loosely adhered on the right edge. There are a few minor losses on the edge, most likely inherent to the artist's process. There is a 1-inch tear upper left and some minor foxing concentrated in the sky.

Private collection, circa 1977 (acquired from the above)

In Above the Tide, Andrew Wyeth provides a view into the life of Henry Teel, a local fisherman whom he befriended in Maine. While Wyeth's portraits did not always include a sitter, he often utilized objects to represent people in his art. Wyeth explained, “sometimes, when I do a painting with people in it...I have ultimately eliminated them, much to the horror of those who pose for me, because I find really that it’s unimportant that they’re there. If I can get beyond the subject to the object, then it has a deeper meaning” (Andrew Wyeth: Memory & Magic, Atlanta, Georgia, 2005, p. 65).

In his description of this subject as portraiture, Wyeth remarked, “Henry Teel had a punt…and one day he hauled it up on the bank and went to the mainland and died. I was struck by the ephemeral nature of life when I saw the boat just quietly going to pieces” (Ibid., p. 69).