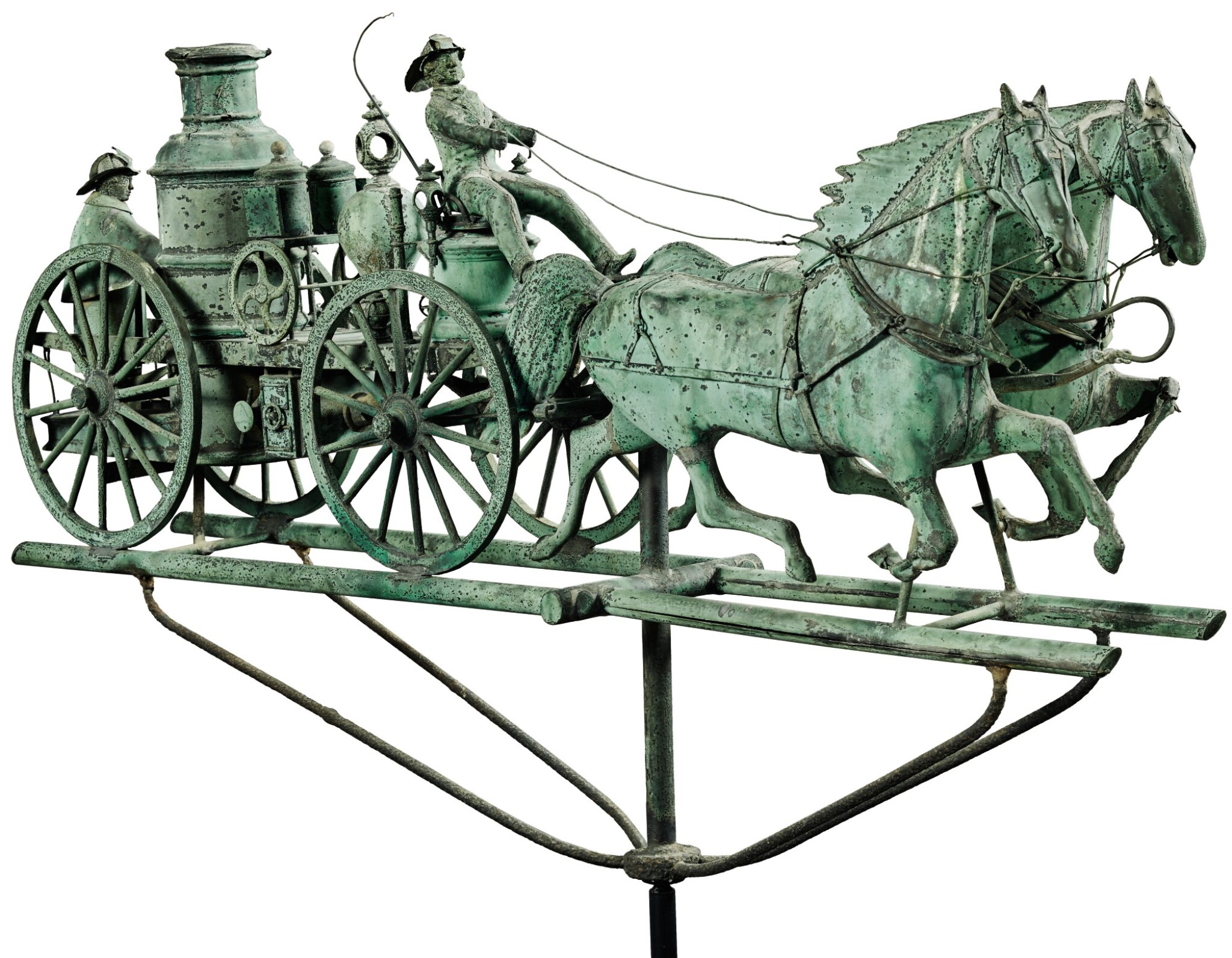 Possibly from a firehouse in Lowell, Massachusetts;

Advertised by John Bihler and Henry Coger Antiques in The Magazine Antiques, June 1966;

Cushing & White made a number of these steam fire engine vanes for New England fire houses, several of which are still owned by the houses for which they were built. Their design was modeled on steam fire engines built by the Amoskeag Manufacturing Company in Manchester, New Hampshire, which sold more than 700 of their extremely well-built and technically advanced vehicles to fire companies around the country between 1859 and 1877. The boilers carried on these engines could throw a steady stream of water more than 150 feet into the air and changed the face of firefighting in the US and Europe in the second half of the nineteenth century. The fearless horses that pulled these heavy machines were affectionately called “smoke-eaters” by the firemen who drove and rode on the wagons and depended on their speed, daring, obedience, and skill. Two Amoskeag fire engines arriving from Manchester, one of them the company’s first self-propelled model, helped fight the Great Fire in Boston on November 9-10, 1872, which burned sixty-five acres of the city’s downtown and destroyed 776 buildings. That fall, an equine influenza had sickened thousands of horses throughout the country. Most of the animals recovered, but Boston firefighters were so short of horse power that they were forced to pull equipment by hand.

A nearly identical weathervane can be found in the collection of the Henry Ford Museum & Greenfield Village in Dearborn, Michigan, and another vane of this type was illustrated by Beverly Chichester for the Index of American Design (1943.8.7697) in 1937, now owned by the National Gallery of Art in Washington, DC.