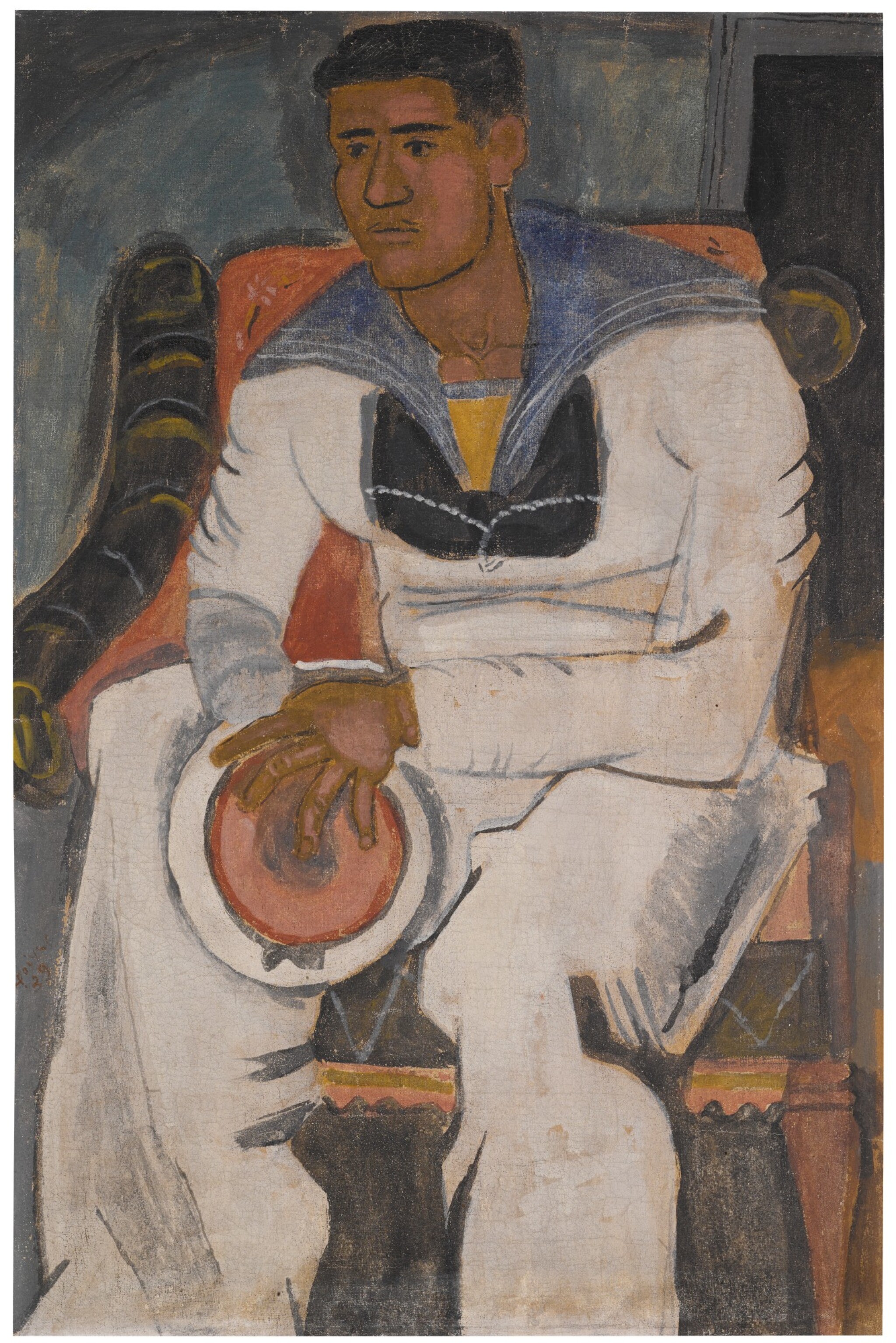 The canvas has not been lined. The painting surface is somewhat dry and brittle at times, with some minor scattered paint losses. There is also a pattern of fine craquelure as visible in the catalogue illustration. This picture could perhaps benefit from some light surface cleaning. Otherwise, it is ready to hang.

Presented in a dark wooden frame.

Widely acclaimed as a painter of the Greek people, his work attempted a reconciliation of Western and Eastern pictorial traditions. Like many of the Greek avant-garde intellectuals and artists of his time, Tsarouchis became actively involved with the popular art movement and the search for the Greek in art. He travelled extensively in Greece, Turkey, Asia Minor and France, where he studied Byzantine music, painting and textiles, and was particularly inspired by the works of Matisse and Demetrios Galanis.

Tsarouchis' initial training was at the School of Fine Arts in Athens under Georgios Jakobides and Constantinos Parthenis while also working in the studio of Fotis Kontoglou, a religious painter who exposed him to Byzantine art. In 1935 Tsarouchis left Athens for Paris. It was in the French capital that he was able to study the work of the Renaissance masters and French Impressionists. Immersing himself in Parisian art circles, he befriended painters such as Matisse, Laurens and Giacometti. By 1936 Tsarouchis had returned to his beloved Athens, organising his first solo exhibition.

One of the most important representatives of the Thirties Generation, Tsarouchis embodied in his work the ideal of 'Greek'. With a multiplicity of influences from Hellenistic and Byzantine art, the art of the Renaissance as well as the work of Matisse, Theophilos and Kontoglou, and the figures of Karaghiozis shadow puppets, he created a unique personal style and depicted landscapes, still lifes, nudes and allegorical scenes.