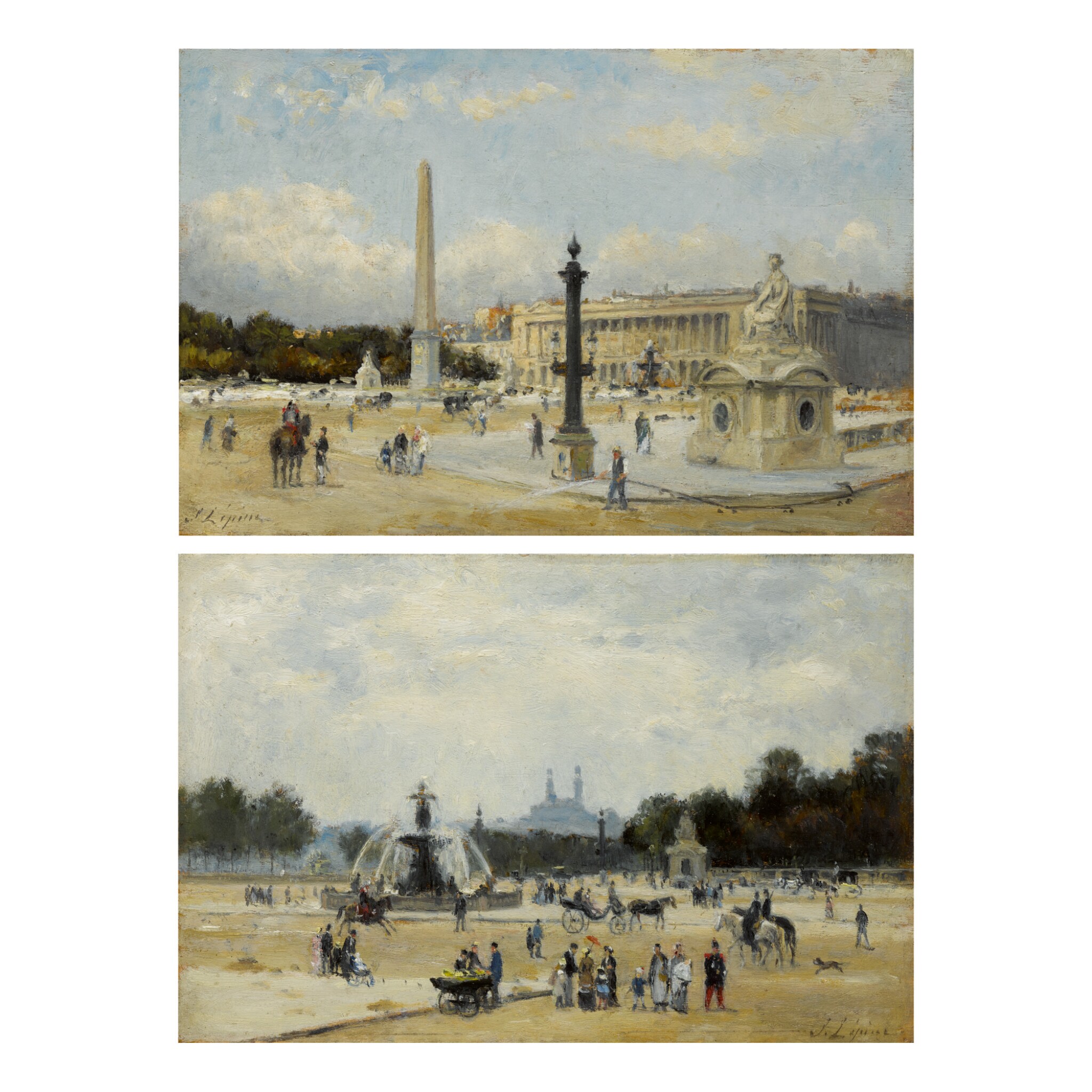 both, oil on panel

The following condition report was kindly provided by Simon Parkes Art Conservation, Inc.: Both of these pictures have been restored. The panels on which they are painted are flat. The paint layers are stable, clean and varnished. There are a few tiny dots of retouching in the sky on the left side of each composition. Both works are in excellent condition overall.

This pair of jewel-like panels captures the Place de la Concorde, the largest public square in Paris. In the first work, the perspective is from the south-east corner, looking past the Obélisque de Louxor, acquired in 1836 through a gift from the viceroy of Egypt, Mohammed Ali, and towards the Hôtel de la Marine. In the distance are two of the monumental marble statues representing the cities of France, and one of the Fontaines de la Concorde lies beyond, all part of Jakob Ignaz Hittorff’s redesign of the Place de la Concorde between 1833 and 1846.

The second work looks east along the Seine, past the Fontaine des Mers and towards the Palais du Trocadéro, built for the 1878 Exposition Universelle directly across the river from the Champs de Mars, where the Eiffel Tower would be erected in 1889. Built in an eclectic architectural style of Moorish and Byzantine influence, its two towers were an unmistakable addition to the Parisian skyline. Demolished in 1937, it was rebuilt as the Palais de Chaillot for that year’s Exposition Internationale. The twenty-one acres around the building remain known as the Jardins du Trocadéro, an area filled with museums, an amusement park, and manicured grounds.