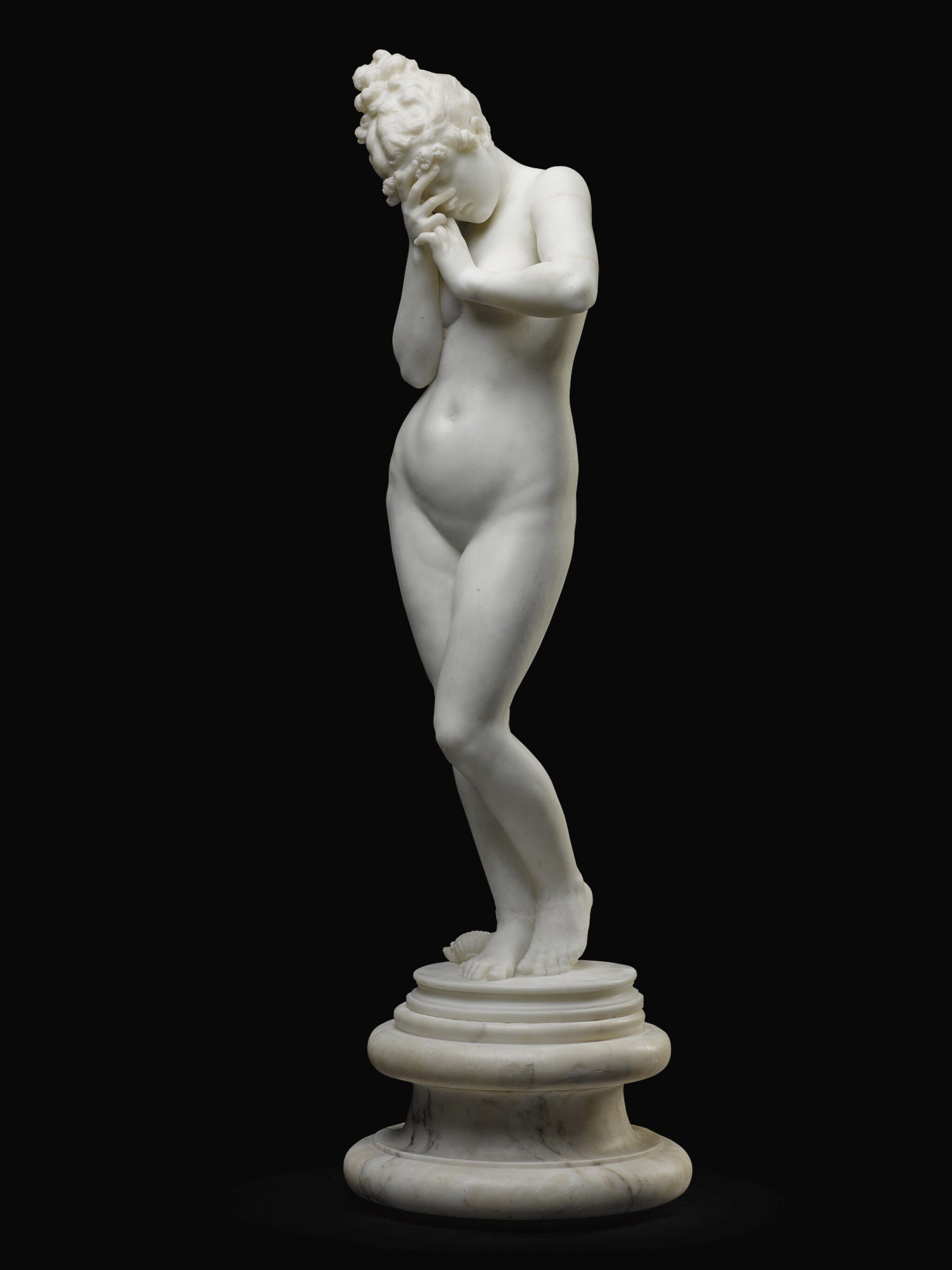 alabaster, on an alabaster socle

Please note the material of the present lot is 'alabaster, on an alabaster socle', and not as stated in the printed catalogue.

Ercole Rosa was born into a poor family in the Marche region of Italy. His father was a stone-cutter who supplemented his income by fashioning crib figures out of terracotta. Rosa's first experience of sculpture was in helping his father at this work. He moved to Rome to study sculpture in 1858 and in 1874 won the competition for the commission of a monument to the Cairoli brothers. With the completion of this monument Rosa became a leading figure in the Roman art world and his reputation spread across Italy resulting in various important commissions including the monument to Vittorio Emanuele II in Milan, Piazza del duomo. His work combined Italian 'verismo' techniques with Romanticism.

The Phryne illustrated in Panzetta's Dictionary, dating to 1874, is very similar to the present alabaster and has a similar socle to the present lot (op. cit. no. 1618). The model has sometimes been referred to as La Lampada Infranta (The Broken Lamp), and is recorded by the antiquarian Augusto Jandolo (op. cit.), who met Marietta del Frata, Rosa's model for the present Phryne.