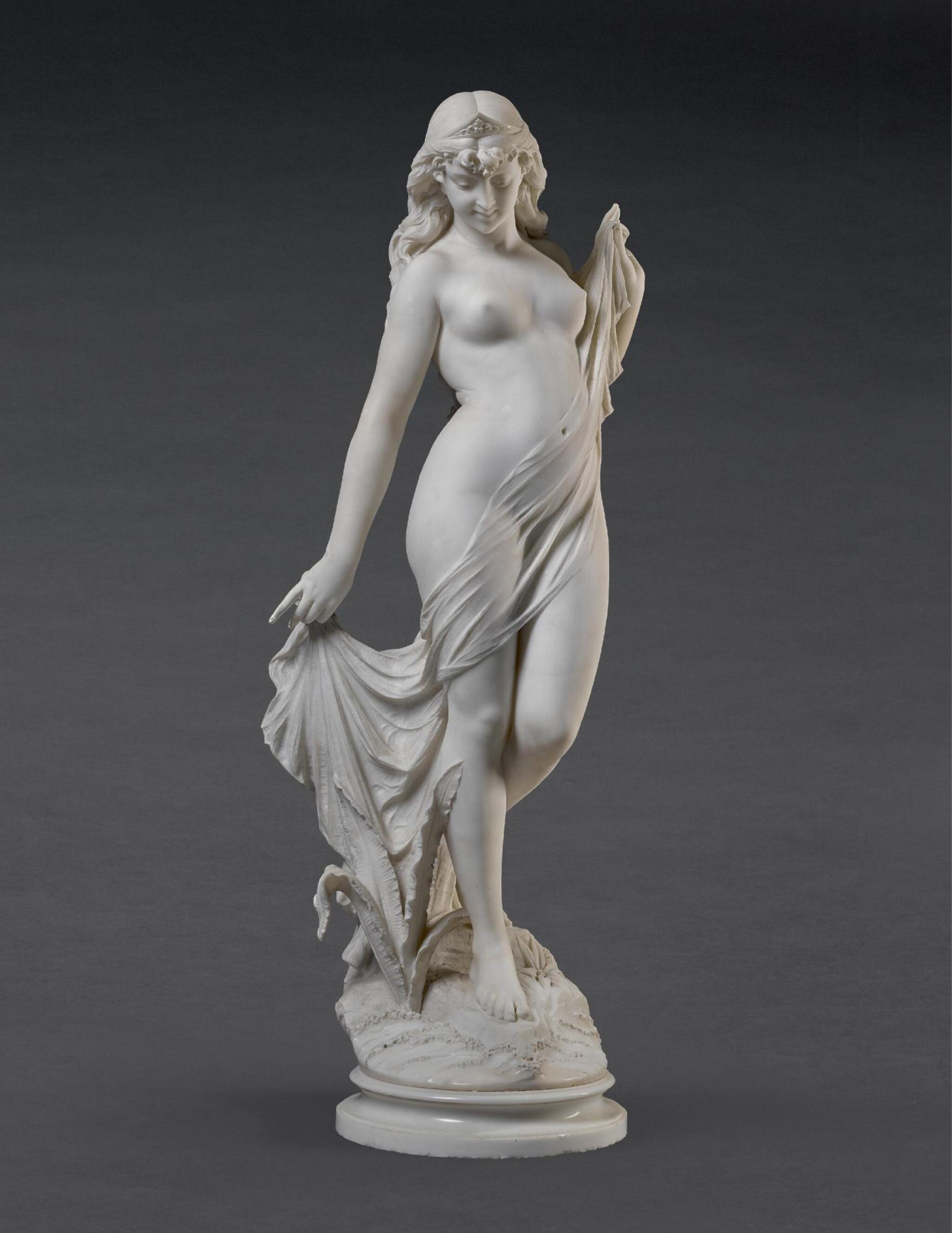 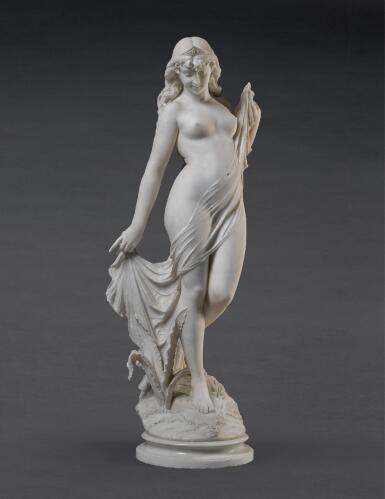 Overall the condition of the marble is very good with minor dirt and wear to the surface consistent with age. The original beautifully carved and polished surface is in excellent condition. There is minor natural veining to the marble consistent with the material. There are a few small naturally occurring inclusions including a slightly visible inclusion to the proper right eyelid which has been filled with wax. Both little fingers are restored. There are a few minor paint or crayon marks including a slight red mark to the proper left forearm. There are minor chips to the lower edge of the base. The probably original green marble column is in very good condition with a few minor chips.

Ferdinando Andreini was a student of Ulisse Cambi in Florence, and is well known for a bust of Victor Emmanuel for the Hall of the Grand Council of Florence. He mostly worked in Florence, and exhibited in various salons from 1861, both in Florence and in Turin.

The present marble belongs to a series of sculptures by Andreini, executed during the last quarter of the 19th century, focusing on nude or scantily-clad figures. Other examples from this period include a Wood Nymph, sold in these rooms, 20 March, 1992, and a Psyche, also Sotheby's London, 14 May 1999, lot 71. The present marble, with the single drape preserving the Bather's modesty, compares particularly well to an Allegory of Spring (or Primavera), sold at Sotheby's New York, 6 November 2014, lot 29 (sold for $209,000), which also shows a nude, seemingly weightless, balancing on one foot, as in the present marble.

With its delicate features, including the finely executed face and the flowing drapery and curls, the present marble is a prime example of Italian Romantic sculpture. The pure white unblemished marble adds to the overall impression of graceful elegance.