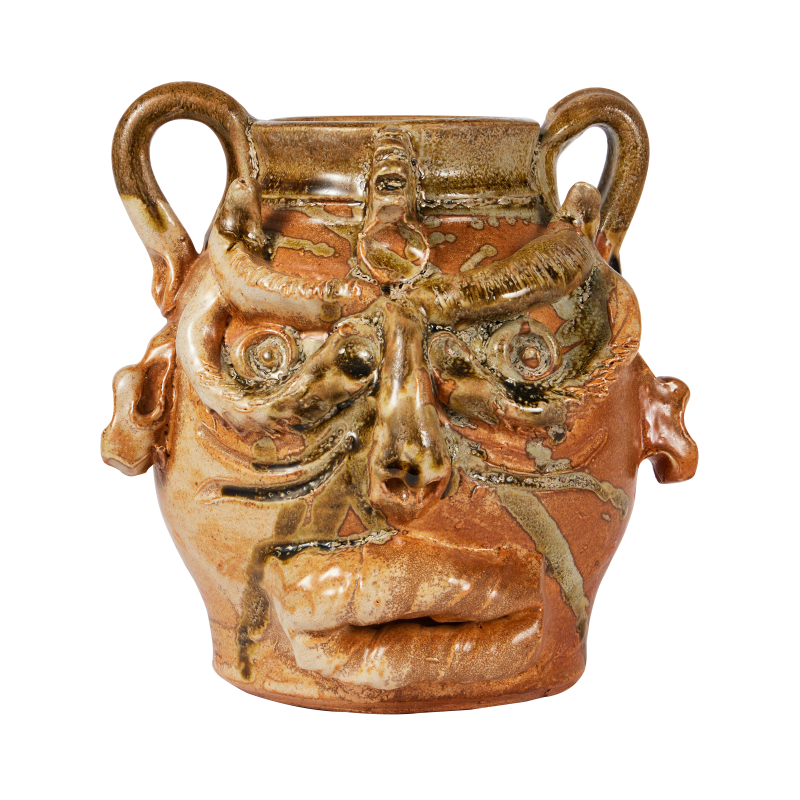 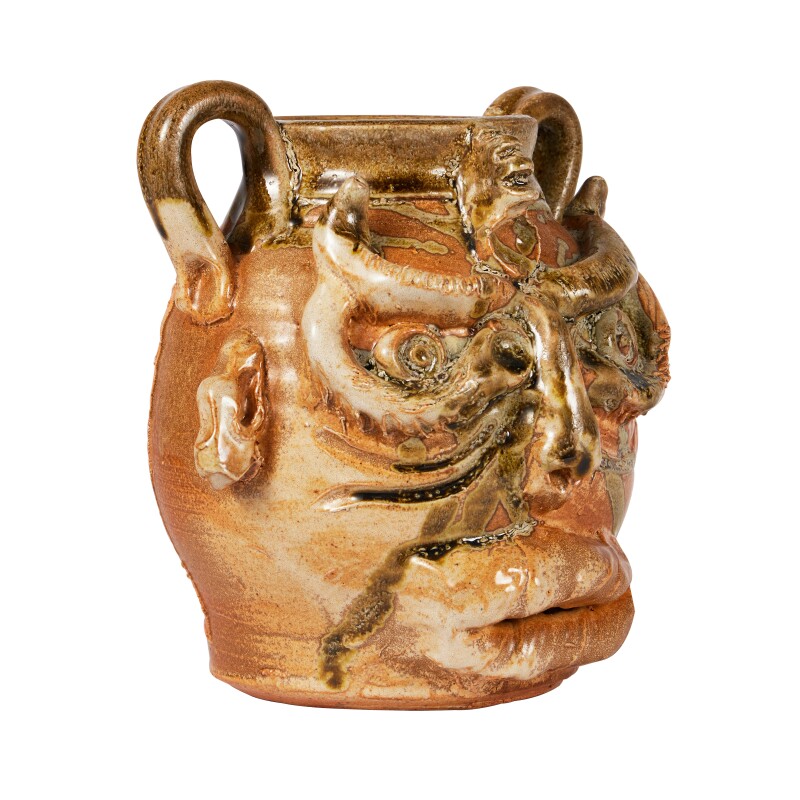 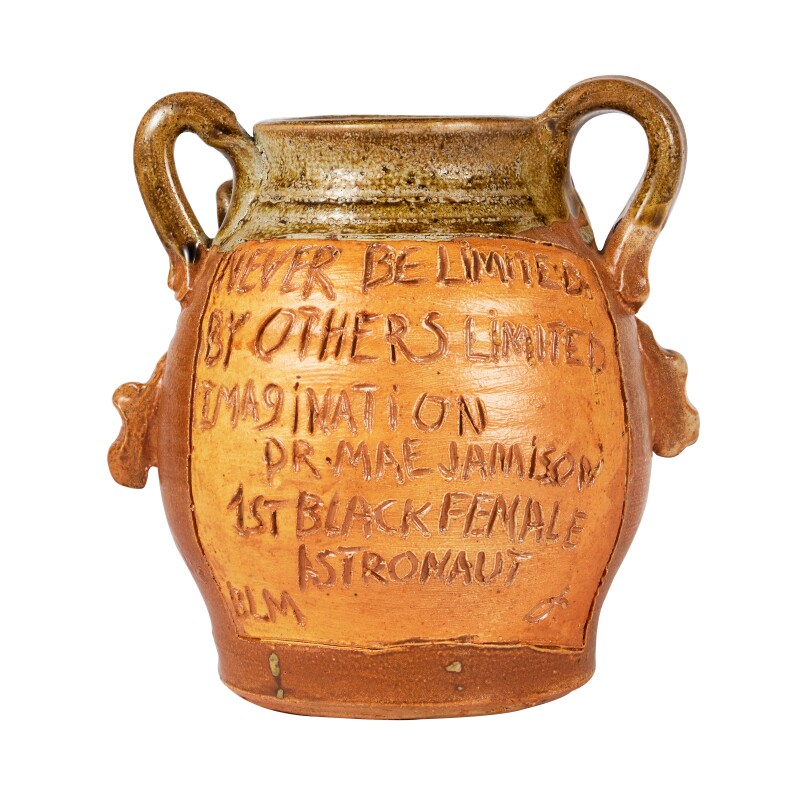 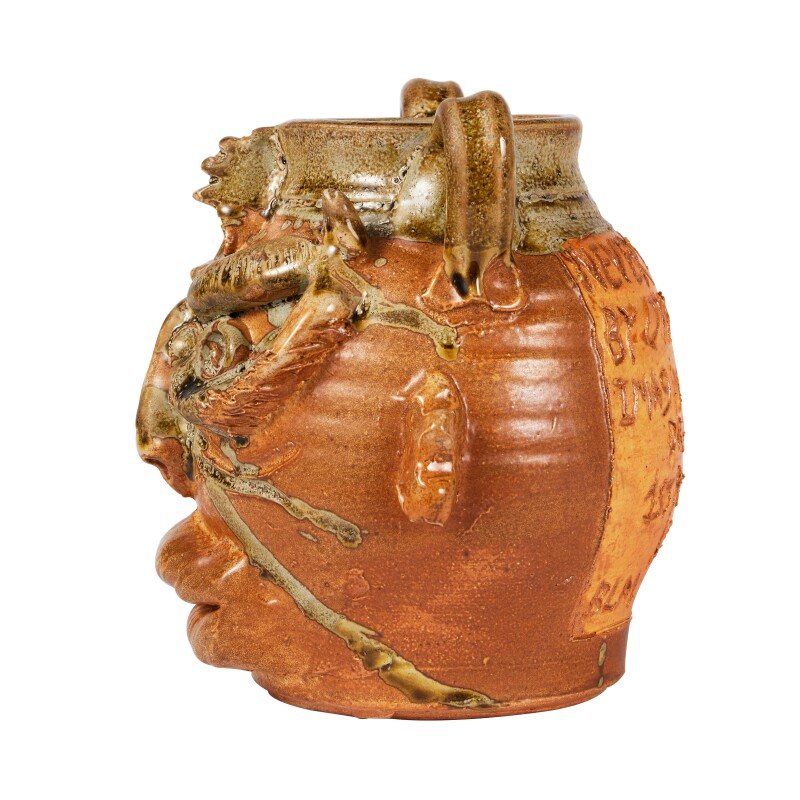 “The story I’m telling, it’s that enslaved people came here, and they survived and thrived when every hand was stacked against them. I’m speaking for those who are marginalized, for those who were brought here in chains, and those who were never given an opportunity.” —Jim McDowell

North Carolina-based Jim McDowell, known to many simply as “the Black Potter,” is a ceramicist who specializes in stoneware face jugs. Through his work, he honors the origin of these culturally rich vessels and reflects on “living while Black” in America to call out racism and injustice endemic to the US. At 75 years old, McDowell says he is busier than ever.

For Dr. Mae highlights Dr. Mae Jemison’s role in our social history, as the first Black female astronaut. “Never be limited by others' limited imagination,” her words, along with her name and the letters “BLM” are framed on the back of this two-armed vessel. Jim celebrates Dr. Jemison, crafting a face he calls feminine, with full lips thickly framed, almond-shaped eyes, a cute snipped nose and pinched sculptural ears. Her face is part green, part brown — of a planet, but perhaps not this one.

Direct from the artist