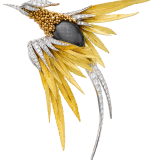 Interested in selling a work by Sterlé?
Start Selling

Lots by Sterlé at Sotheby's 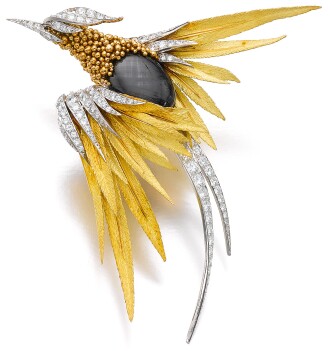 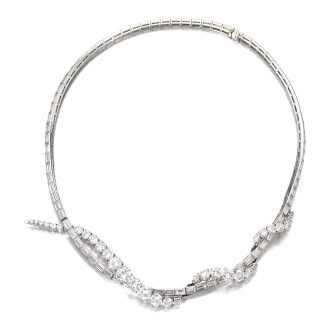 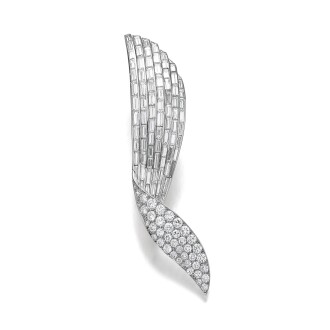 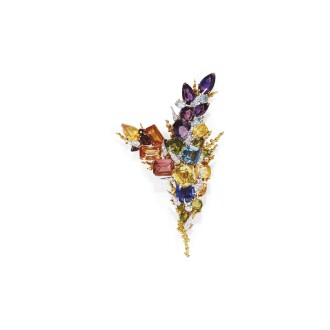 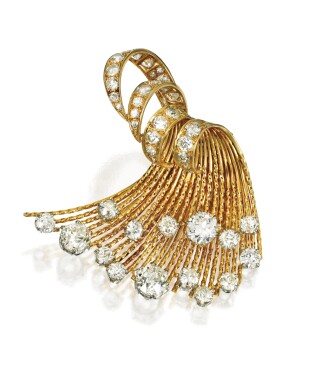 Born the son of a Parisian financier in 1905, Pierre Sterlé’s introduction to jewelry came when his father died during the first World War, and he was placed in the care of his uncle, the jeweler Maynier-Pinçon. Maynier-Pinçon was a jeweler of considerable expertise, supplying some of Paris’ most prominent jewelry houses, and as the young Sterlé’s own talent for jewelry became clear, he also began designing for such houses as Ostertag, Boucheron and Chaumet.

Having opened his first workshop on Rue St Anne in the mid 1930s, in 1945 Sterlé moved to the Avenue de l’Opera, establishing himself separately from the rest of his rivals on the Place Vendôme, and allowing him to pursue his own aesthetic ideals.

Closely allying himself with Paris’ haute couturiers and benefiting from their shared clientele, Sterlé worked closely with his artisans to develop bold and often highly experimental jewels that were designed to complement the high fashion of the era, expressively set with brightly coloured stones and diamonds in dynamic designs that bridged both abstract and figurative motifs. One of Sterlé’s signatures was ‘cheveux d’ange’, or ‘angel’s hair’, a technique involving the weaving and braiding of gold wire into short sections of dense chain to form articulated fringes on his jewels, which he developed in 1957.

While Sterlé won many awards in his career and designed for prominent clients including the Maharani of Baroda and the Begum Aga Khan, his fortunes took a decisive turn for the worse when he diversified into perfume, an expensive and unprofitable venture which cost his business dearly. While continuing to produce many of his best jewels, including many of his famed bird brooches, Sterlé’s business met with considerable critical success throughout the 1960s, but by the early 1970s his company was struggling to stay afloat, and he was eventually forced to sell his stock to Chaumet. Long-time admirers of Sterlé’s talents, Chaumet persuaded Sterlé to continue with them as an in-house jewelry designer, where he remained until his death in 1978.

One of the most uncompromising and visionary jewelers of the 20th century, Sterlé’s wildly romantic jewels are full of clever juxtapositions of texture and colour with an undeniable joie-de-vivre, and retain their unique allure to this day.