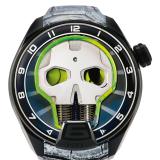 Interested in selling a work by HYT?
Start Selling

Lots by HYT at Sotheby's 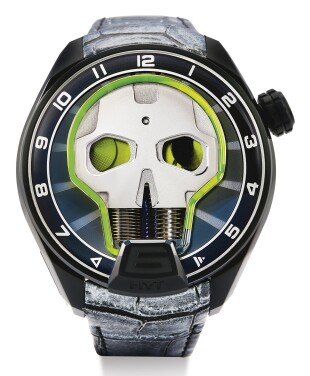 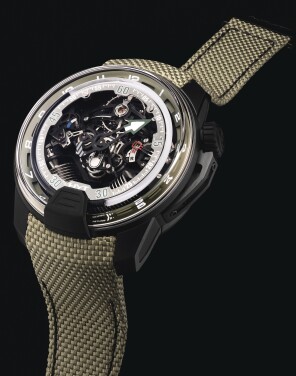 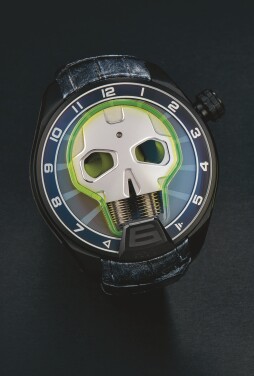 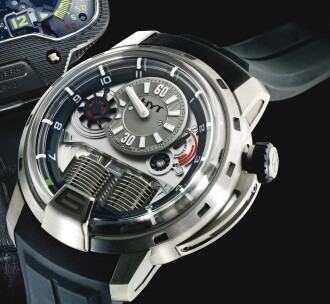 HYT creates watches that challenge timekeeping conventions, indicating the time using a system of fluids, rather than traditional hands. Pushing the boundaries of technology and design, HYT’s hydromechanical timepieces are daringly original. While HYT’s collection is groundbreaking in the world of horology, the concept behind HYT’s signature technology is millennia old. Ancient Egyptians developed clepsydras, or water clocks, in the 16th century BC, which were further evolved by Greeks and Romans. These historic clocks utilized the regulated flow of water from one vessel to another in order to measure time.

HYT spent years translating this ancient practice into a modern wristwatch. The first example, the H1, debuted in 2012 and introduced HYT’s proprietary hydromechanics: two liquids, one colored and one transparent, flow from bellows at 6 o’clock; the colored liquid represents the past and the clear represents the future. A traditional watch movement controls the flow so that the point where the two liquids meet indicates the hour. As time passes by, the liquids seamlessly move through a capillary framing the dial.

While being undoubtedly accurate time instruments, the design of HYT’s watches promote a more philosophical view of time: highlighting the intersection of the future and past rather than just the hour and minute. Some models, like the Skull, don’t even measure minutes — an artful reminder to engage in the moment. Others, like the H0 or the pilot’s watch-inspired H2, have superior legibility. The masterful mechanics of HYT’s watches are fully displayed in intricately skeletonized styles, such as the H20 with a sapphire crystal cloche that affords views from every angle.