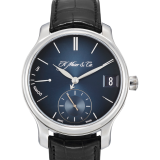 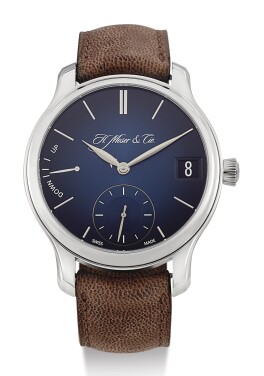 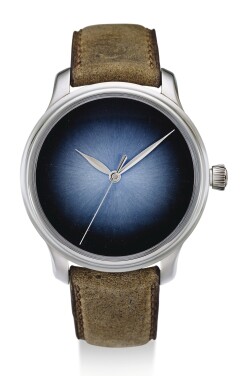 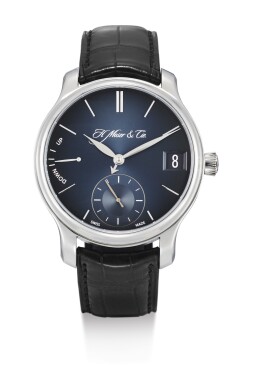 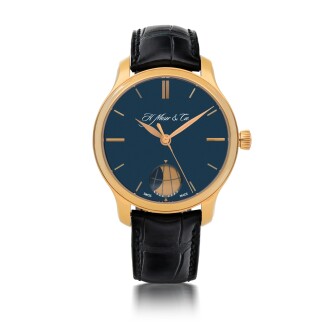 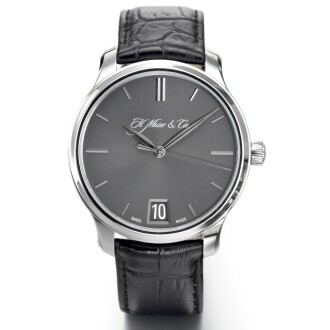 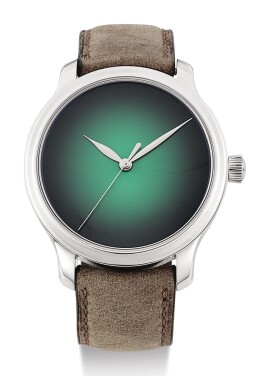 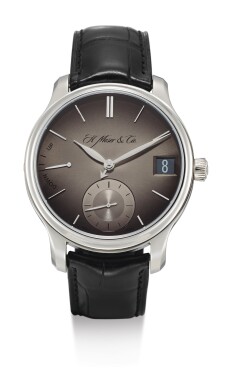 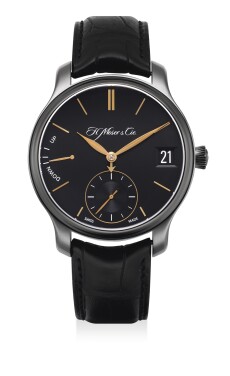 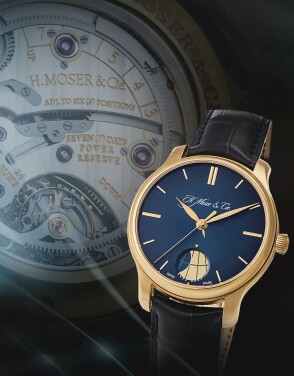 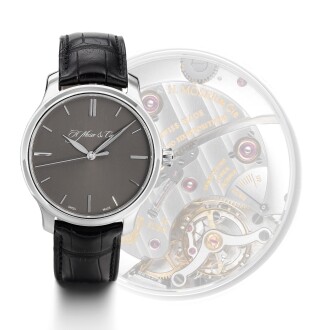 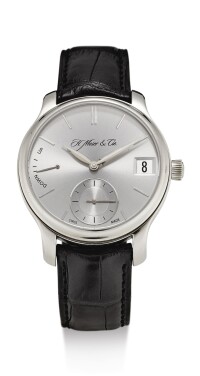 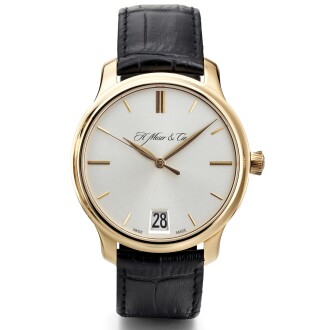 H. Moser & Cie employs the motto “Very Rare”, which befits a brand that values small-scale craftsmanship and artistry above all else. The company’s history dates back to 1828 when Heinrich Moser, a Swiss native from a family of watchmakers, established his business in St. Petersburg. His pocket-watches quickly became the height of horology in the Russian empire, which led him to establish a factory in his hometown of Schaffhausen to fulfill demand for his wares. Due to the October Revolution, the company eventually moved all operations to Switzerland.

For much of the 20th century, the Moser name was dormant. In 2005, the founder’s great-grandson helped revive the brand. It debuted with three models that epitomize the modern Moser look: the Monard, Monard Date and Mayu. With their clean, minimalist faces and richly colored dials, Moser’s watches offered a beautifully restrained alternative to the excessively complex timepieces dominating the market. That exquisitely simple surface, though, belies the masterful mechanics at the heart of every H. Moser watch.

Each H. Moser timepiece, including the house’s eight proprietary movements, is entirely produced at the brand’s Schaffhausen workshop. A team of 55 craftsmen develop and build every watch, which caps production at 1,200 pieces annually. Such meticulous manufacturing hasn’t prevented H. Moser from innovating. The brand has been celebrated for slyly irreverent designs such as the Swiss Alp Watch, an entirely mechanical timepiece whose form strongly resembles the Apple Watch, and the Endeavour Perpetual Calendar — the sleekest rendering of this complication, utilizing the hour indices to mark the month. Without the clutter of additional sub-dials, it’s a prime example of H. Moser’s signature minimalism.