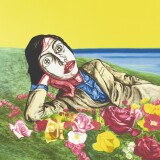 Works by Zeng Fanzhi at Sotheby's 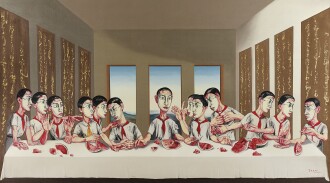 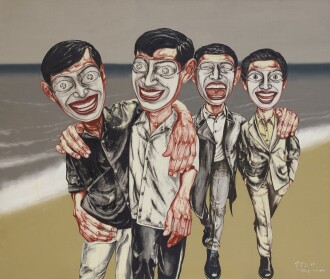 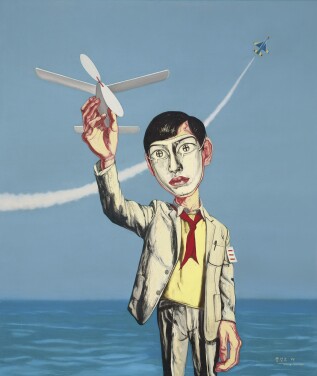 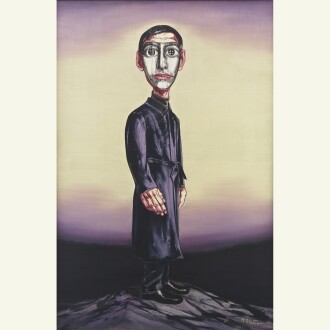 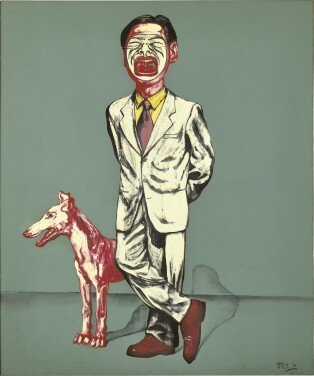 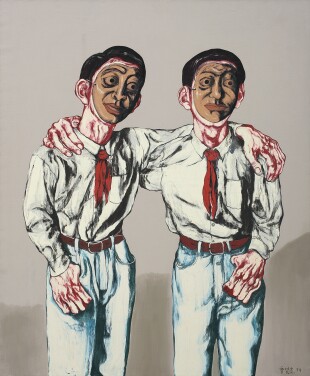 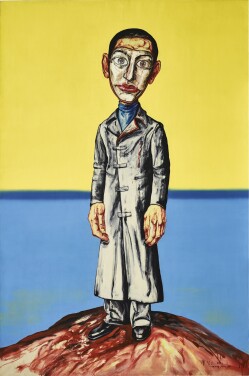 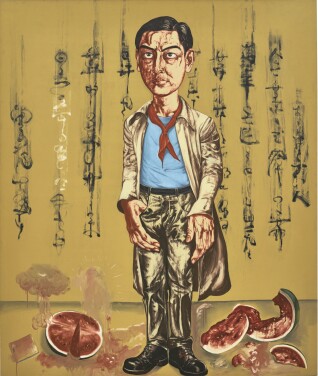 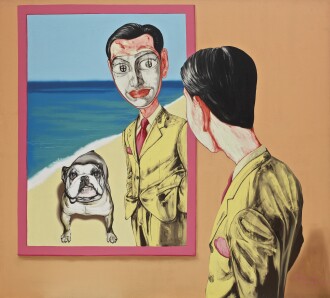 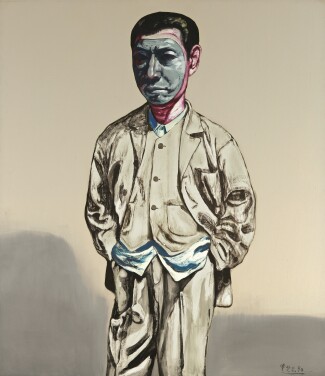 Zeng Fanzhi’s evocative and emotionally direct paintings capture the dissonance of modern life with stunning psychological acuity. While his figures are often rendered against empty or abstracted backgrounds, Zeng suggests as much about his subjects’ wider social and political contexts as their inner worlds. With a unique synthesis of Eastern and Western reference points—from lively brushwork and enlarged features recalling German Expressionism to ironic appropriations of Communist-era social realist tropes – Zeng has become a preeminent chronicler of the rapidly globalizing face of contemporary China.

Born in Wuhan, China, in 1964, Zeng grew up during Mao’s Cultural Revolution. He attended Hubei Academy of Fine Arts, where he developed an interest in the German Expressionist painters; their influence is evident in the unflinching corporeality of Zeng’s early Hospital and Meat series. In 1993, Zeng moved to Beijing, and soon thereafter his work underwent a notable stylistic shift. In his famous “Mask” series, Zeng explores themes of superficiality and alienation by covering his subject’s faces with leering, empty-eyed masks, which obscure the pain and humanity so readily apparent in his early works. Zeng’s style has continued to evolve throughout a career marked by virtuosic technical dexterity. In recent years, he has drawn on Chinese painterly traditions, moving further toward abstraction in both landscapes and portraiture.

One of the most celebrated artists working today, Zeng’s work is highly sought after on the auction market. In October 2013, Sotheby’s Hong Kong sold Zeng’s The Last Supper for $23.3 million, a record for contemporary Asian art. Zeng has been featured in numerous group and solo shows around the world. He represented China at the 2009 Venice Biennale, and in 2013 the Musée d’Art Moderne de la Ville de Paris mounted a major retrospective of his work. His paintings can be found in the permanent collections of the Los Angeles County Museum of Art, San Francisco Museum of Modern Art, Musée d’Art Moderne de la Ville de Paris, and National Art Museum of China, Beijing.