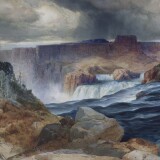 Works by Thomas Moran at Sotheby's 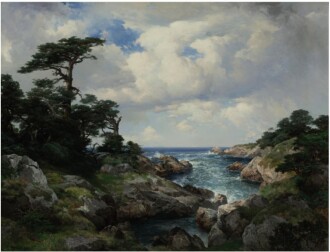 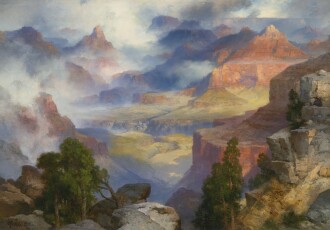 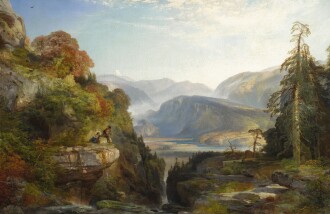 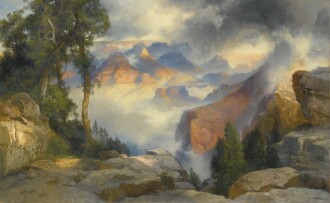 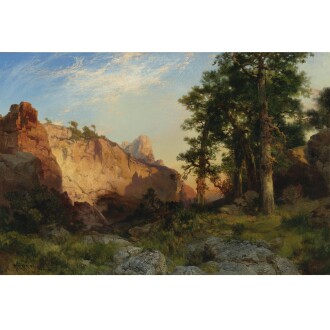 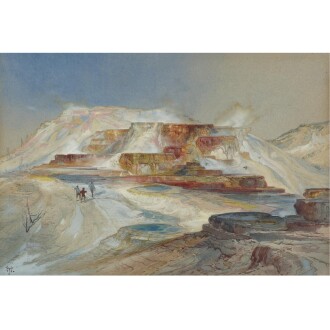 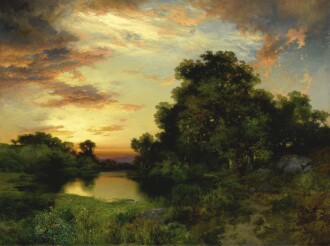 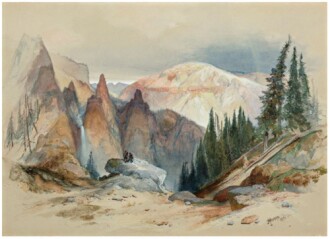 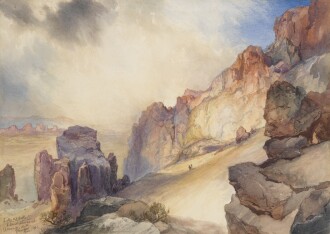 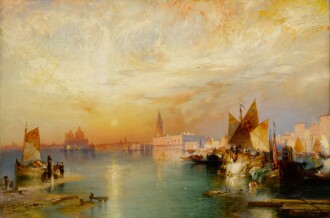 A leading member of the Hudson River and Rocky Mountain Schools, Thomas Moran is best known for his breathtaking depictions of the American West. Featuring sweeping vistas and dramatic skies, his oils, watercolors and etchings captured the public imagination; Moran played a pivotal role in the creation of Yellowstone National Park and was the first American painter to capture the majesty of the Grand Canyon. At the end of his long and prolific career, Moran was memorialized as the “Dean of American Landscape Painters.”

Moran was born in 1837 in Bolton, England, immigrating to Philadelphia at the age of seven. He spent his teenage years as a wood engraving apprentice, and later worked in the studio of his older brother, Edward, an emerging marine painter. Around this time, he encountered the expressive landscapes of English Romantic painter J.M.W.Turner, and in the 1860s, Moran visited England to see Turner’s work. By the end of the decade, Moran had launched his career in the States as chief illustrator at Scribner’s Monthly. His big break, however, would come in 1871, when he joined Ferdinand Hayden’s survey team of the Yellowstone Region. Moran’s paintings, including the enormous Grand Canyon of the Yellowstone (1872), captured national attention and helped inspire Congress to establish the area as the nation’s first national park in 1872. The following year, Moran joined John Wesley Powell’s expedition to the Colorado River and Grand Canyon, organized by the U.S. Geological Survey (USGS). In the decades that ensued, Moran continued to travel and paint extensively throughout the American West, as well as in England and Mexico. He died in Santa Barbara, California in 1926 at the age of 89.

Moran was elected a member of the National Academy of Design in 1884. Today, the Thomas Moran House in East Hampton, NY is a National Historic Landmark. His paintings reside in numerous collections, including the White House Collection, the Smithsonian American Art Museum and the National Gallery of Art in Washington, D.C.; the Cooper Hewitt, Smithsonian Design Museum in New York; and the Amon Carter Museum of American Art in Fort Worth. Mount Moran in Grand Teton National Park is named for him.

Type: slideshow
Category: Books & Manuscripts
Charting America, from New York to the Western Frontier
Please note that prior performance of the indexes and realized returns contained herein does not guarantee future results. In addition, there is no guarantee that random collections of individual works of art or stocks will yield index returns. We are not financial advisors and we are not in the business of recommending art as an investment. We also have no comparative advantage in forecasting the future direction of the art market. Investment decisions should be based on the risk return tolerance and time horizon of the investor with, if desired, the support of a licensed financial advisor. This information is provided "as is" and with no representations or warranties either express or implied of accuracy, merchantability, fitness for a particular purpose or of any other nature are made with respect to this information or to any expressed views presented in this information.