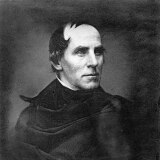 Works by Thomas Cole at Sotheby's 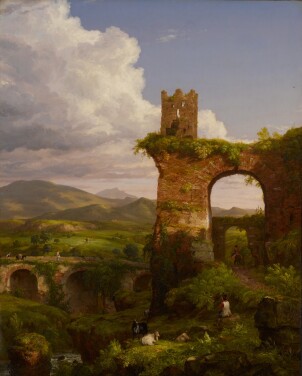 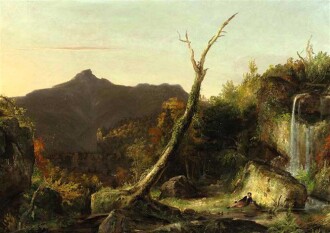 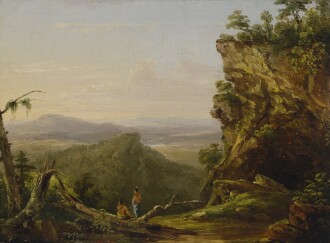 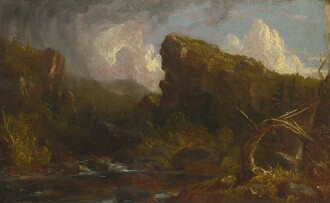 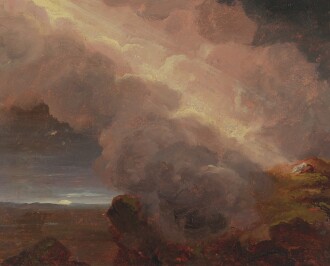 Thomas Cole was born in Bolton-le-Moors, Lancashire, England, in 1801. In 1818, Cole emigrated with his family to the United States, where they settled in Ohio. At age 22, Cole moved to Philadelphia to work as a wood engraver, but soon returned to Steubenville, Ohio, to join his father’s newly established wallpaper manufacturing business. However, the work did not satisfy Cole; he was interested in painting, instead, and sought out a local artist for rudimentary instruction. Thus educated, Cole began receiving commissions to paint portraits, genre scenes and landscapes.

In 1823, Cole returned to Philadelphia to take classes at the Pennsylvania Academy of the Fine Arts. Two years later, he moved to New York City, eager to begin his artistic career in earnest. That year, Cole embarked on his first exhibition up the Hudson River to the eastern Catskills Mountains, sketching along the way. From his drawings, Cole completed three formal landscape paintings; the artist convinced a bookseller in the city to display these works in his shop window. Colonel John Trumbull, the storied painter of the American Revolution, saw Cole’s work and was immediately purchased one of the three landscapes, recommending the two others to his friends, theater producer William Dunlap and artist Asher B. Durand. Trumbull was particularly taken with Cole’s talent, and set to introducing Cole to other patrons of the arts. Quickly, Cole rose to notoriety within New York’s artistic community and high society. In 1925, Cole became a founding member of the National Academy of Design.

Cole continued to explore and paint the Northeastern region of the country, including making frequent trips to New Hampshire’s White Mountains. In 1829, Cole embarked on a grand tour of Europe, making stops throughout Italy. Italy’s landscape and mythology inspired Cole, prompting him to paint a number of Italian subjects in the coming years.

Upon Cole’s return to the US in the early 1830s, he married a woman from the Catskills and moved to the region full time. Cole continued to perfect his technique, completing a number of momentous works which today reside in notable international private and public collections. In the 1840s, Durand and Frederic Edwin Church, a young artist, studied under Cole at the artist’s studio in the Catskills. Taking direction from Cole, Church became a dominant voice in the second generation of Hudson River School artists.

After contracting pleurisy, Cole died in 1848 at the age of 47. In the coming decades, Cole’s work continued to guide and define the stylistic approach American landscape painting. Today, Cole’s artwork can be found in the collections of the Metropolitan Museum of Art, New York, the Smithsonian American Art Museum, Washington, D.C., the Museum of Fine Arts, Boston, the New York Historical Society and the Art Institute of Chicago, among other institutions.