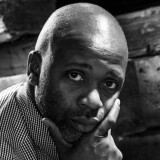 Works by Theaster Gates at Sotheby's 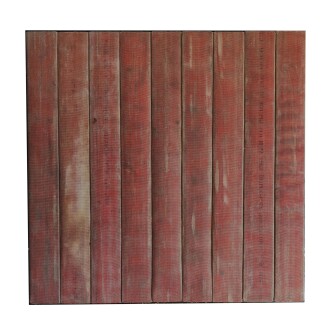 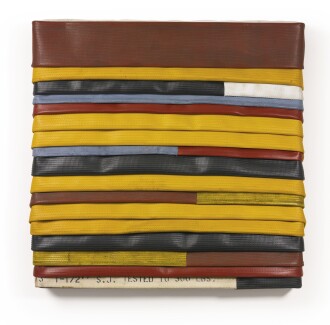 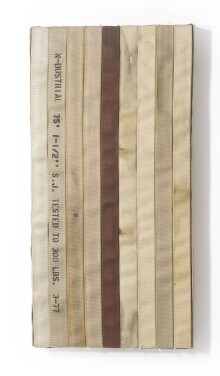 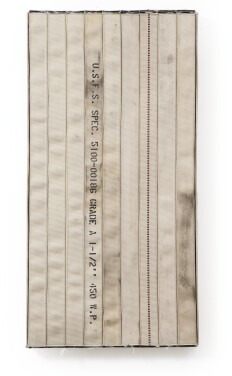 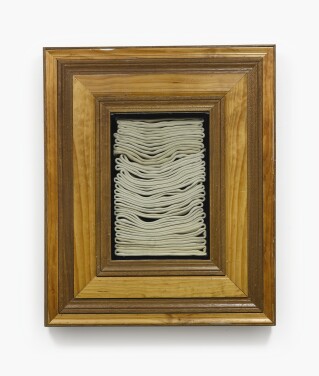 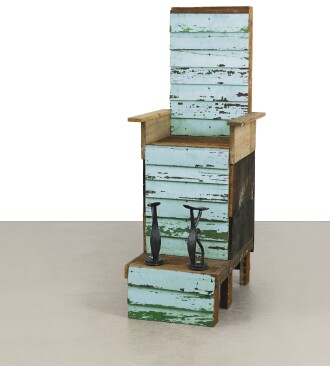 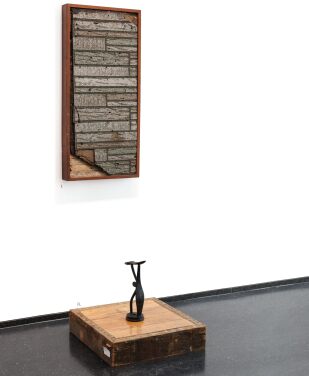 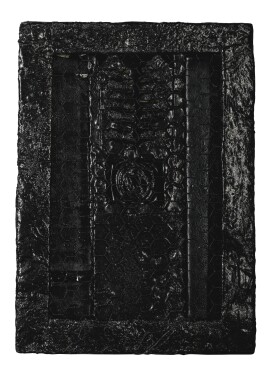 Chicago native Theaster Gates refers to himself as equal parts artist, bureaucrat and hustler and has cultivated an artistic production that reflects his deep commitment to social justice and urban renewal within the city of Chicago. Synthesizing his interests in performance art, craftsmanship, and historical conservation, Gates often repurposes materials from shuttered African American businesses in installations that function as both works of art and facilitators of change and community growth. He has also helped to draw attention to the historical and cultural importance of previously overlooked urban areas through the renovation of dilapidated buildings, which have been reopened as public cultural centers. Illustrative of his symbiotic relationship to his home city, Gates’s 2014 million-dollar installation for the South Side’s Ninety-fifth Street subway terminal is the largest commission of a public work of art in the history of the Chicago Transit Authority.

Gates has participated in numerous exhibitions and installations, including the 2010 Whitney Biennial, New York; the 2010 Art Chicago Fair; Documenta 2013, Kassel; and the 2015 Venice Biennale. In 2018, along with Sir David Adjaye and Bono, Gates curated the third RED auction to support the fight against AIDS. He is also the founder of the non-profit Rebuild Foundation, a platform for cultural development that provides free arts programing and develops affordable housing and working spaces. Its mission, according to the Rebuild Foundation, is informed by the values that black people matter, black spaces matter and black objects matter. He is director of the Arts and Public Life initiative at the University of Chicago where he also teaches, and the lead singer of the band The Black Monks of Mississippi. Gates’s ceramics, sculptures, paintings and installations continue to captivate collectors with aesthetically fascinating innovations. His works are included in the collections of the Museum of Contemporary Art Chicago; Tate Modern, London; and the Whitney Museum of American Art, New York.

Museums with Works by Theaster Gates 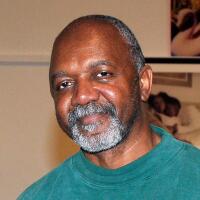 Type: artist
Category: Artist
Kerry James Marshall
View Profile
Please note that prior performance of the indexes and realized returns contained herein does not guarantee future results. In addition, there is no guarantee that random collections of individual works of art or stocks will yield index returns. We are not financial advisors and we are not in the business of recommending art as an investment. We also have no comparative advantage in forecasting the future direction of the art market. Investment decisions should be based on the risk return tolerance and time horizon of the investor with, if desired, the support of a licensed financial advisor. This information is provided "as is" and with no representations or warranties either express or implied of accuracy, merchantability, fitness for a particular purpose or of any other nature are made with respect to this information or to any expressed views presented in this information.