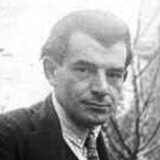 Works by Sándor Bortnyik at Sotheby's 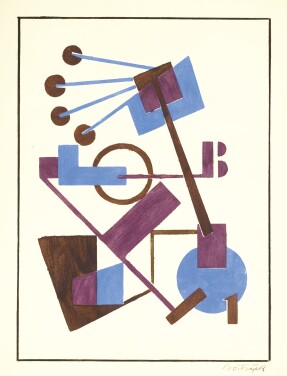 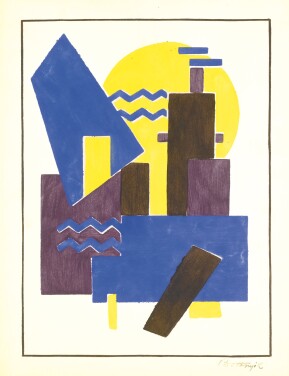 Hungarian painter and graphic designer Sándor Bortnyik (1893-1976) played an instrumental role in the development of the Hungarian avant-garde movement. Well-known for his commercial posters, Bortnyik was greatly influenced by Cubism, Expressionism and Constructivism and is accredited with introducing modernist-constructivist poster style to the Hungarian art scene. Bortnyik’s role as a teacher is a significant aspect of his career and legacy. Not only did he establish the Mühely Academy in the mid-1920s, the centre of Bauhaus teaching in Budapest, he also taught at the Hungarian Academy of Fine Arts in Budapest from the mid-1930s onwards, where he was director from 1949 until 1956.

Bortnyik first began his artistic training in Budapest in 1913 where he was immediately drawn to the Fauves. He suspended his studies in 1915 and, after meeting Lajos Kassák, began contributing to the Hungarian activist magazine MA, of which Kassák was the editor. Along with several other artists connected with MA, Bortnyik was forced to flee Budapest following the collapse of Béla Kun’s communist regime and the dissolution of the Hungarian Soviet Republic, after which Romanian troops invaded Hungary. Bortnyik settled first in Vienna, designing book covers and illustrating for newspapers, before relocating to Weimar in 1922 where he studied for two years with the Weimar Bauhaus, established a studio, the Neue Reklame Gestaltung, with other Bauhaus artists, and exhibited at Galerie Nierendorf and Herwarth Walden’s Sturm gallery in Berlin.

The strong architectural component of Bortnyik’s non-figurative works is owed to the Bauhaus and Constructivist movements with which he came into contact during this time. His abstract compositions reveal the influence of Oskar Schlemmer, whose theatre workshops Bortnyik often attended. In these and many of his figurative works, Bortnyik reflects Schlemmer’s concerns with the problematic of the figure in space. The overlaying of colour planes and experimentation with geometric forms, would also reappear in his poster designs.

It was only after the common amnesty in 1925 that Bortnyik returned to Budapest where he earnt a living as a poster designer, continued to paint and opened an avant-garde theatre company, the Zöld Szamár (Green Donkey). Bortnyik was seen as the central figure of commercial design; his style was a novelty for the Hungarian audience and was rapidly popularised over the next few years. Bortnyik’s posters from this period reflect a strong appreciation for geometric forms, bold planes of colour and block letters whilst also incorporating humour into them. By 1933, however, Bortnyik had tired with the now familiar and exhausted modernist-constructivism and published an article on the death of the modern poster. Together with his friend and colleague, Berény, he developed a softer and more picturesque style which made use of a lighter colour palette and gentler tones.

Aside from his painting and graphic designs, Bortnyik also has a great reputation as a prolific writer and publisher of theoretical works that were highly important to Hungarian graphic design tendencies. He was the artistic director of the magazine Új Föld and a founding member of the Hungarian Association of Book and Commercial Artists, but also contributed theoretical articles to magazines such as Magyar Grafika and Reklám-élet and founded his own magazine, Plakát.

Museums with Works by Sándor Bortnyik