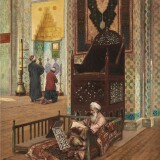 Works by Rudolf Ernst at Sotheby's 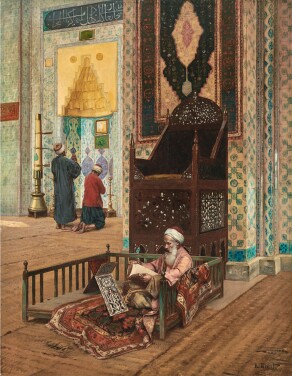 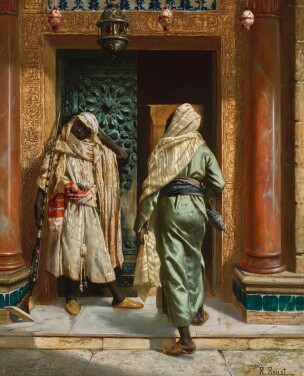 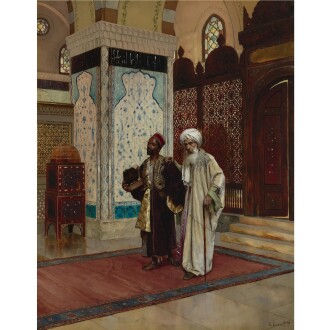 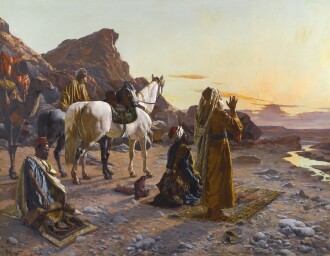 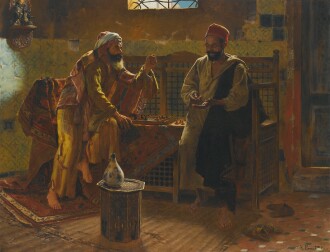 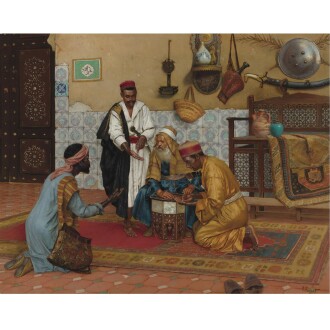 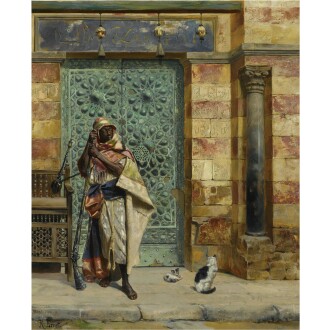 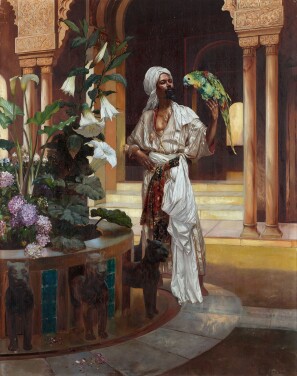 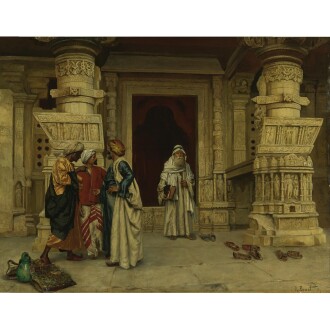 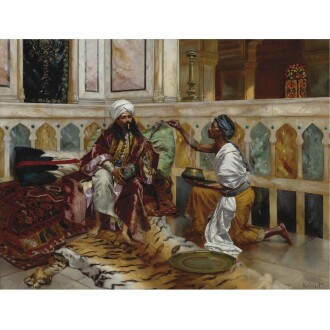 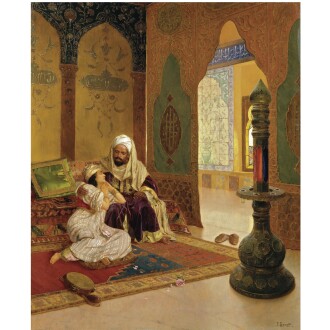 Born in Vienna in 1854, Rudolf Ernst received his early training under Anselm Feuerbach at the Vienna Academy, of which his painter-architect father, Leopold Ernst, was also a member. He left Vienna at the age of twenty in order to continue his studies in Rome, before settling in Paris in 1876 upon his return, where he later sought French nationality , as did his close friend and fellow artist, Ludwig Deutsch. It was in Paris that Ernst met Osman Hamdy Bey, the French-trained Turkish painter, who inspired him to turn toward an orientalist subject matter. Over the years that ensued, Ernst’s voyages to Turkey, Moorish Spain and Morocco stoked his fascination with Islamic culture: though in 1884 he was primarily a portraitist and genre-painter, by 1885 Ernst was producing almost exclusively orientalist works. In 1889 and 1900 Ernst took part in the Exposition Universelle. In 1905 he left Paris to establish his home and studio in Fontenay-aux-Roses, where he also died in 1932.

Ernst’s favourite themes include Nubian guards, the harem, mosque interiors, smokers and chess players. From around 1900, he also began to paint Hindu temples, notably L’Étang sacré and Le Temple souterrain. The works, which unite architecture, characters, colours and textiles, are characterised by colouristic resplendence and extraordinary attention to detail. This intensity of colour in Ernst and also Ludwig Deutsch’s work is evidence of Jean-Léon Gérôme’s great influence over them. Ethnographic accuracy was not a priority for Ernst. Several paintings make use of objects and artefacts taken from different cultures which are used by Ernst as a vehicle to showcase his mastery of form and texture.

His 1890 trip to Constantinople introduced Ernst to ceramic tile-decorating, and he soon learnt the art from Parisian ceramicist and glassmaker Léon Fargue. His paintings were almost all created in his studio using sketches, photographs, souvenirs and memories to recreate Eastern scenes. In order to help stimulate his mind and transport himself to the Orient, Ernst decorated his studio and home in an eclectic Ottoman style, filling it with drawings and props acquired on his travels; he even wore a tarboosh (a traditional felt hat with a silk tassel) whilst he painted.

During his lifetime, Ernst was commissioned by many high-profile patrons in France, including the Maréchal de MacMahon and the Duc de Castries, and abroad, particularly in Turkey. Today, Rudolf Ernst is a highly-valued artist. His work can be found in international collections, including at the Dahesh Museum of Art in New York City and at the Fine Arts Museums of San Francisco.