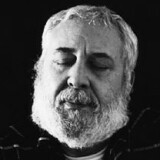 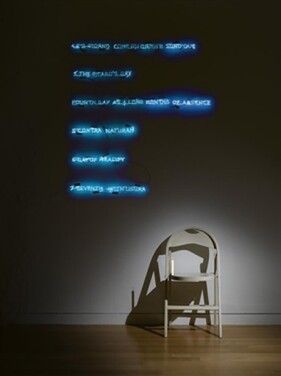 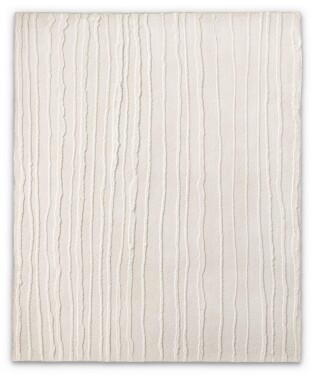 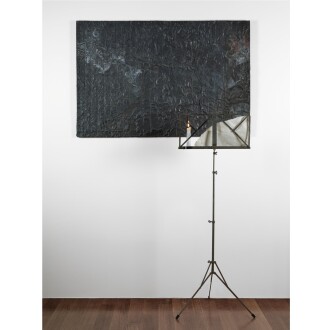 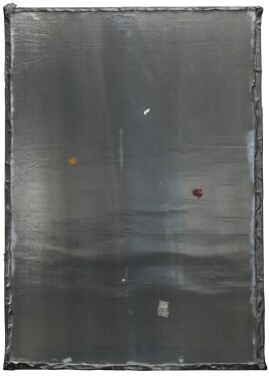 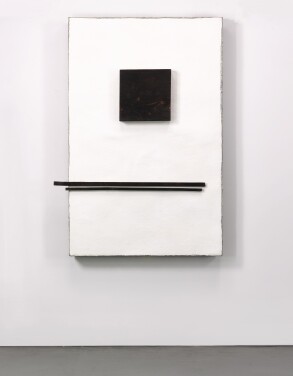 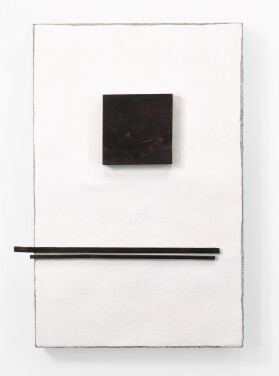 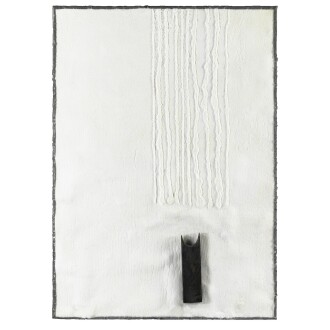 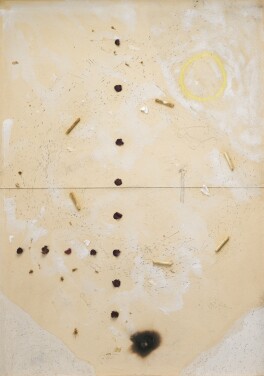 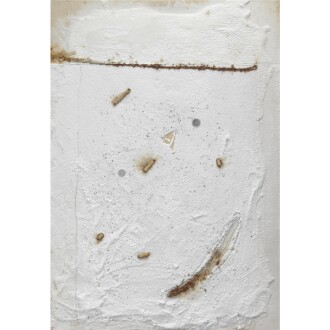 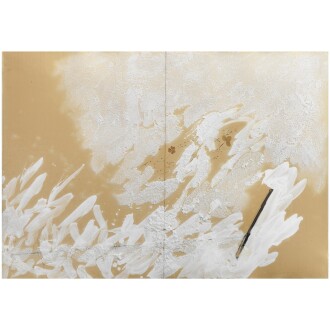 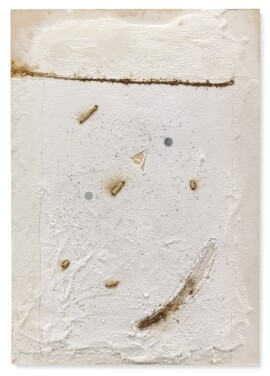 Contemporary Italian artist Pier Paolo Calzolari is best known for his work in the fairly radical Arte Povera group of the 1960s and 1970s, which used unconventional materials and spaces to resist the corporate, capitalist industrialism of the post-war period. His paintings, sculpture, installations and performances weave together elemental materials found in nature including burnt wood, salt, lead, moss or even edible products to access personal and collective memory and question the nature of existence.

Born in Bologna in 1943, Calzolari spent much of his youth in Venice, the light, history and aesthetics of which he would later explain, greatly informed his work. In the 1960s, he set up a workspace at Studio Bentivoglio in Bologna, observing the work and performances of his contemporaries. He worked as an assistant at the Academy of Fine Arts and participated in exhibitions which brought him increasing international recognition, including the Live in Your Head: When Attitudes become Form exhibition at the Kunsthalle Berne in 1969. He continued working and exhibiting into the 1970s, participating in Documenta 5 in 1972, but he withdrew from the public eye in the 1980s, living in the small village of Fossombrone in central Italy, explaining that he feels a kinship with the mentality and centuries’ old history of the region. Until recently, he has remained largely away from public attention.

Despite his seclusion for nearly three decades of his career, Calzolari remains one of the most revered living artists of the Arte Povera movement. In the 2010s, Calzolari returned to a more public stage with Art Basel in 2017, and a 2018 solo exhibition at the White Cube in London. One can find his works in the permanent collections of major museums of contemporary art, including the Goetz Collection in Munich, the Castello di Rivoli Museum of Contemporary Art in Turin and the Art Institute of Chicago. He is represented by the Marianne Boesky Gallery in New York and Kamel Mennour in Paris.

Type: video
Category: The Luxury Edit 2022
The Enigma Black Diamond | A Rare Cosmic Wonder
Type: video
Category: Expert Voices
The Dual Nature of Christ: Sandro Botticelli’s Defining Masterpiece Man of Sorrows
Type: featured
Category: Chinese Paintings – Modern
The Big Pigture: Life Lessons from the World of Mcdull
Type: video
Category: Auctions and Exhibitions
The William K. du Pont Collection: A Holy Grail of Americana
Type: featured
Category: Prints
Mixografia
Type: featured
Category: Contemporary Art
Chris Levine: Let There Be Light
Type: story
Category: Press Release
London| René Magritte’s L’Empire des Lumières to Make Auction Debut | 11 January
Type: story
Category: Press Release
Sotheby’s Hong Kong Presents ‘Mcdull here he comes’ Online Auction
Type: story
Category: Handbags and Accessories
The Most Expensive Chanel Bag Ever Sold at Auction: Karl Lagerfeld’s Prized Possession
Type: story
Category: Handbags and Accessories
The Best Hermès Shoulder Bags: Constance, Roulis and More
Type: story
Category: Press Release
Sotheby’s Appoints Jean Qian As Managing Director Of China
Type: featured
Category: 20th Century Design
2021 Wrapped: A Year Of Magical Moments
Please note that prior performance of the indexes and realized returns contained herein does not guarantee future results. In addition, there is no guarantee that random collections of individual works of art or stocks will yield index returns. We are not financial advisors and we are not in the business of recommending art as an investment. We also have no comparative advantage in forecasting the future direction of the art market. Investment decisions should be based on the risk return tolerance and time horizon of the investor with, if desired, the support of a licensed financial advisor. This information is provided "as is" and with no representations or warranties either express or implied of accuracy, merchantability, fitness for a particular purpose or of any other nature are made with respect to this information or to any expressed views presented in this information.