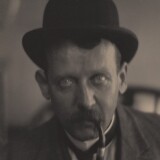 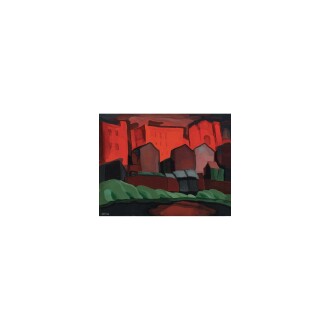 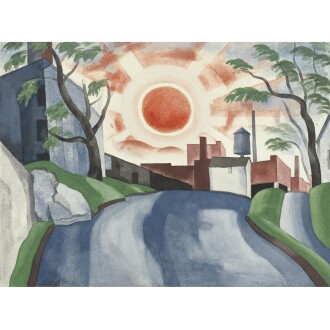 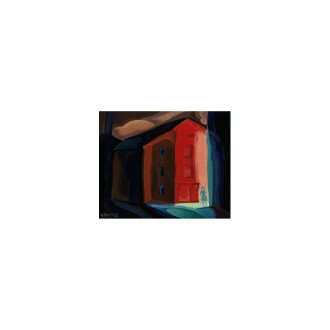 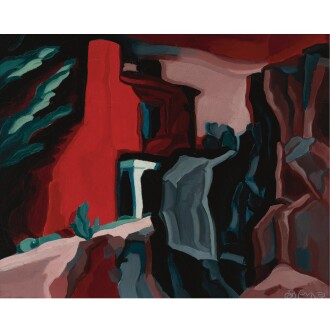 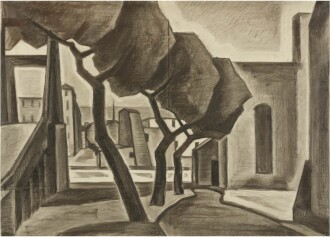 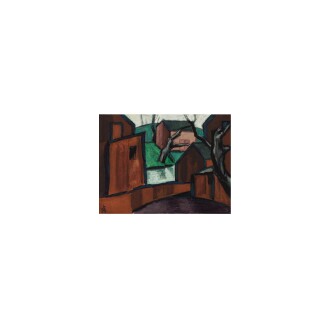 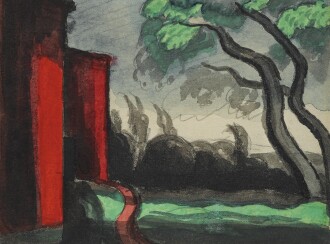 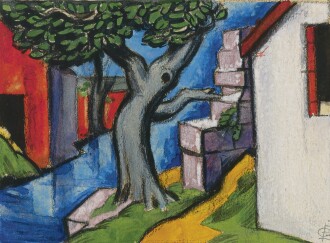 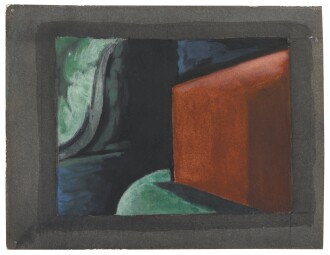 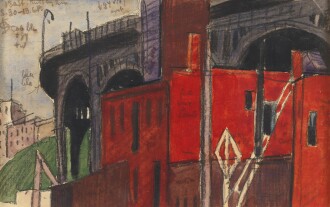 German born American painter Oscar Florianus Bluemner produced distinctly Modernist works that synthesized the geometric experimentation of Cubism with the acidic colors and vivid juxtapositions of the German Expressionists. Bluemer was largely overlooked and relatively unsuccessful during his lifetime, consistently struggling to sell substantial work; however, he is now considered a major artist of the early 20th century in America who significantly contributed to the development of American modernism.

Born in Prenzlau, Germany in 1867, Bluemer studied architecture at the Royal Academy of Design in Berlin, but later abandoned his architectural interests in favor of painting. However, after failing to retain consistent patrons in an increasingly conservative German environment, he immigrated to America in 1893. Once stateside, Bluemer found work as a draughtsman for the World’s Columbian Exhibition in Chicago, then vacillated between New York and Chicago looking for work. Bluemer was a prolific writer and published his theoretical understanding about painting in journals and magazines in New York. After meeting photographer and art promoter Alfred Stieglitz in 1908, Bluemer became more confident in his painting. He conveyed bold landscapes through increasingly experimental forms and participated in the 1913 Armory Show, after which Stieglitz gave him a solo exhibition at 291 Gallery. Nonetheless, he remained unable to sell his work; the timing of his only critically revered exhibition in 1935 at the Marie Harriman Gallery during the Depression hindered potential sales. He accepted commissions through the Works Progress Administration, but ultimately committed suicide under the duress of accruing debt, weakening eyesight and the death of his wife.

Despite Bluemer’s unfortunate struggles during his lifetime, his work has been hailed as crucial to early American modernism; the Whitney’s 2005 exhibition of Bluemer’s work firmly situated him in the art historical canon. In sad irony, his works now sell for tens of millions; Illusion of a Prairie sold for $5.3 million in 2011. Bluemer’s paintings can be found in the permanent collections of major museums including the Whitney Museum, the Museum of Modern Art, the Metropolitan Museum and the National Gallery, among others.