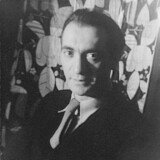 Born 1892. Died 1965.
Interested in selling a work by Nickolas Muray?
Get an Estimate

Works by Nickolas Muray at Sotheby's 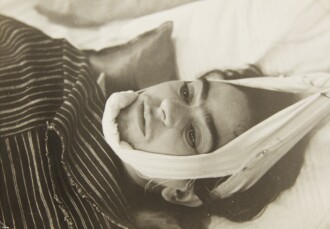 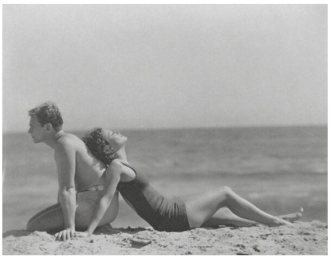 Olympic swordsman, dance critic, aviator – Nickolas Muray was a man of many talents, but he is best remembered for his expressive and technically masterful color photographs of prewar luminaries, especially of Frida Kahlo, with whom Muray had a decade-long affair.

Nicholas Muray was born Miklós Mandl into a middle-class Jewish family in Szeged, Hungary, on 15 February 15 1892. He attended graphic arts school in Budapest, where he learned printmaking techniques as well as photography. Muray sailed to New York at the first rumblings of war in 1913, and found work as a color printer. By the early 1920s, he had established a studio in Greenwich Village in New York, which was a locus of fashionable society, and regularly contributed celebrity portraits to Harper’s Bazaar. He began an off-and-on liaison with Frida Kahlo in 1931, which outlived her divorce and remarriage to Diego Rivera, and the two remained close friends until her death in 1954. During these years, Muray took many compelling portraits of Kahlo, including a now-iconic seated pose in an elaborate floral dress and headband against a vibrant textile backdrop. In his later career, he turned more to commercial photography, creating compelling ads for Lucky Strike as well as a famous wartime propaganda image entitled Soldiers of the Sky. A lifelong fencer who had competed admirably in both the 1928 and 1932 Summer Olympics, Muray suffered a fatal heart attack in the fencing gym at the New York Athletic Club on 2 November 1965.

Muray’s photographic work has been accessioned into the permanent collections of such important institutions as the Museum of Modern Art and Metropolitan Museum of Art, both in New York, and the George Eastman Museum, Rochester. In April 2019, Sotheby’s sold a group of 78 portraits by Muray which provided fascinating insight into the cultural landscape of Mexico in the 1920s, ’30s and ’40s, and represented the most significant offering of his work to appear at auction to date.