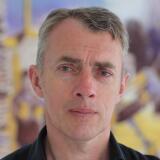 Works by Neo Rauch at Sotheby's 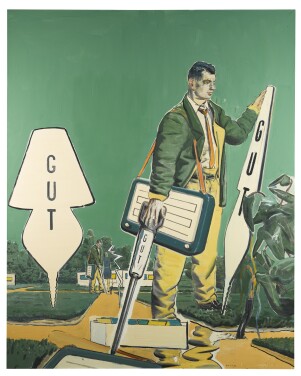 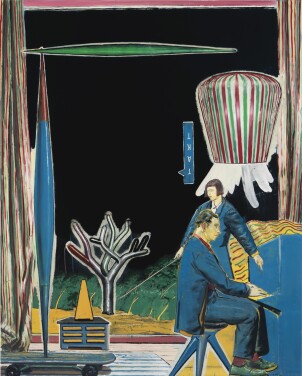 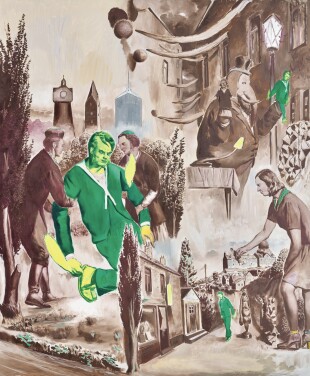 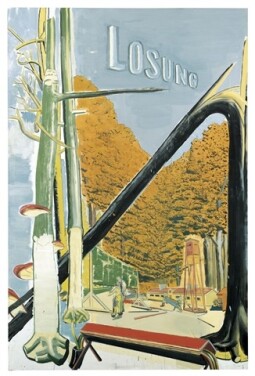 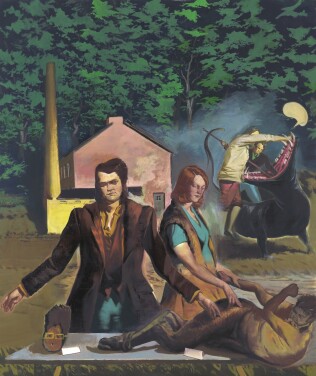 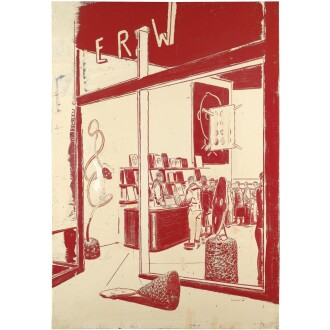 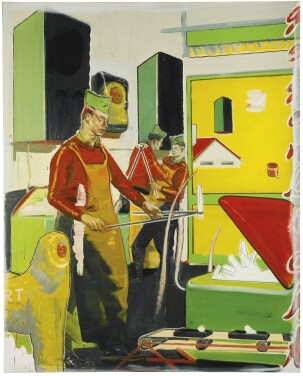 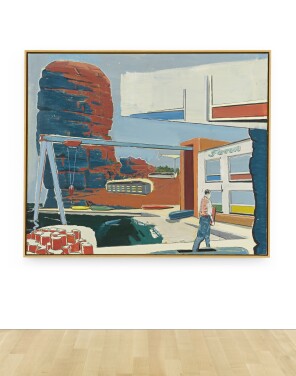 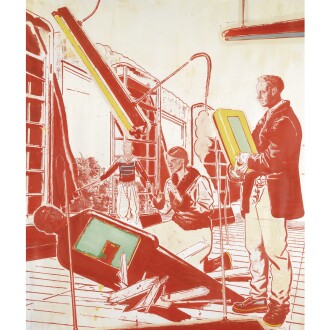 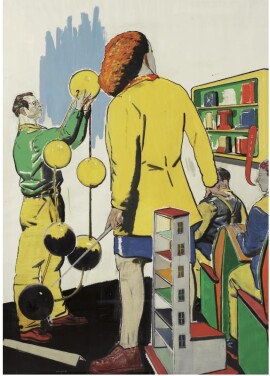 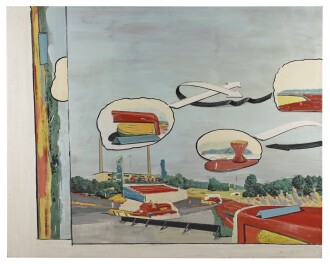 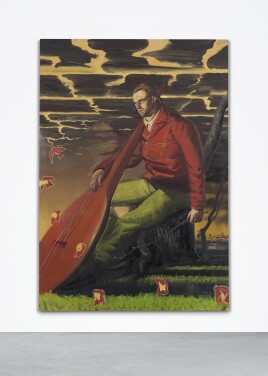 The work of contemporary artist Neo Rauch uniquely combines personal and political history to explore the legacy of Socialist Realism and the effects of industrial contemporary life through a distinctively Surrealist visual lens. Many of his works recall Giorgio de Chirico’s Metaphysical paintings that capture the simultaneous alienation and dynamism of ever-changing urban life. Neo Rauch has captivated collectors and art historians with his fluctuation between East and West, landscape and the manmade, and abstraction and figuration.

Born in East Germany in 1960, Rauch was raised by his grandparents in Aschersleben, after his parents died in a train accident when he was one month old. He attended the Leipzig Academy of Visual Arts, and after the fall of the GDR, he worked as assistant to Sighard Gille and his former Professor Arno Rink at the Leipziger Akademie until 1998. He and many of his classmates including Martin Kobe, David Schnell and Tilo Baumgärtel made up the New Leipzig School within the context of post-reunified Germany, although most of its members refuse such classification. Rauch often collaborates with fellow artists, including his wife Rosa Loy, with whom he shares a studio in an abandoned cotton mill.

Rauch’s work is held in the permanent collections of major museums of contemporary art around the world including the Metropolitan Museum, New York; the Goetz Collection, Munich; the Los Angeles County Museum of Art; the Guggenheim Museum, New York; the Gemeentemuseum, the Hague, the Museum Ludwig, Cologne; and many others. He has been awarded a wide array of awards and accolades including the 1992 Renta-Preis, Nuremberg, the 2002 Vincent Award, the Netherlands, the 2005 Kunstpreis Finkenwerder, and the 2012 Order of Merit of Saxony-Anhalt. Rauch is one of the most expensive living German artists: his painting Gut Gut sold at Sotheby’s for $1.2 million in 2016.

Museums with Works by Neo Rauch

Type: museum
Los Angeles County Museum of Art
Los Angeles, California | California
Type: museum
Solomon R. Guggenheim Museum
New York, New York | New York
Type: museum
The Metropolitan Museum of Art
New York, New York | New York
Type: museum
Museum Ludwig
Cologne
Artist Image: Credit: dpa picture alliance / Alamy Stock Photo
Please note that prior performance of the indexes and realized returns contained herein does not guarantee future results. In addition, there is no guarantee that random collections of individual works of art or stocks will yield index returns. We are not financial advisors and we are not in the business of recommending art as an investment. We also have no comparative advantage in forecasting the future direction of the art market. Investment decisions should be based on the risk return tolerance and time horizon of the investor with, if desired, the support of a licensed financial advisor. This information is provided "as is" and with no representations or warranties either express or implied of accuracy, merchantability, fitness for a particular purpose or of any other nature are made with respect to this information or to any expressed views presented in this information.