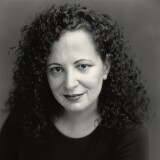 Born 1953.
Interested in selling a work by Nan Goldin?
Request an Estimate

Influenced by the direct and unflinching style of such photographers as Helmut Newton, Diane Arbus, August Sander, Nan Goldin is most well known for her autobiographical images that depict deeply personal relationships. Her most famed work, The Ballad of Sexual Dependency (1980–86), is a slideshow accompanied by music, with images set within her life in New York City during the 1980s. First exhibited in the 1985 Whitney Biennial, the work continues to resonate with audiences; it was displayed as recently as 2016 at the Museum of Modern Art, New York

Born in Washington, DC, in 1953, Golden grew up in the suburbs of Boston, Massachusetts. When Goldin was eleven, her older sister committed suicide; the tragedy had a profound impact on the artist. When she was introduced to photography at the age of fifteen, she immediately began to utilize the medium to both document herself and those closest to her, as well as begin to explore social issues that were too often ignored, such as the HIV crisis in the 1980s and the current opioid epidemic. Despite the raw, intimate nature of her work, Goldin has always maintained a level of respect for her subjects, such as the gay and transgender communities she often documented; her aim has always been to bring these underrepresented communities to light, not illustrate them as spectacles.

Following graduation from the School of the Museum of Fine Arts, Boston, in the late 1970s, Goldin relocated to New York City. The photographs she took between 1979 and 1986, when she spent a great deal of her time within the drug-based subculture of the Bowery neighborhood, ultimately became the primary subject matter of The Ballad of Sexual Dependency.

Today, Goldin splits her time between the US and Europe. Her works are held, and continue to be acquired, by major collections worldwide, including the Tate Modern, London; the Museum of Contemporary Art, Los Angeles; and the Centre Pompidou, Paris, among many others.

Museums with Works by Nan Goldin