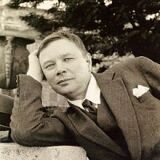 Works by Mikhail Larionov at Sotheby's 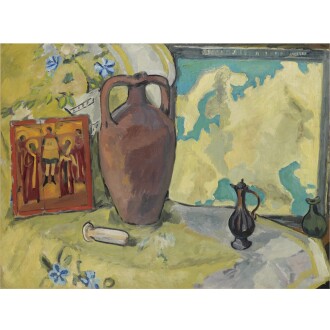 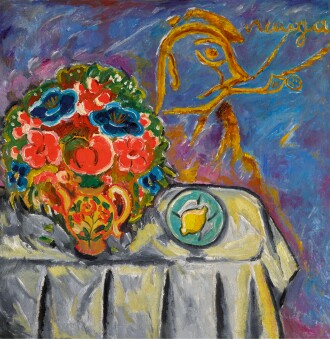 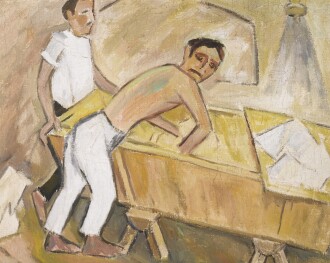 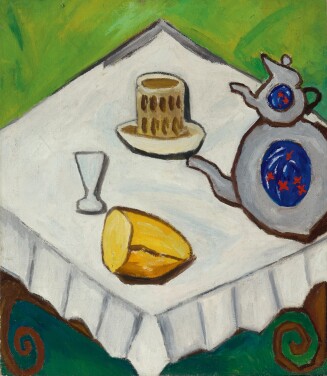 A linchpin in the development of the avant-garde in Russia, Mikhail Larionov is often seen as a bridge between modern French art and Russian visual culture of the early twentieth century. Born in Tiraspol in the sunny South of the Russian Empire, he spent his youth in Moscow and revolutionised the local art scene, reinventing the concept of a national art in Russia. As a student he was suspended from the Moscow School of Painting, Sculpture and Architecture not once but three times and later scandalised the good citizens of Moscow by going about with futurist face paint and clothes. He emigrated to France during the First World War where his limitless energy found expression in the world of theatre and ballet, notably in collaboration with Serge Diaghilev’s Ballets Russes.

Perhaps unusually for an artist Larionov was an efficient organiser of people and exhibitions. He was also as a skillful self-promoter, he often pre-dating his canvases to make them appear earlier than they were. He founded the radical Jack of Diamonds group in 1909 only to abandon it in 1912, accusing the other members of an over-subservience to Western art and went on to found the even more radical but short-lived Donkey’s Tail which promoted a re-orientation towards Russian popular culture, folklore, crafts and lubok prints as the sources of a truly modern Russian art.

One of his most significant contributions to art history was his neo-primitivist canvases of the end of the 1900s. Works such as Kneading Dough, sold at Sotheby’s for £1,875,000 in 2014, show his familiarity with the development of Western, in particular German, art and the works of Alexei Jawlensky, whom he had known since his student days. In its depictions of Russian provincial life however it also marks the stirrings of a new national school. As Camilla Gray wrote in her introduction to the catalogue of his 1961 UK retrospective ‘Without Larionov, it is impossible to imagine how Malevich and Tatlin could have reached their historical conclusions’.

Although not the earliest abstract artist (as he would have us believe from his pre-dating) Larionov was certainly among the first artists to produce abstract works. Together with Natalia Goncharova, his life-long partner and collaborator, Larionov developed a new movement, Rayonism, which was an important early contribution to non-figurative painting.
He was the subject of a comprehensive retrospective at the Tretyakov Gallery in Moscow last year and although not yet the household name he deserves to be in the West, his paintings can be found in the collections of the Guggenheim, MoMA, the Tate, LACMA and the Centre Georges Pompidou. His current auction record was made at Sotheby’s in 2007 with the sale of Still Life with Jug and Icon which sold for £2,260,000. In June 2019 Sotheby’s sold another Still Life from the same period, which sold for £2,175,000 joining Still Life with Jug and Icon and Kneading Dough as the three most expensive works by the artist to have sold at auction.

Museums with Works by Mikhail Larionov 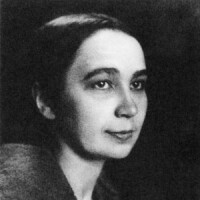