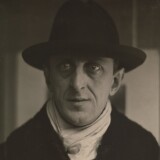 Works by Marsden Hartley at Sotheby's 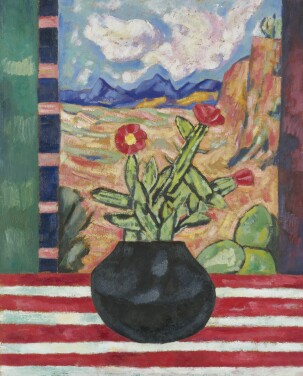 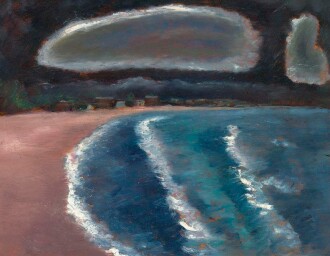 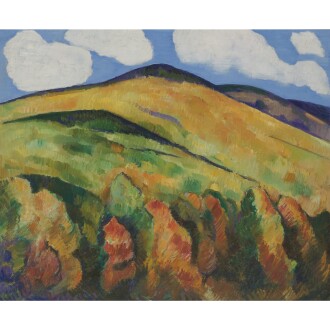 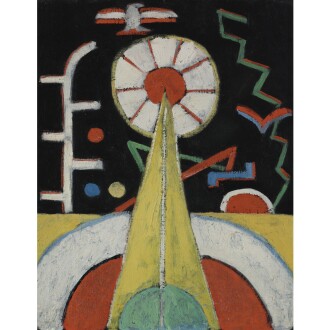 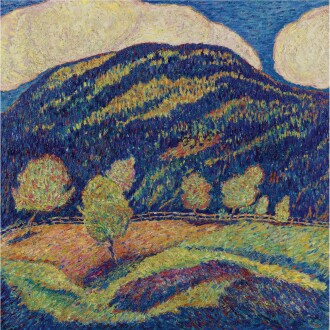 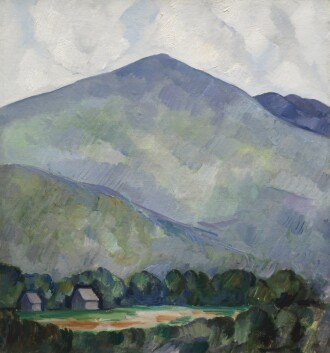 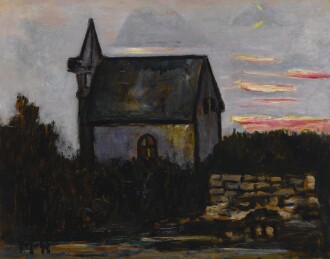 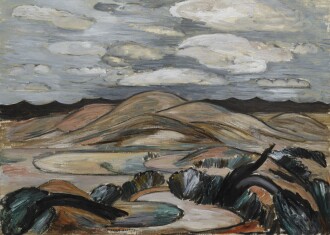 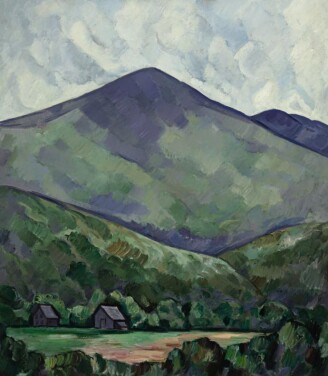 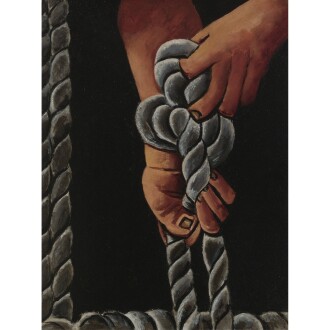 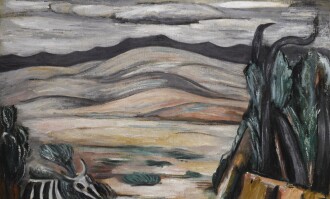 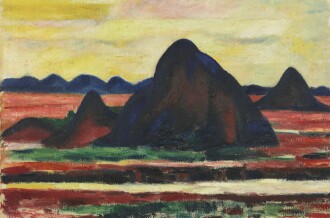 Recognized as one of the leading artists of American Modernism, painter Marsden Hartley developed a unique style that largely revolved around landscape, strong colors and geometric abstraction. Hartley was born in 1877 in Lewiston, Maine, but when he was eight his mother died and he was sent to live with a relative in the nearby city of Auburn, where he endured a lonesome and unhappy childhood. He rejoined his immediate family in Ohio in 1893, and began studying at the Cleveland School of Art. His work caught the attention of one of the schools trustees, who granted him the financial means to continue his studies in New York City for five years, beginning in 1899; his skill as an artist improved dramatically, and in 1902, while studying at the National Academy of Design, he won the school’s Suydam Silver Medal for still-life drawing.

Although Hartley began to travel extensively in his first years in New York, he still developed and maintained an impressive circle of professional acquaintances and friends in the city; one such friend was the acclaimed photographer and gallerist Alfred Stieglitz, whom he met in 1909 and gave Hartley a solo show at his famed 291 gallery. Although by this point Hartley was well traveled within the Northeast, in 1912 he made his first trip to Paris, where he encountered the work of French modernists such as Paul Cézanne and Henri Matisse. He subsequently moved to Berlin, Germany, where he became acquainted with Wassily Kandinsky and Franz Marc. All of Hartley’s artistic encounters in Europe deeply influenced him and his developing style, and are reflected in his work from the time, but, at the outset of World War I, he was forced to return to New York. This did not signify the end of his travels, however, as over the next few decades he would undertake extensive travels across the United States, completing works in New Mexico, California, and, most regularly, in Provincetown, Massachusetts. Following the war, too, he would resume traveling internationally.

In 1937, after somewhat of a falling out with Stieglitz, Hartley settled in Bangor, Maine, but his health by this point had begun to deteriorate, and he died of heart failure in 1943. After a career spanning several decades and two continents, Hartley’s ensuing oeuvre is fantastically diverse in its aesthetic and style—no doubt contributing to his standing as one of the most innovative and pioneering American painters of the 20th century. His works range from pure abstractions to contemplative landscapes, and nearly all display Hartley’s mastery of color. Today, his work has come to be a cornerstone of many modern and encyclopedic collections, including the Metropolitan Museum of Art, New York; Whitney Museum of American Art, New York; National Gallery, Washington, DC; Los Angeles County Museum of Art; and the Art Institute of Chicago, among others.

Museums with Works by Marsden Hartley