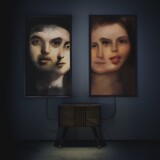 Works by Mario Klingemann at Sotheby's 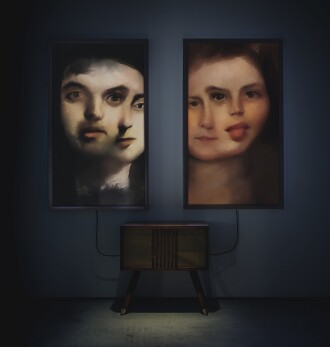 A pioneer in the field of neural networks, computer learning and artificial intelligence, German artist Mario Klingemann uses cutting edge techniques to examine age-old questions about creativity, culture and perception. Describing his oeuvre, Klingemann noted, “If there is one common denominator it’s my desire to understand, question and subvert the inner workings of systems of any kind.” The resulting work – from grotesque “neurographs” arrived at through a Tinder-like voting system, to an infinite stream of entirely machine-generated portraits – challenges traditional media and aesthetic principles, offering a tantalizing glimpse into what the future may hold for contemporary art.

Born in 1970, Klingemann grew up in the age of the first handheld computer games, arcade machines and home computers. An autodidact, Klingemann began learning computer programming in the 1980s, and aspired to a career that synthesized technology and the visual arts. Finding no such option available at the time, Klingemann started his professional life in advertising and design. In 1994, he began creating websites on the still-nascent World Wide Web, and in 1997 Klingemann co-founded coma, a collective of media artists. Since then, his artistic practice has evolved alongside breakthroughs in AI and deep learning, with Klingemann’s contributions at the leading edge.

Klingemann currently lives in Munich, Germany, where he also runs a space called Dog & Pony. He is an Artist in Residence at Google Arts & Culture, and also works with institutions like the British Library, Cardiff University and the New York Public Library. His works have been shown at the Ars Electronica Festival, the Museum of Modern Art in New York and the Centre Georges Pompidou in Paris, among others. In 2016, Klingemann received the British Library Labs Artistic Award, and in 2018 he won the Lumen Prize Gold, which recognizes works of art made using technology. In 2019, his largest project to date, Circuit Training, was installed at the Barbican’s AI: More Than Human exhibition in London.