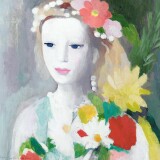 Works by Marie Laurencin at Sotheby's 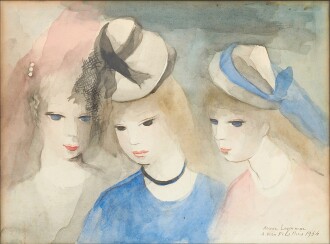 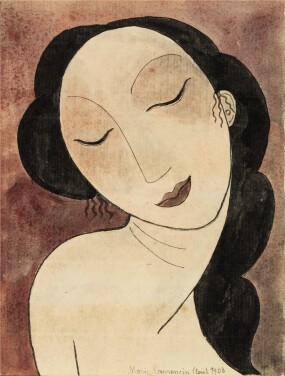 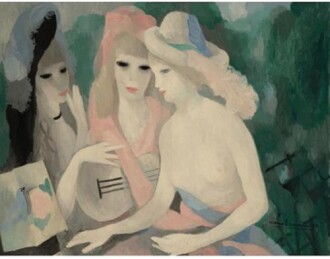 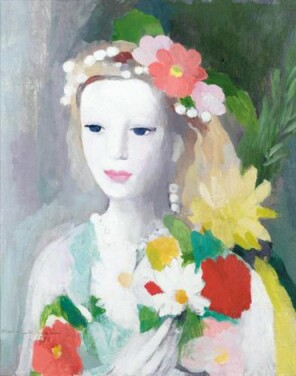 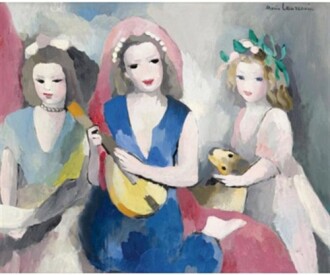 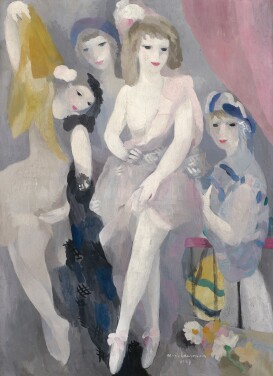 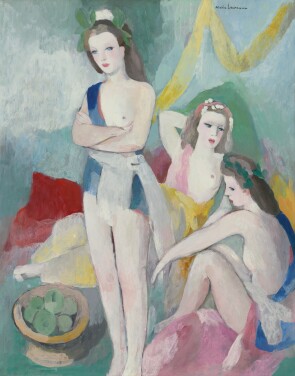 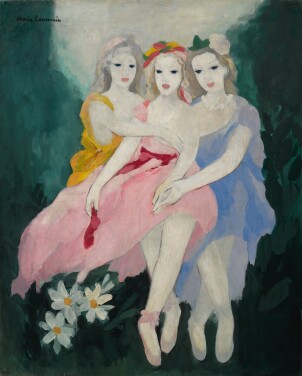 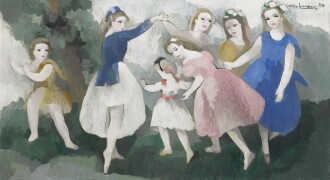 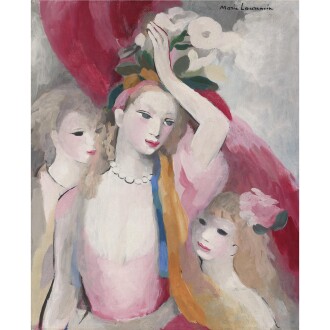 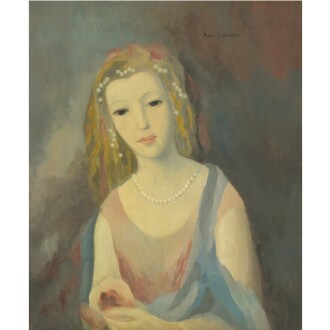 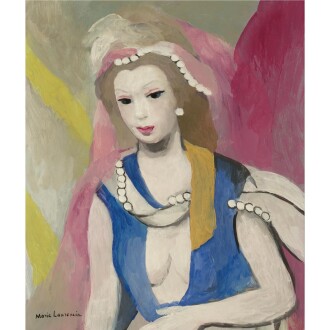 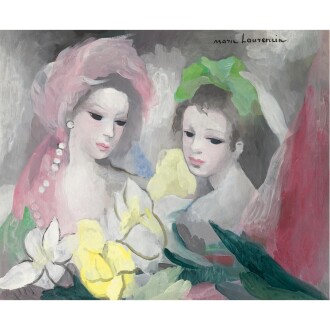 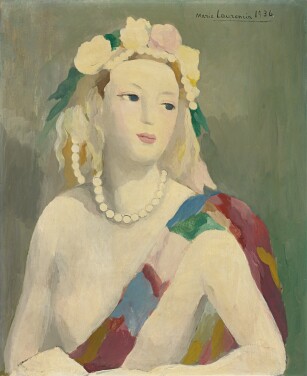 Marie Laurencin, a central figure in the bohemian world of Paris, is best remembered for her stylized portraits of luminous, dark-eyed ingenues lounging in muted pastel interiors.

Marie Laurencin was born on October 31, 1883 in Paris. She studied porcelain painting in Sèvres before returning to Paris to study oil painting at the Académie Humbert. In the early part of the 20th century, she moved in two distinct circles of avant-garde artists: The Cubists of Montmartre who coalesced around Picasso and Braque, and the Section d'Or collective of painters, poets and critics based in the Parisian suburbs. This latter group rose to prominence after their showing at the 1911 Salon des Indépendants, which Laurencin participated in at the urging of her then-lover Guillaume Apollinaire; other contributors included Robert Delaunay and Albert Gleizes. In 1913, she contributed an image to the groundbreaking Armory Show in the United States. During the Great War, Laurencin went into exile in Spain with her German husband, Baron Otto von Waëtjen, and returned to Paris after their divorce in 1920. She achieved a short-lived financial success until the Great Depression, after which she served as an art teacher at a private school. She died in Paris on June 8, 1956. Upon the centenary of her birth in 1983, the Musée Marie Laurencin opened in Nagano, Japan, with a permanent collection of more than 500 of her paintings, drawings, and prints.

Today, Laurencin's works can also be found in the Museum of Modern Art in New York, the Tate Gallery in London and the Haggin Museum in Stockton, California.