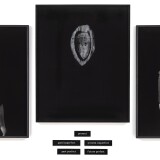 Works by Lorna Simpson at Sotheby's 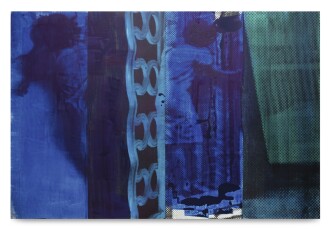 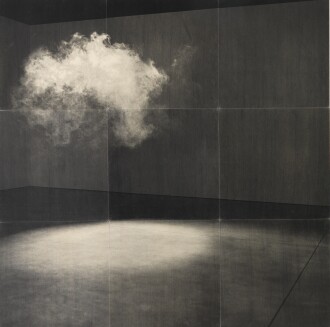 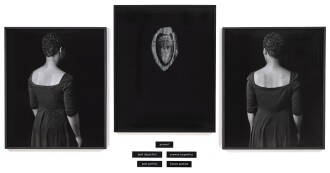 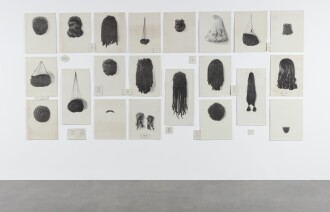 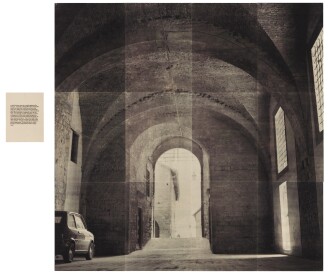 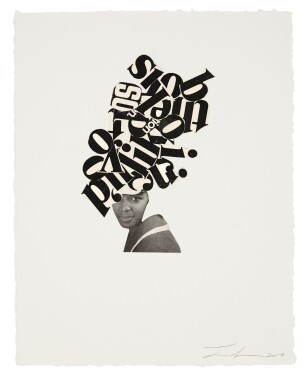 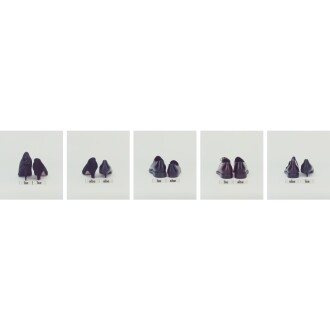 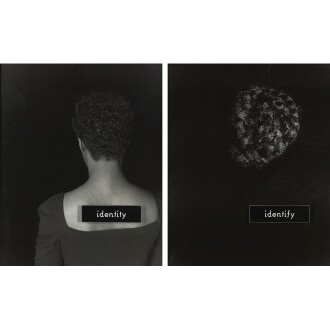 Contemporary African-American artist Lorna Simpson rose to global prominence during the 1980s for her photo-text work, which investigates the tensions between historical memory, popular representation and the conception of self. Her practice later expanded to incorporate audio and video elements. In recent years, she has been creating and exhibiting monumental paintings of shrouded figures, typographic fragments and stark polar icescapes.

Simpson was born on August 13, 1960 in Brooklyn, New York. She attended the High School of Art and Design in Manhattan and took summer courses at the Art Institute of Chicago before earning a BFA in Photography at the School of Visual Arts and an MFA at the University of California at San Diego. Her first solo show, Gestures/Reenactments (1985) comprised a series of radically cropped black-and-white portraits paired with text panels presenting snippets of dialogue (“say girl—ain't you color film at least?”) That year, Simpson was also awarded a National Endowment for the Arts Fellowship; five years later, she became one of the first African-American women to exhibit at the Venice Biennale and to hold a solo show at the Museum of Modern Art in New York. At the dawn of the new millennium, she began exploring the medium of video installations, which were presented at such venues as the Galerie Obadia in Paris and Wohnmaschine in Berlin. She premiered her first paintings to wide acclaim at the 56th Venice Biennale in 2015. In 2018, she was awarded a doctorate honoris causa from Philadelphia's University of the Arts. Simpson lives and works in Brooklyn.

Lorna Simpson's work is represented in scores of public collections, including the Whitney Museum of American Art in New York, and the Tate Modern in London, and the Israel Museum in Jerusalem.